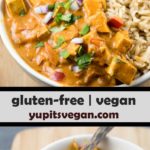 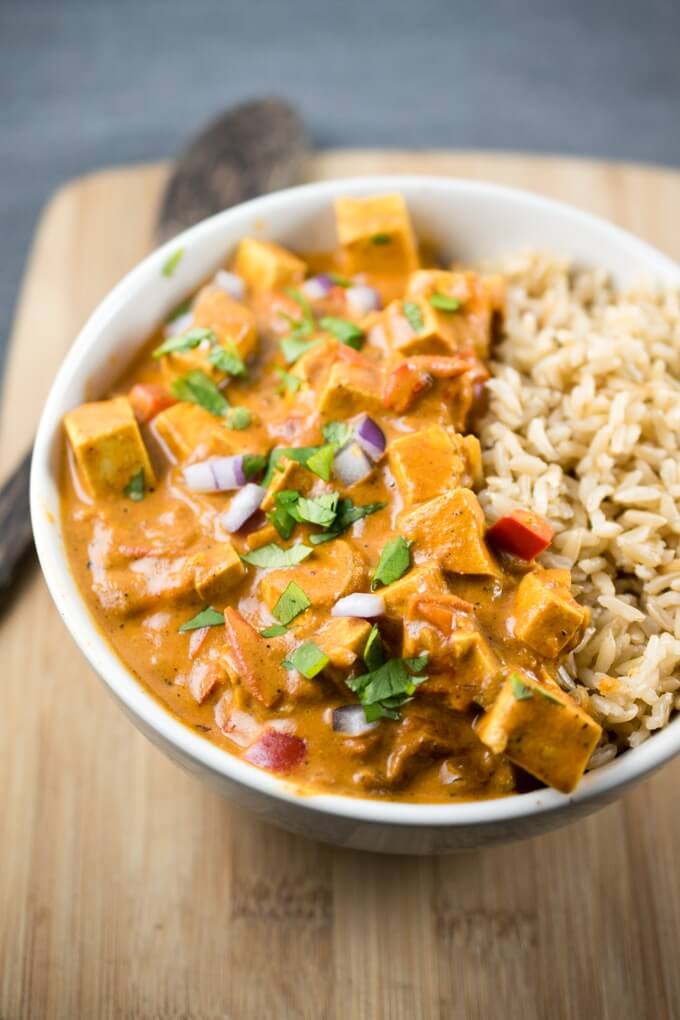 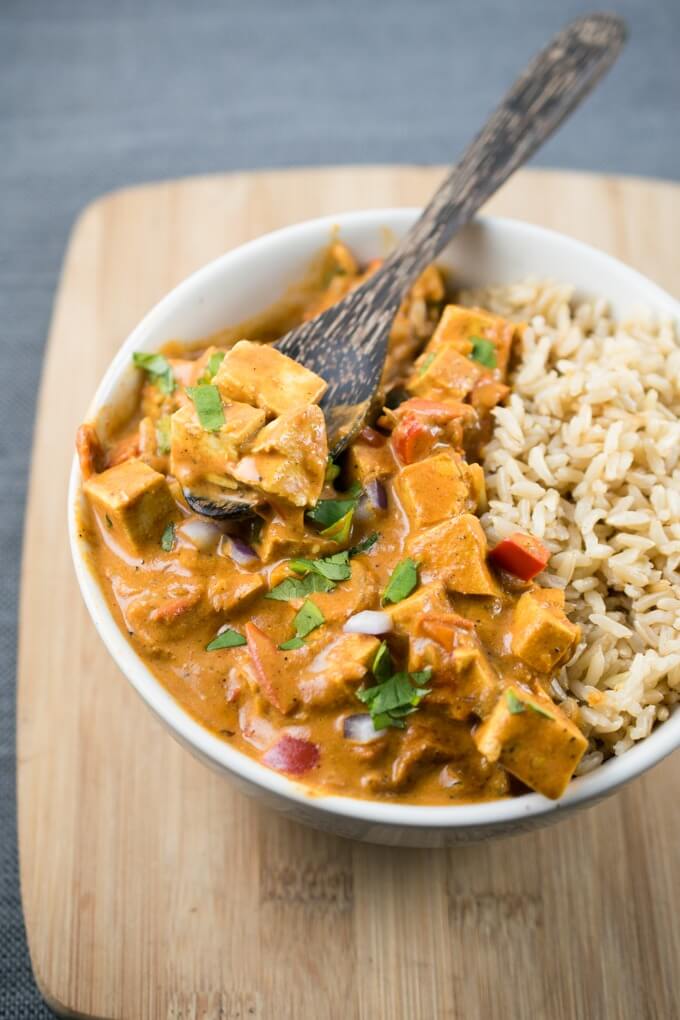 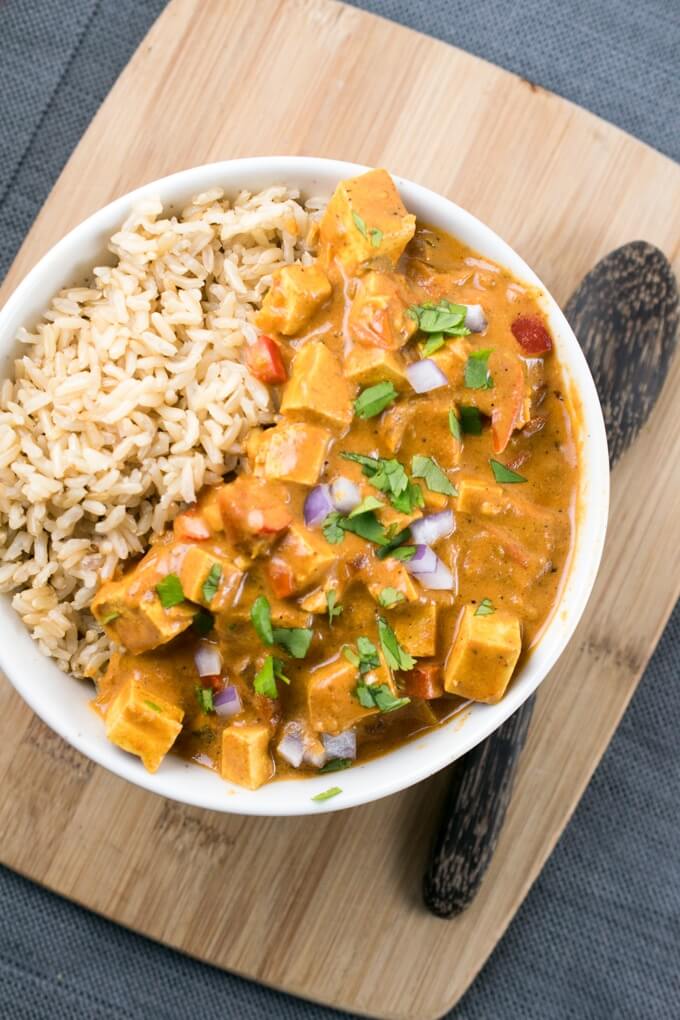 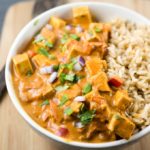 CASHEW CREAM: I'm usually too lazy to do this extra step, but for a more authentic tikka masala flavor, this recipe is even better with cashew cream substituted for the coconut milk. For the cashew cream, use 3/4 cup raw cashews plus 1 and 3/4 cups water and 2 tsp lemon juice. NO SLOW COOKER: Bring the mixture to a boil in a saucepan. Reduce to a gentle simmer, then cook covered for 25-30 minutes, stirring occasionally, or until tomatoes are broken down and tofu has absorbed the sauce flavor. NUTRITIONAL YEAST: The nutritional yeast gives a slightly cheesy, funky undertone that makes this tikka masala taste more similar to one made with dairy. To omit it, add 1/2 tbsp of olive oil or vegetable oil, and brown the onions more deeply before continuing with the recipe. If you have soy sauce on hand, also add 1/2 tbsp to replace the umami. 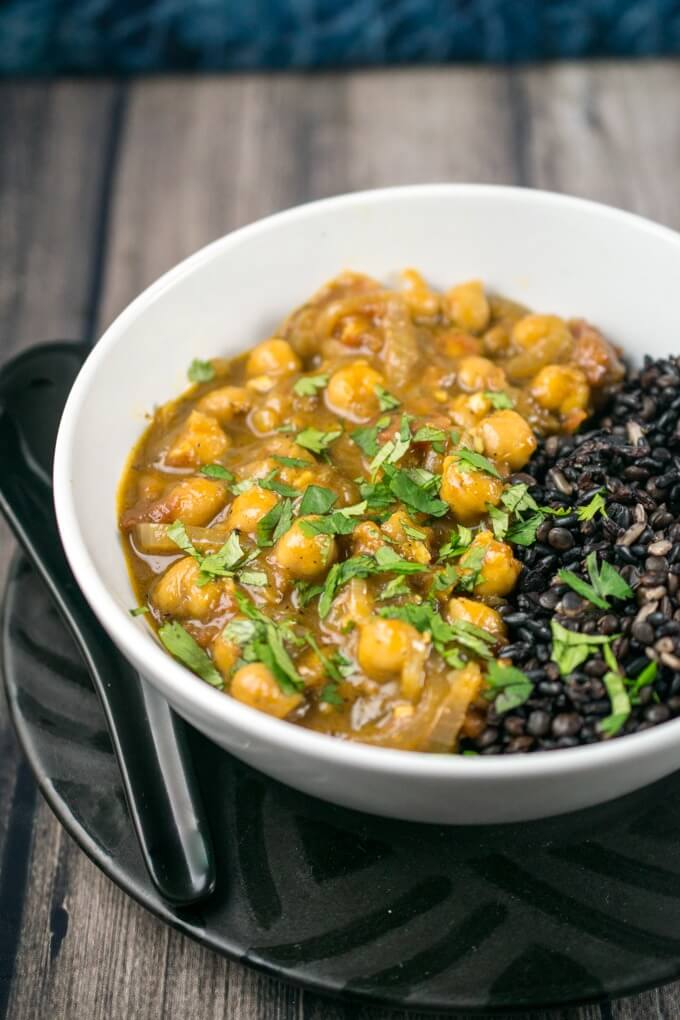 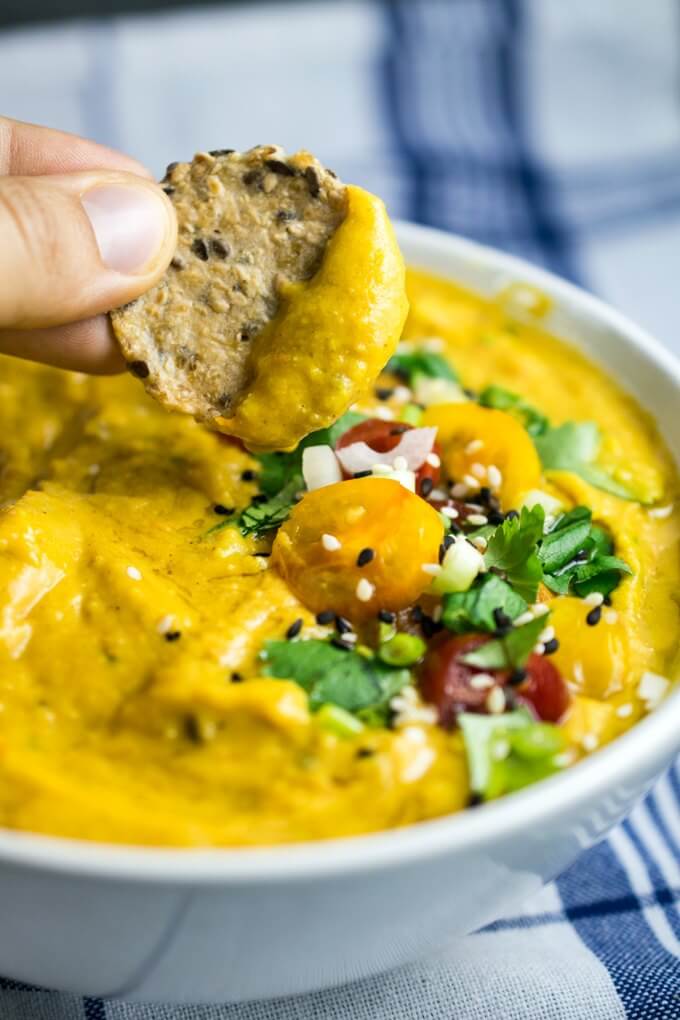 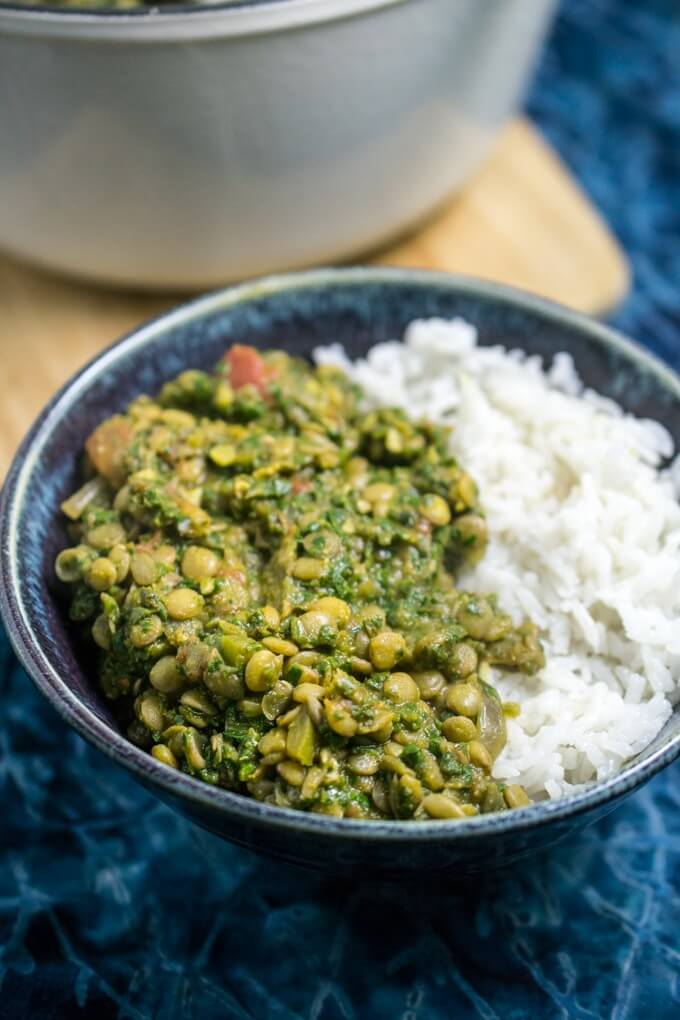