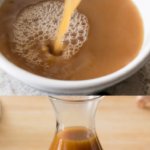 This vegan beef broth is a savory, umami-packed vegetarian beef stock that can be used as a substitute for the real thing. 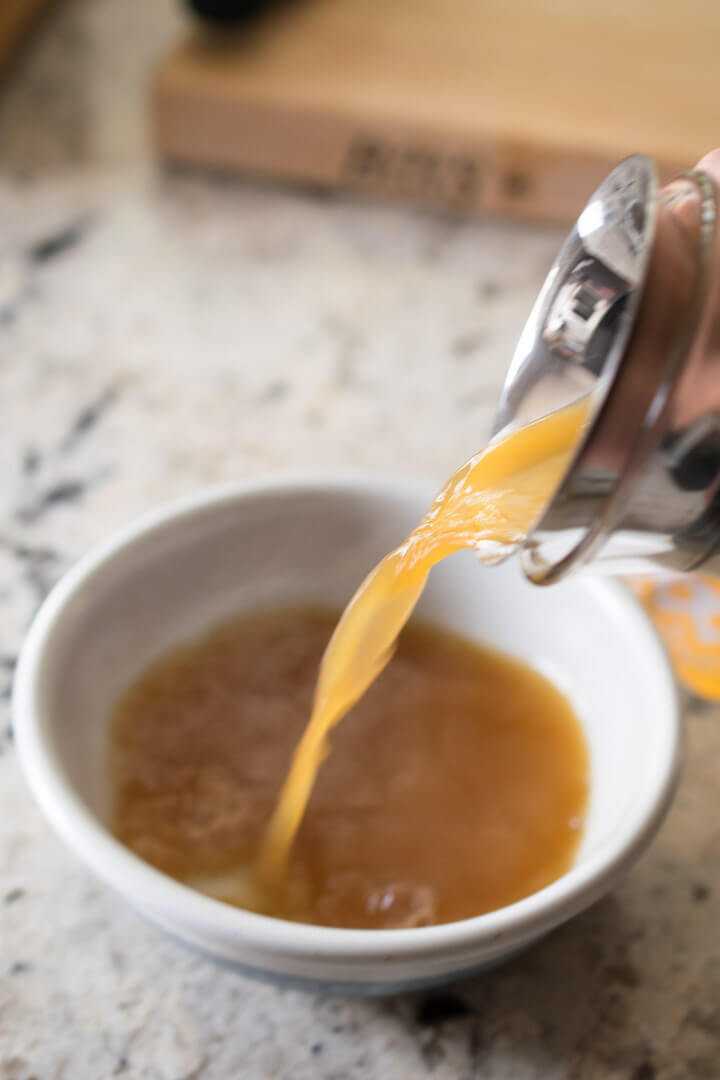 I knew from the moment I typed “vegan beef broth” on this post that the name would anger some people. I see you and I see your anger. If you don’t want to make this recipe because of the name, feel free to make a different one :).

The inspiration for this recipe comes from America’s Test Kitchen‘s plant-based cookbook that came out last year. The whole book is great, but their umami broth was one of the first things I fixated on. It packs a punch with many very savory ingredients, so much so that my kitchen smelled “beefy” as I whipped it up. 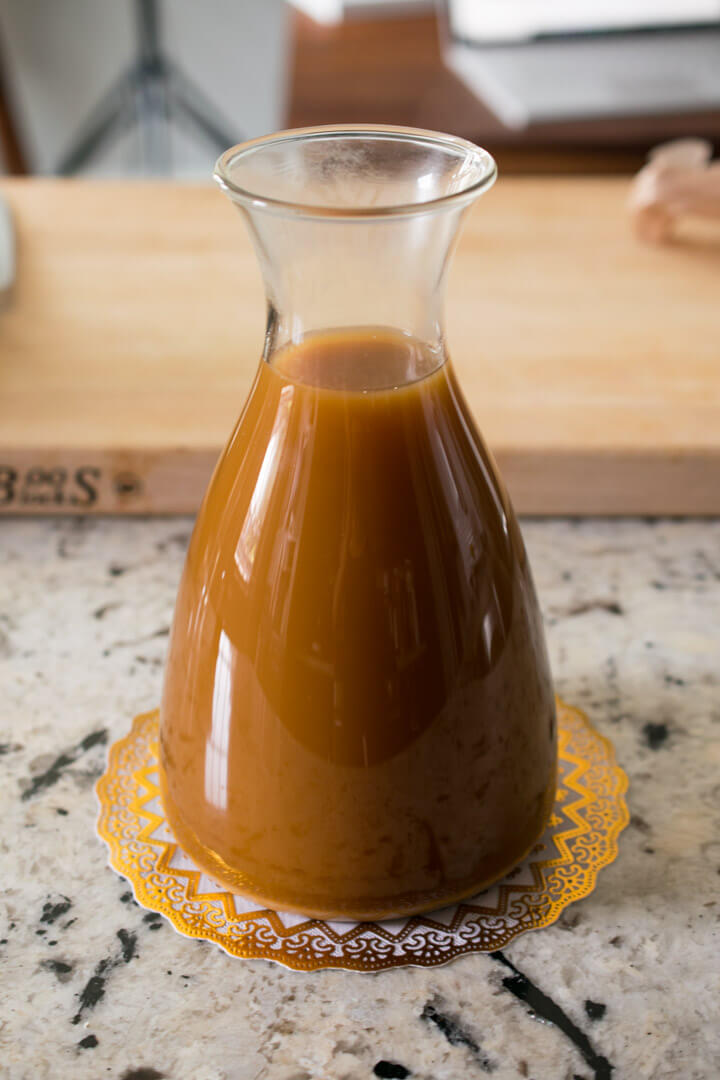 The most unusual (and I think crucial) ingredient in the recipe is fermented black beans. They can be purchased on Amazon at that link, or found at Asian grocery stores. You can’t use regular black beans, it’s a different thing. These are black soybeans that have been salted and fermented. The unique flavor is a necessity for this vegan beef broth. It’s the same thing that would be found in black bean sauce at Chinese restaurants. 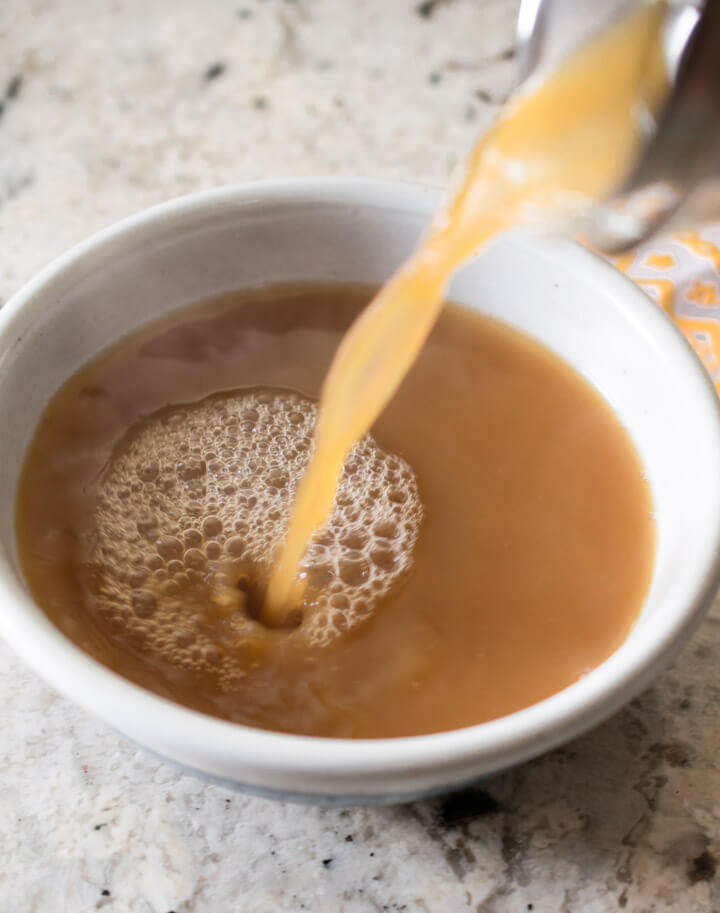 ATK uses a bunch of dried mushrooms in their stock, but as you might know by now, I hate mushrooms. I can tolerate them somewhat if there are no solid pieces of them remaining in a dish, but I didn’t really want to have to furnish my pantry with them because I wouldn’t use them in anything else.

Instead I turned to a replacement umami bomb that I *do* keep on hand all the time: sundried tomatoes, which I’ve always found to have a slightly meaty flavor. Tomato is a natural glutamate powerhouse, so it makes sense to me that the sun drying process would concentrate it even more. The tomatoes also help give this beef-less broth a nice, rich, golden color in the end product.

After you get all of the (admittedly) weird vegan ingredients assembled for this recipe, the rest is super easy. Put everything in a pot, bring it to a boil, strain it, and then die and go to umami heaven. 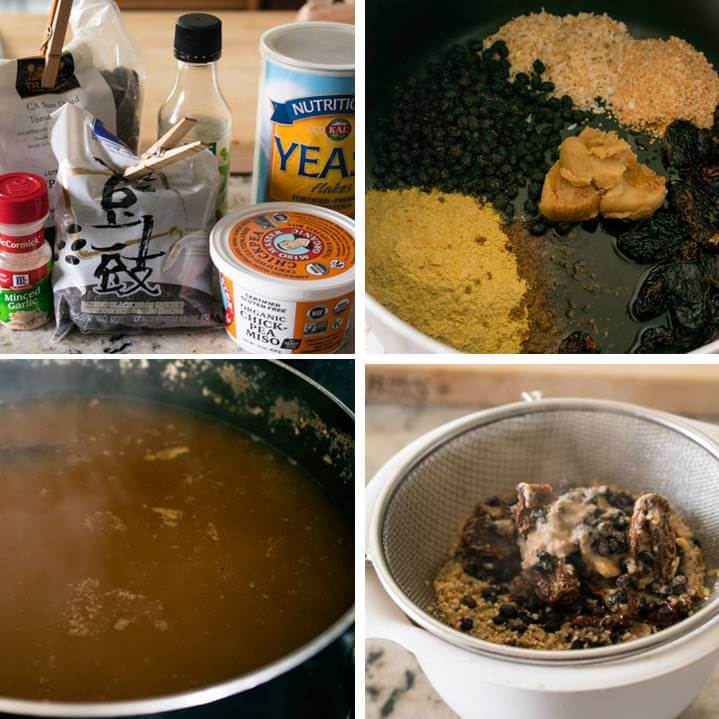 The level of straining is a matter of preference. If you want your beef-less stock super clear, you can strain it through cheesecloth. I don’t care too much about that, so I strain mine with a sieve only.

I prefer this recipe over the powders or concentrates (sold by various brands like Orrington Farms, Better than Bouillon, etc.) because it’s made with whole foods that I recognize and honestly tastes better too. There are certain foods where I prefer the commercial version to homemade and I’m not afraid to admit it… but vegan beef broth is not one of those foods.

I’ll be back here soon to violate the sensibilities of traditionalists who love a certain classic French recipe that uses beef broth. In the meantime, this would also be fantastic in my hearty vegetable stew or in a batch of vegan gravy. 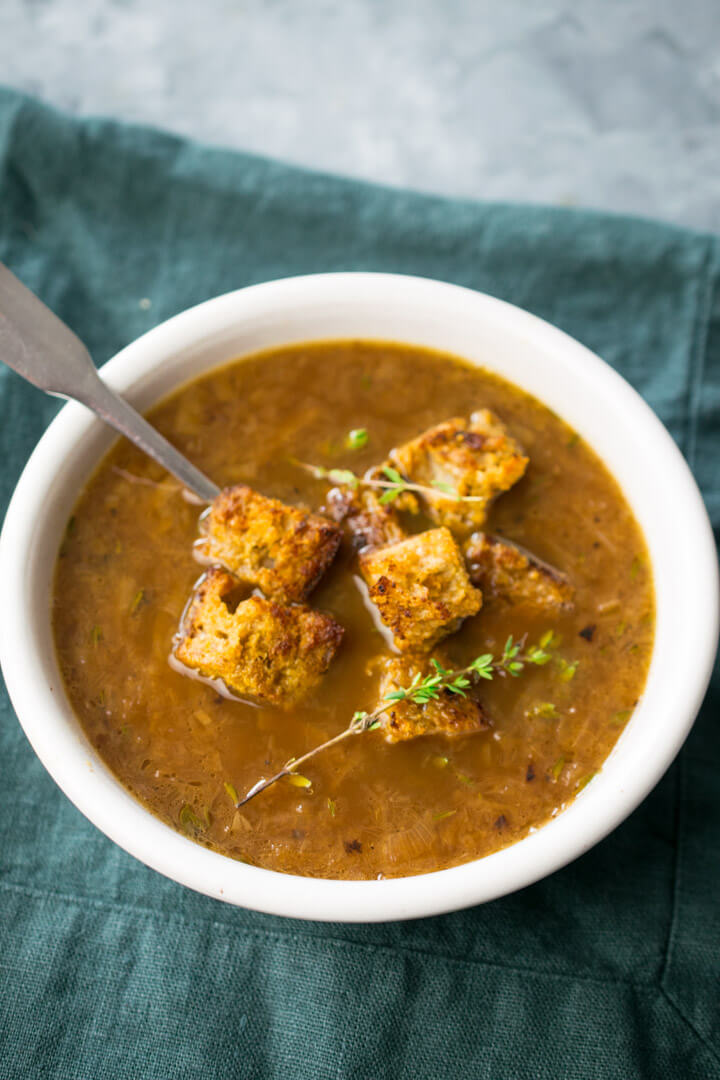 This makes enough for two big pots of soup. It freezes great, so feel free to do that with the excess, reducing it first if you prefer. I like to freeze mine in an ice cube tray so that I can use the cubes as needed. 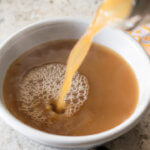 Recipe adapted from America's Test Kitchen. Nutrition facts are an estimate based on the assumption that some of the nutrition is retained by the solids which are strained out of the broth after cooking.