I have to admit that I’ve always had a soft spot for store-bought meatless vegan meatballs. The kind that are made of isolated-soy-something-or-other, but have the most amazing chewy texture and savory flavor. I reserve those for an occasional treat, but honestly, I crave them a lot more often than that. Unfortunately, my experience with homemade vegan meatballs in the past has been that they taste nice on their own, but disintegrate in sauce. Even worse is if you end up with meatless meatballs that are mushy inside. Meh. 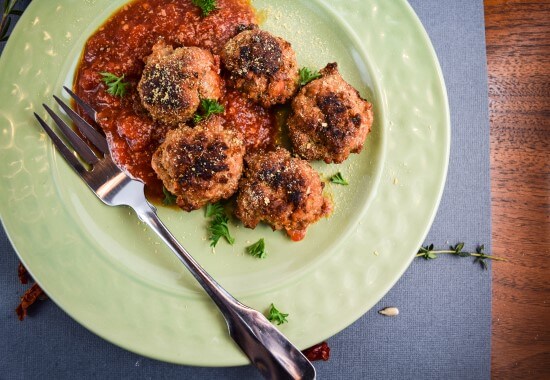 Thankfully, after a lot of tinkering around in the kitchen, I’ve come up with a vegan meatball recipe that is worthy of sauce, and completely rivals those vegetarian meatballs in the freezer aisle. Plus, instead of paying $5 for like 3 servings of meatballs, this recipe makes several dozen for only a couple dollars’ worth of ingredients.

The first thing I wanted to achieve in these vegan meatballs is a chewy texture with structural integrity. You should be able to use them anywhere non-vegan meatballs are used, which means that they have to stay together in a sauce. For both chewiness and binding power, I turned to vital wheat gluten. Vital wheat gluten is a flour made by washing away the starches from wheat until only the protein is left. 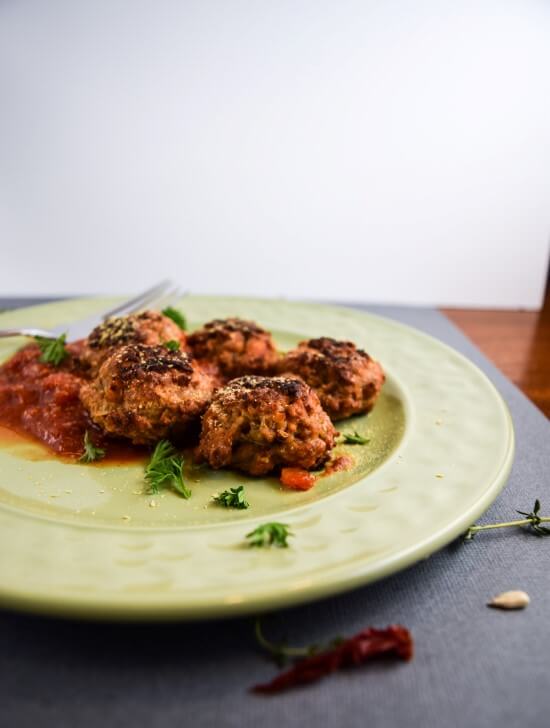 Sometimes gluten-based vegan meat alternatives get a little too bread-like in texture. But if this vegan meatball was going to behave like a classic meatball, I needed the gluten structure to give away to a moist, tender interior. For that reason, I decided to add chickpeas to the mixture. The already-cooked chickpeas don’t absorb any further moisture during baking, so they help the inside of the vegan meatballs stay moist.

The second thing I set out to accomplish in making these vegan meatballs resemble the real thing is an ever-so-slightly chunky interior, to mimic the behavior of cooked ground meat. There are two features of the recipe that make this happen: the first is the use of ground nuts, which have a bite to them, but soften just enough after cooking that they’re still tender. The second thing is the way that the vegan meatball mixture is combined. The other dry ingredients are pulsed together, but not completely pureed, and the gluten is mixed in in two stages. This allows the gluten to form around little pockets of the other ingredients, so that instead of having a uniform texture throughout the inside of the meatball, there’s some textural variation. Serve with marinara sauce, teriyaki sauce, or anything else you like! 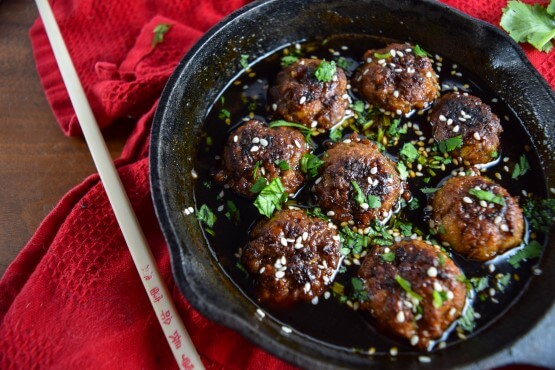 I’ve gotta say, I’m completely in love with this recipe. These vegan meatballs have been fantastic simmered in classic red sauce, teriyaki sauce, or just eaten on their own with a little ketchup for a lazy dinner. I don’t monitor my protein intake, but for those of you who do, these things are packed with protein thanks to the gluten (which is pretty much pure protein), chickpeas, and nuts. They are also whole foods, plant-based compatible due to being completely oil- and sugar-free. Take your meatless meatballs to the next level and give this recipe a try! 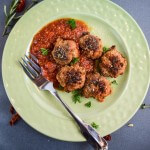 To prepare the vegan meatballs:

For cooking the vegan meatballs in a sauce:

Unfortunately, there is no way to make this recipe gluten-free, since the gluten flour is so important to the structure and texture. Bob's Red Mill brand (linked in the ingredients list and blog post) is by FAR my most recommended brand of vital wheat gluten flour. In my opinion the combination of price and quality is the best; however, other brands such as Arrowhead Mills should still work for the recipe. The reason I call for raw nuts is that toasted nuts can have an overpowering flavor. If you can only find toasted nuts then I recommend mixing and matching (as opposed to using only 1 type) so that no 1 flavor overpowers the others. In addition to almonds, walnuts, and cashews, sunflower seeds, hemp seeds (mix in after pulsing the rest of the mixture in the blender), and brazil nuts (roughly chop before measuring) can also make nice additions to these vegan meatballs.

These vegan (non)meatballs from Sparkpeople served as a starting point for my recipe. 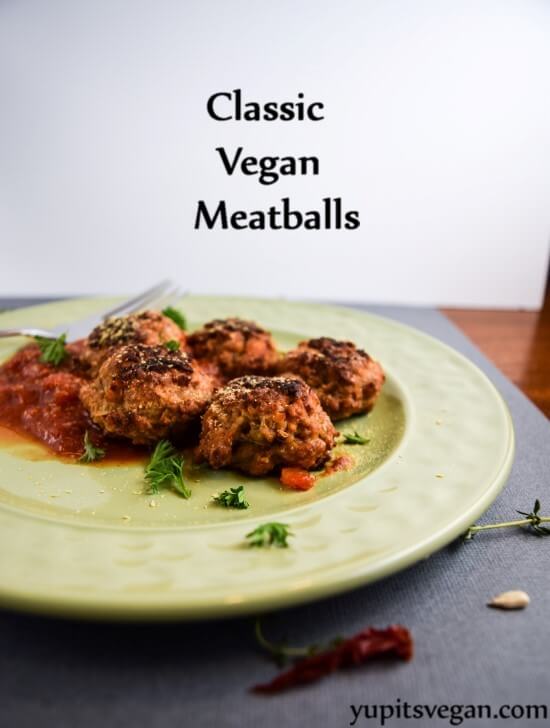