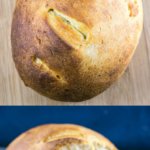 It’s been a minute since I posted a new yeast bread, and as one of the world’s foremost potato lovers, it was about time I updated my ancient vegan potato bread recipe. 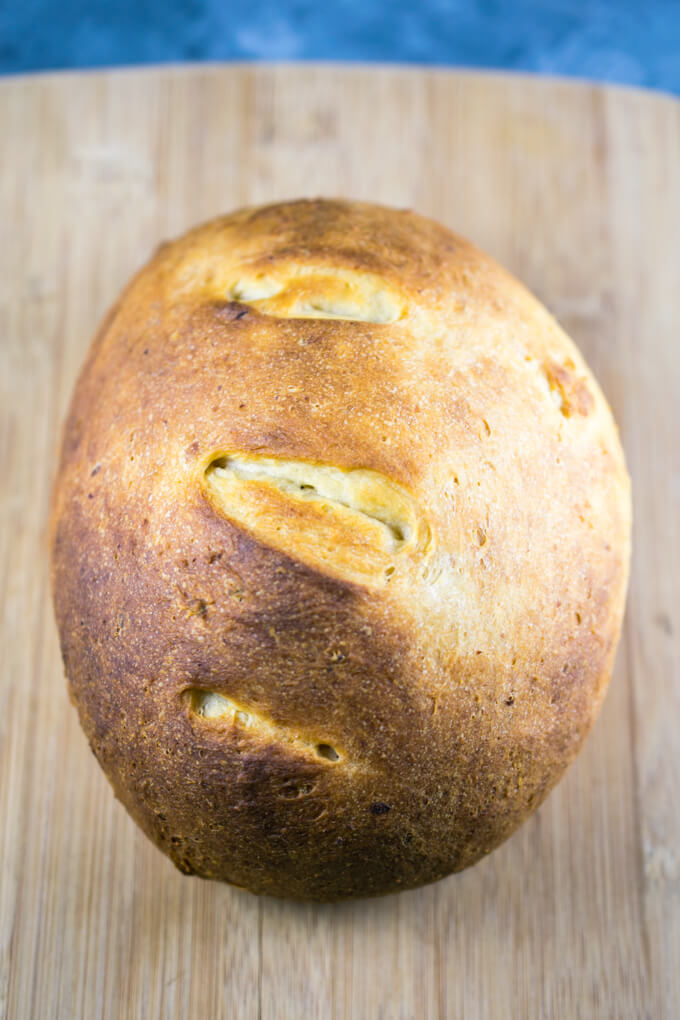 This bread previously used a blend of spelt flour and brown rice flour as it was originally developed during my WFPB kick. You can still use spelt flour and add some extra vital wheat gluten to get some spring. But I do strongly prefer the “white bread” version for flavor and texture, so that’s now the focus of the recipe. 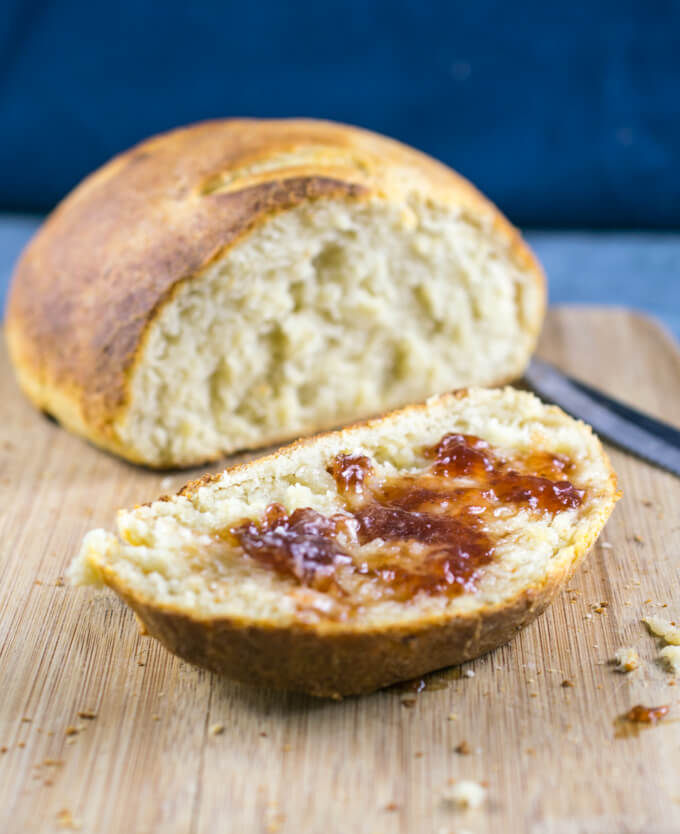 Most classic potato bread recipes are like the overly sweet white sandwich bread you’ll find on the grocery store shelf. They’re fortified with sugar, as well as eggs and dairy products, to give them a soft, rich texture. I debated veganizing a potato bread in this style, but in actuality I don’t prefer my sliced bread that way. 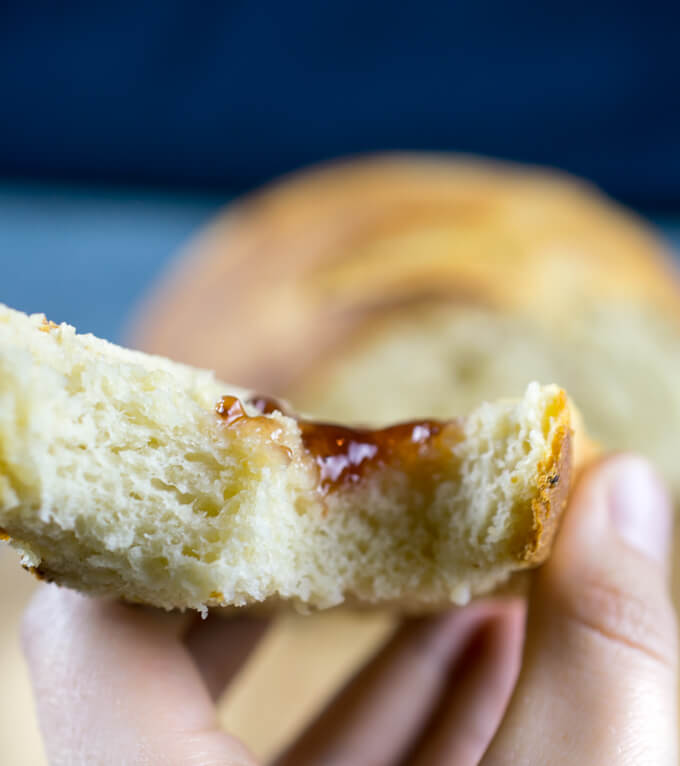 Instead, I used a really basic bread dough, added mashed potato, and then used just enough liquid to bring the dough together. Using instant (rapid rise) yeast allows for a short proofing time and a substantial amount of oven spring, so there’s not a lot of fuss with shaping the loaves.

The result is a vegan potato bread, with no specialty ingredients needed, an impressive crust, soft fluffy interior, and a little bit of potato flavor. If you would like, you can even used leftover prepared vegan mashed potatoes (the kind with garlic, vegan butter, etc.), substituted by weight for the plain mashed potatoes used here. Bon appetit! 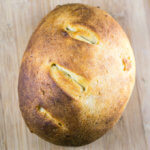 POTATO COOKING: Boiled potatoes work best since the potatoes supply a lot of the moisture for the bread. You can use roasted or steamed potatoes, and may just need to add some extra liquid to bring the dough together - totally fine. Leftover mashed potatoes work too!

Adapted from Happy Foods Tube and my own old recipe.

More yeast-based recipes from the blog: