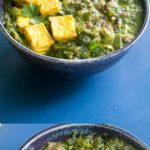 In my pregan days, saag paneer was one of my go-to vegetarian dishes at Indian restaurants. Heck, I think I liked this dish of creamy leafy greens curry even before I thought I liked spinach at all. So, why did it take me years to come up with a vegan version? I’m not sure, but this vegan saag paneer is just as satisfying as the original, higher in protein, lower in saturated fat, and delicious most of all! 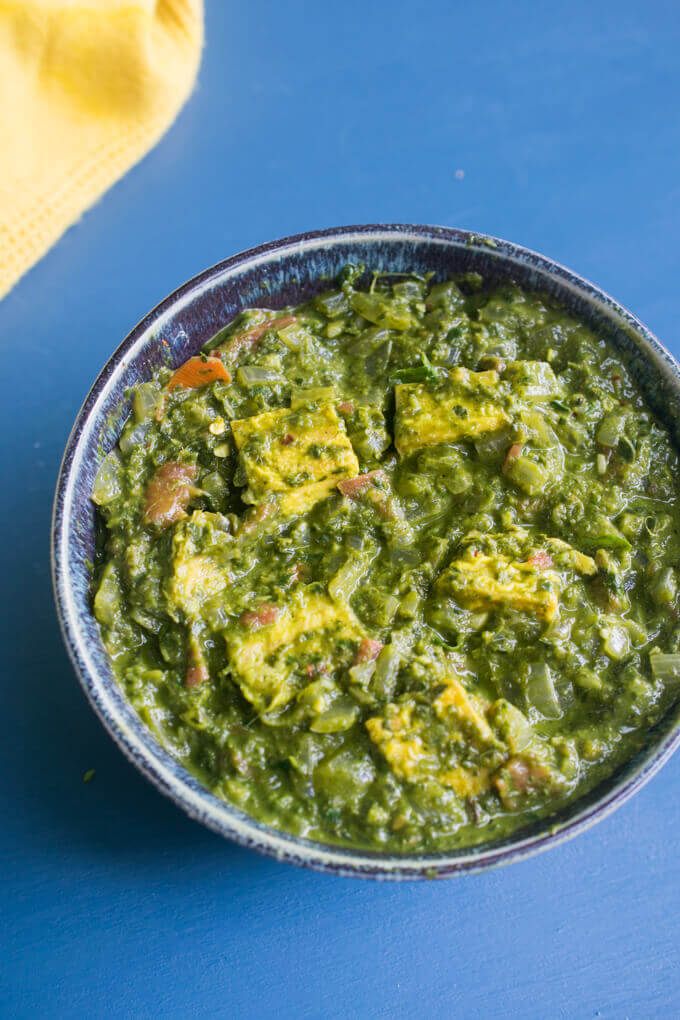 CSA season has begun again! We get a full share of veggies weekly (8 items) from One Straw Farm, from now until late November. As I tend to grouse about every year, June is leafy greens season. I’m always finding ways to condense massive amounts of chard and collards and turnip greens into reasonable portions. Last week, as I stared at my refrigerator with fronds of greens peeking out of every drawer, I knew it was time to make and photograph my vegan saag paneer. 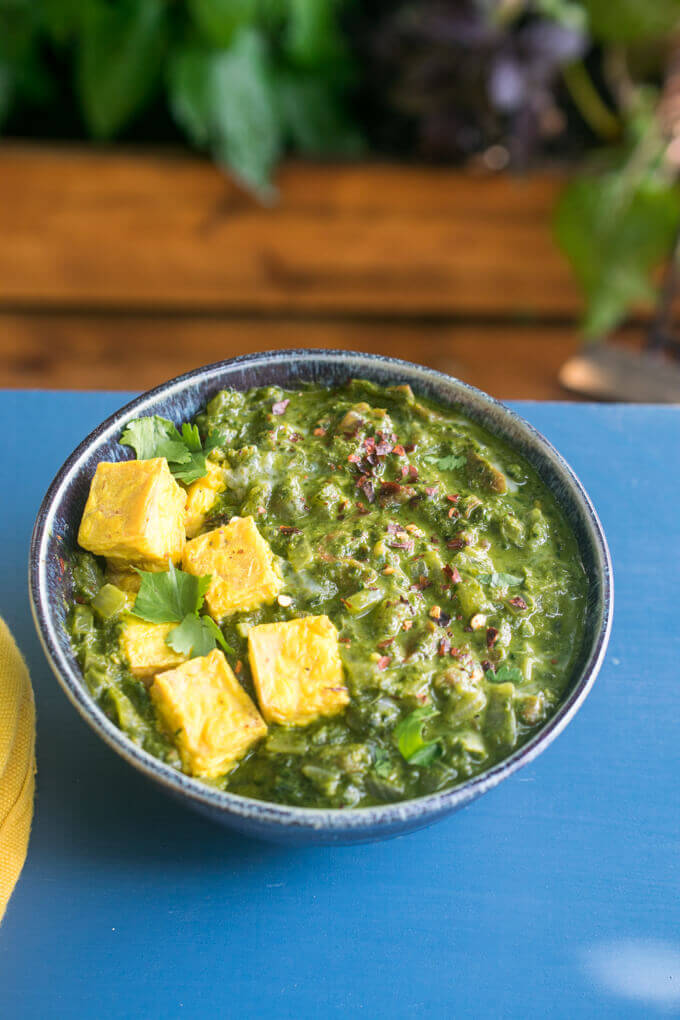 Which brings me to my next point… for any foodies wondering why this is being deemed vegan saag paneer rather than vegan palak paneer, it’s because (drumroll please…) I used kale instead of spinach. ‘Palak’ is a term for spinach curry whereas ‘saag’ more generally refers to any greens. You can use most greens of your choosing here, substituted by weight. If using very chewy or bitter ones like collards or mustard greens I’d recommend blanching and drying them first, but otherwise just follow the recipe as written and cook until wilted.

And yes, of course, this isn’t real paneer because that would not be vegan. Paneer is a super mild cheese and tofu makes a perfectly reasonable stand-in, with higher protein and lower fat to boot! To recreate that tangy flavor I used a little bit of plain non-dairy yogurt to marinate it before baking, and bit more of it in the curry. I know not all of you have access to non-dairy yogurt, so I included some recommendations for substituting it. (In essence, use lemon juice). 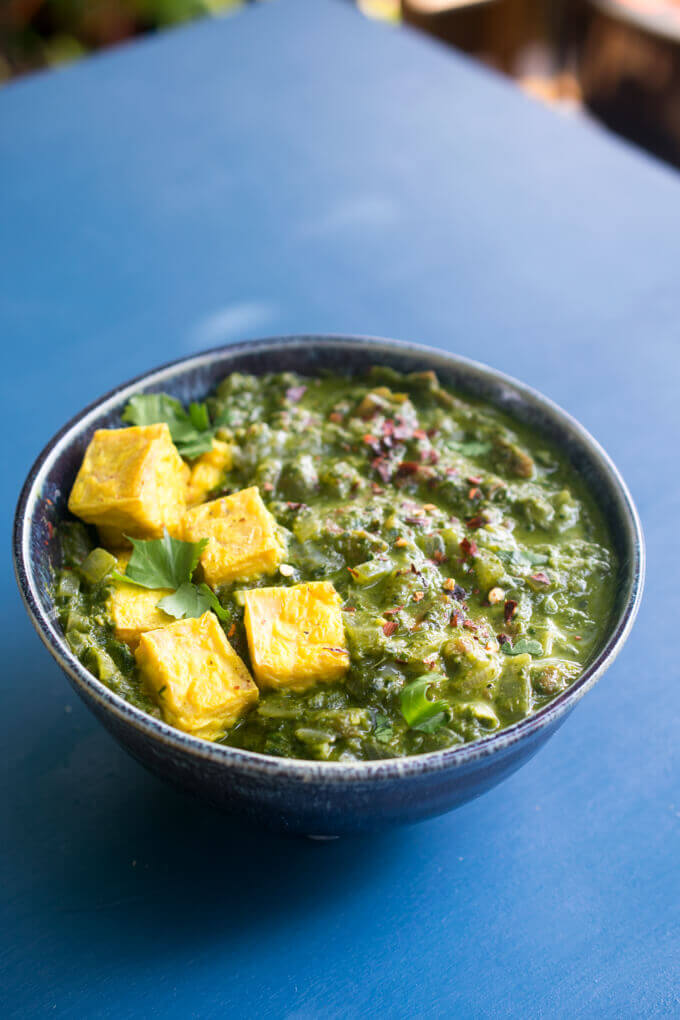 My friend Richa has a vegan paneer recipe in her Indian cookbook, if you’re looking for a more authentic recreation of dairy-free paneer. On a lazy weeknight when I want to throw together my vegan saag paneer quickly, this tofu version will do!

Traditional saag paneer might include fenugreek leaves and be finished with butter or cream. I can’t usually find fenugreek leaves around here, but I find that the curry tastes perfectly nice regardless, and non-dairy milk makes a fine (and lower-fat) stand-in for the cream stirred in at the end.

I hope you enjoy my saag tofu, and if you give it a try, don’t forget to leave a comment or share it on Instagram and tag @yupitsvegan. Bon appetit! 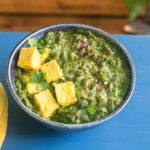 For the vegan saag paneer curry:

For the baked "paneer" tofu:

For the baked "paneer" tofu:

For the vegan saag paneer curry:

WHOLE SPICES: If you don't have the whole spices needed, you can use a pinch of each of them in their ground form, added at the same time as the rest of the ground spices. KALE: You can substitute another leafy green for the kale, such as spinach, by weight. NON-DAIRY YOGURT: For the curry, if you don't have access to plain, unsweetened dairy-free yogurt, substitute half of the quantity of additional non-dairy milk and one tablespoon of lemon juice. For the tofu, simply omit the yogurt. KALA NAMAK: I would only recommend adding this if you already have it on hand; if you do, a pinch of it adds a slightly "eggy" sulfuric flavor that works well in this dish.