It’s not incredibly common for me to borrow recipe names from distinctly non-vegan foods, but I really didn’t know what to call these other than vegan teriyaki meatballs. I think that in some instances, it’s good to use the name that describes what the dish is meant to evoke in terms of texture/eating experience. 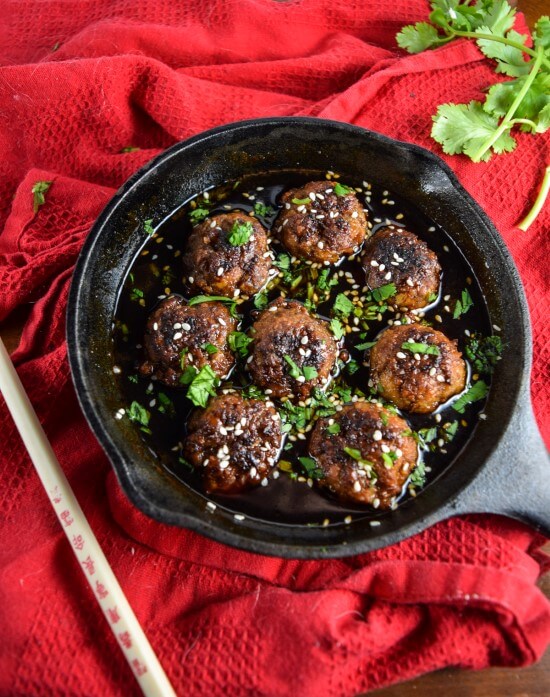 The Seahawks (my hometown team) are in the Super Bowl again this year. Go Hawks!! I don’t seem to excel at posting holiday- or event-appropriate recipes very far in advance, but nonetheless, this week I wanted to share a couple of vegan finger food ideas for game day. The Super Bowl could practically be considered a holiday for me, since I have a firm tradition of making a huge spread of indulgent appetizers for myself and my guests, and sort of watching the game while chowing down and drinking beer. 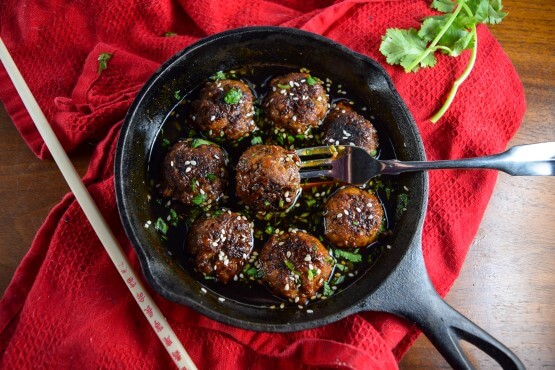 These vegan teriyaki meatballs can be incredibly simple to prepare if you start from pre-made teriyaki sauce and vegan meatballs, or you can go the homemade route with each of the components. I provide recipes for those if desired. I actually really enjoy store-bought vegan meatballs a lot of the time, but I almost always make my own teriyaki sauce because then I can make it with coconut sugar. The white sugar just makes me so sleepy. And considering that the Super Bowl is probably gonna end significantly past my normal bedtime (I’m more of an early bird than a night owl..), I need all the energy I can get =].

I just love how teriyaki sauce looks with a sprinkling of sesame seeds on top. Something about that color contrast gets me. Add cilantro or green onion/scallions and (not pictured) a generous dash of sriracha, and you are cruising for an easy and delicious vegan appetizer. (FYI, the ones pictured were made with my favorite homemade chickpea and seitan “meatballs”). 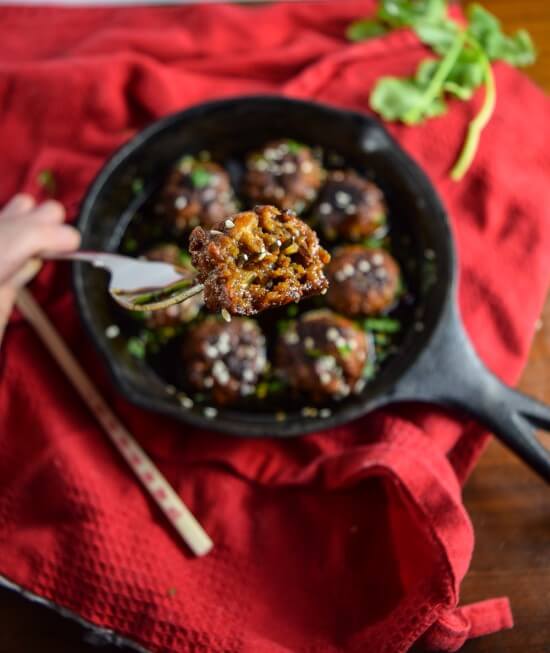 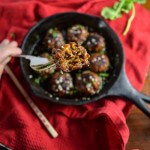 For the vegan teriyaki sauce:

For the vegan teriyaki meatballs:

For the vegan teriyaki sauce:

For the vegan teriyaki meatballs:

Nutrition facts are for the homemade teriyaki sauce only (apologies for the inconvenience!). Vegan meatballs can vary quite widely in their nutrition content.