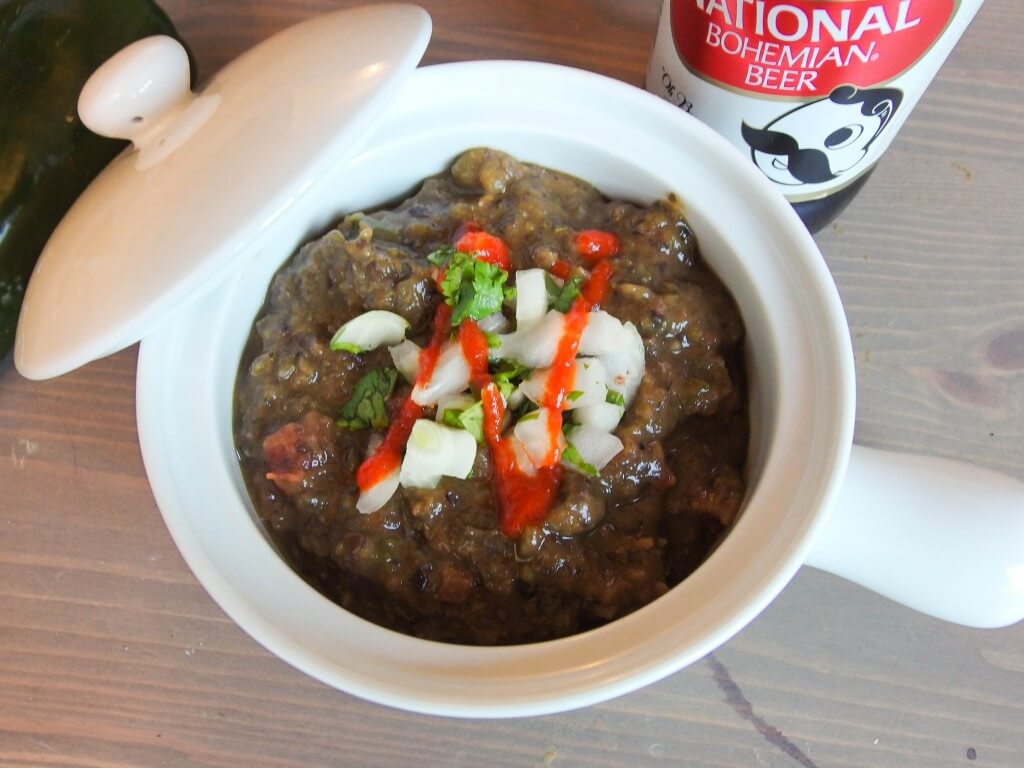 What a weekend it was! Saturday was spent hitting up what felt like every thrift store in town, looking for Halloween inspiration. The result: I’ll be going as a stalk of broccoli (as I lamely predicted in my last post). It should be a fun time.

Sunday, I ran a 5K! When I signed up for a late October 5K, I certainly didn’t expect that it would be 38 degrees out at race time! It was sure nice to get back in the racing spirit, though, albeit in a cold, low-key way. I’m still recovering from a yucky IT band injury and I took it pretty easy, with a couple of walking breaks. After the sun came out it was actually a lovely fall day and I had a lot of fun despite the knee problems!

My upcoming marathon is tentatively (assuming this heals up alright) the Rock n’ Roll USA Marathon in DC in March, so I’ll hopefully be doing a couple of other 5K and 10K races in preparation. Welcome to my life. It’s all fueled by plants 🙂

This black bean butternut soup is fantastic. It’s an old favorite that I’ve been making since college (although back then, ironically, it did NOT have beer in it). You’ve got the sweetness of the butternut squash, the kick of acid from the tomatoes, and the subtle malty flavor from the beer. Choose a mild beer for this one (I went with Natty Boh).

You can absolutely use any other sweet winter squash in place of the butternut (including fresh or canned pumpkin puree). I’ve done all of the above and it’s still just as good.

It’s not the most visually appealing soup in the world, but sure makes up for it with flavor. Give it a try!

For topping:
Chopped raw red or white onion and fresh cilantro with a squeeze of lime juice

Method: Heat olive oil in a large saucepan. When shimmering, add onion, garlic, and peppers, cooking until slightly softened. Add the squash puree, black beans and puree, beer, and water, and give everything a stir. Bring to a boil, then reduce to a simmer and stir again. Add vinegar, tomato, cumin, oregano, salt, pepper, paprika, and chili powder. Simmer for another 10-15 minutes, stirring occasionally, to let the flavors meld. Adjust seasoning to taste. Serve topped with onions, cilantro, and lime juice, and sriracha if you dare.

Note: This recipe is a whole lot easier if you get your mise en place set up in advance. I usually start by cooking the squash and beans and pureeing them, as that’s the most time consuming part.