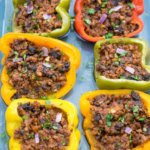 I’m so excited about these vegan stuffed peppers and I can’t wait for you to try them. They’re colorful, nutritious, baked to al dente perfection, and stuffed with the most incredible spicy cauliflower-walnut filling. I’m in love.

What’s that? It’s December and you’re looking for cookie recipes? Too bad, this is what I made. Enjoy a platter of vegan stuffed peppers with rice and beans, and be merry.

What are stuffed peppers?

The stuffed peppers of my memories are halved bell peppers, filled with a ground beef mixture and topped with cheese before baking them in the oven.

Several different cultures have their own variations on the dish. You may be most familiar with a Mexican version called chile relleno, but even my own Slovenian culture eats stuffed peppers. In most cases, the filling is pre-cooked, stuffed into the peppers, and then the peppers are finished in the oven or by battering and deep frying them. 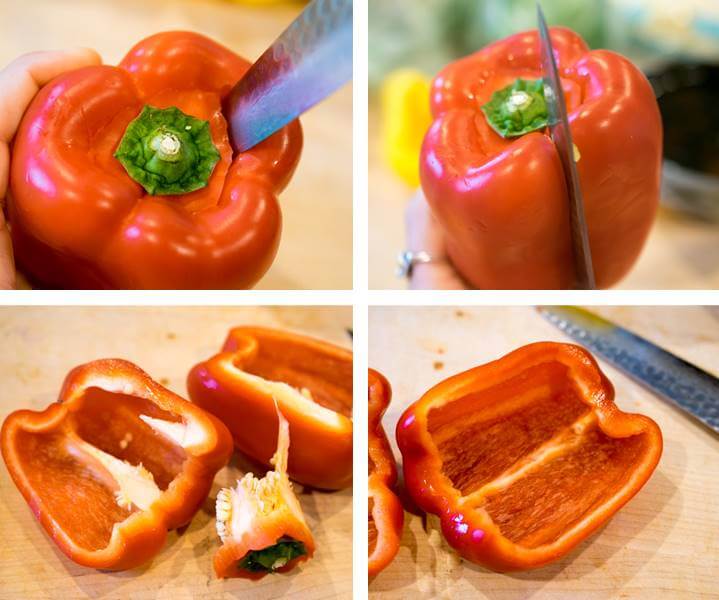 Stuffed peppers are all about texture! In my own recipe, the dish in the oven is covered and filled with a little bit of water, so that the bell peppers steam to a perfect crisp-tender texture that’s sliceable with a fork but still holds its shape.

I love bell peppers of all types. Green, yellow, orange, and red bell peppers are all the exact same vegetable with different levels of ripeness and sweetness. Any of them work great in this recipe, but if you are sensitive to bitter flavors then choose the red ones for best results.

How to make vegan stuffed peppers

Making vegan stuffed peppers is pretty easy! To make them vegetarian, we just need to swap out the ground meat for a suitable alternative. In this recipe, I’ve used a blend of finely-chopped cauliflower and walnuts – using the food processor if you have one makes it a snap. The walnuts provide a lot of savory flavor and help make the recipe filling, while the cauliflower gets nice and tender to soften the overall texture a little bit. 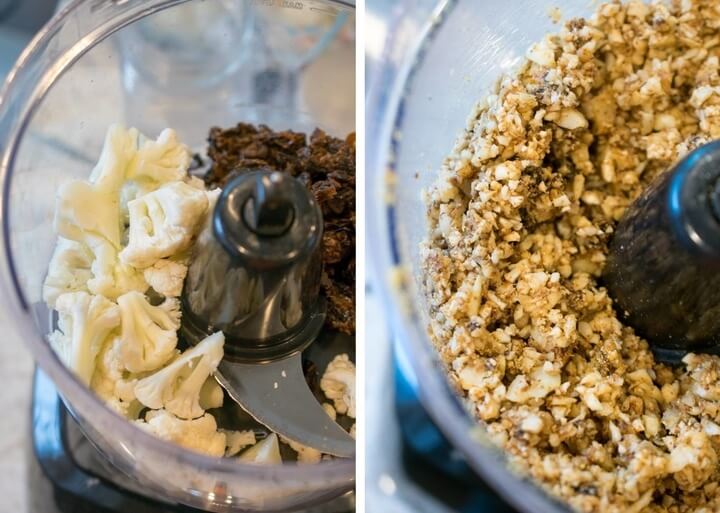 Another umami powerhouse, if you’ll recall from my vegan beef broth, is sundried tomatoes. Their rich flavor and chewy texture add umami and contrast to this dish, so don’t skip them! Yes, their inclusion means this recipe is not keto. To make everything else as easy as can be, I simply used a packet of taco seasoning to season this mixture, and I didn’t bother chopping up any onion, but I did throw in a garlic clove. (If you don’t have taco seasoning, you can mix up some easily with my homemade taco seasoning recipe.)

Finally, we found that cheese just wasn’t really necessary to enjoy these vegan stuffed peppers. If that’s your jam, you can add a vegan “cheese” alternative on top. If I had extra time I’d love to eat these with my vegan queso, but they’re already amazing as written or topped with some creamy avocado. Yum!

As a bonus, besides being vegetarian this recipe is naturally gluten-free and soy-free without any changes. I even withheld my usual temptation to add soy sauce to savory recipes so that could make sure that it’s amazing without needing that.

If you’re not a fan of cauliflower, you could try substituting it with cooked lentils – which don’t need to be chopped down any further in the food processor.

This filling is also fabulous stuffed into poblano peppers – which I did test out. I’m not sure if it would work as well in other types of peppers like jalapenos (too spicy and would be better with a creamier filling) or banana peppers (too waxy). 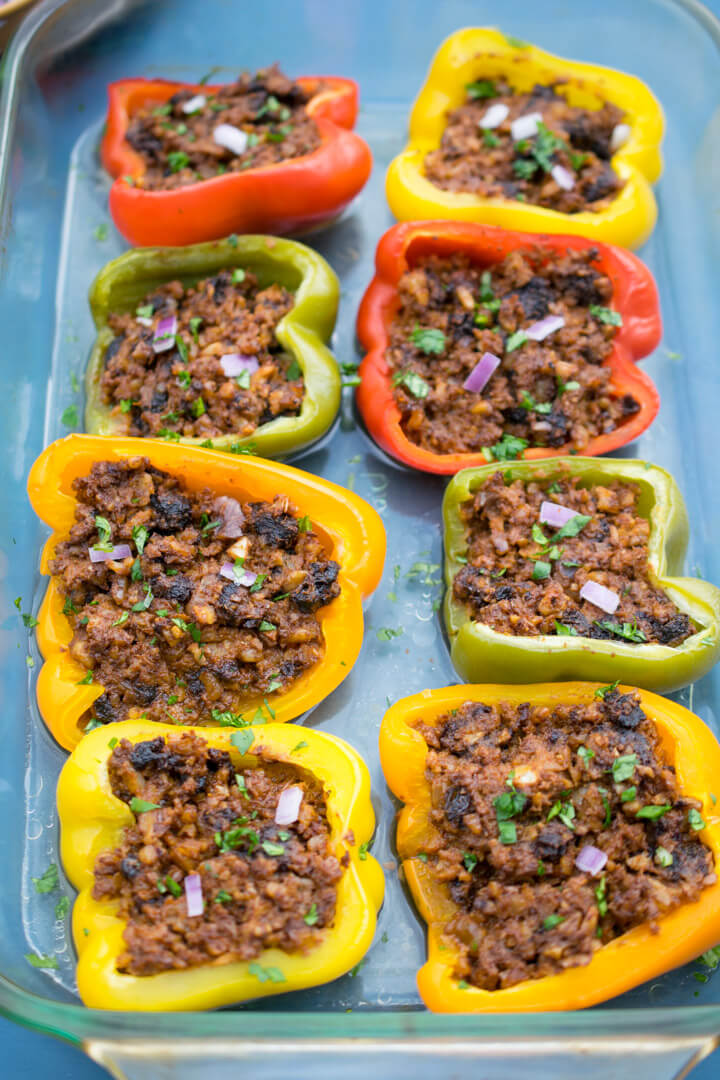 In the photos, I served my vegan stuffed peppers with a side of Instant Pot Mexican Rice and Instant Pot Black Beans. For a faster option, sometimes I make white rice in the rice cooker and throw in a packet of Sazon Goya. Quinoa is also a great side dish for these.

If you make these vegan stuffed peppers, be sure to let me know in the comments. Happy cooking!