Last weekend I found myself in a pretty tragic situation. I had a batch of cashew cream cheese in the fridge that needed using up before I left on a work trip. I had no choice but to turn it into vegan berry cheesecake brownies. 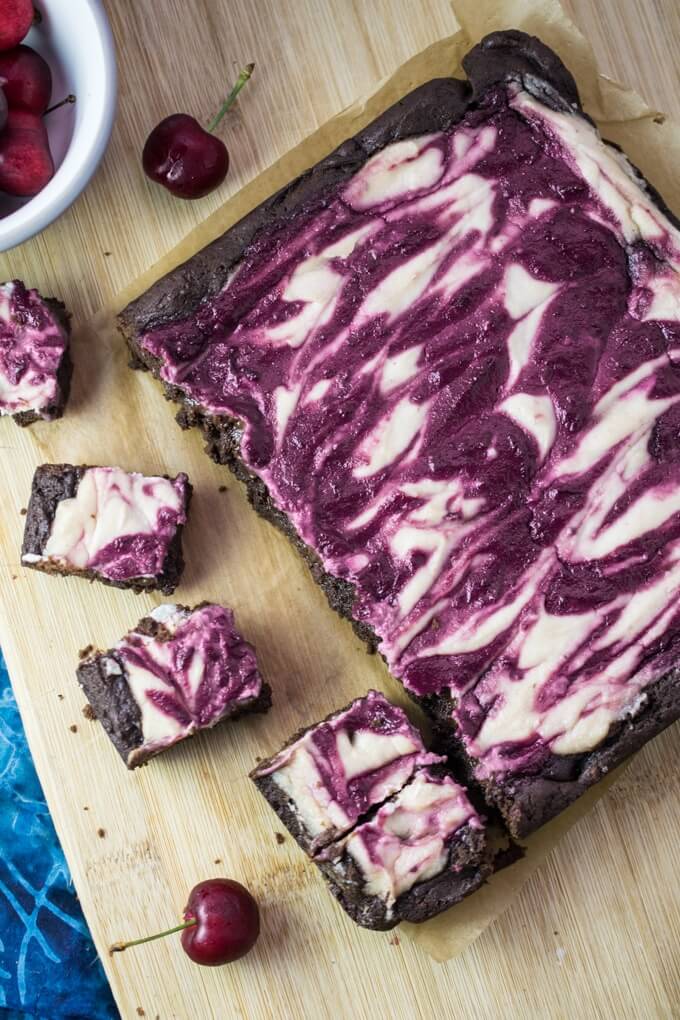 I’ve been writing this blog for almost 4 years and this sequence of events is going to sound familiar to any of you who have been reading for a long time. The weather was hot. I got up early to knock out a 22-mile training run. And then I got home and for some reason the only thing I wanted to do was make fancy brownies. Caramel, cookies and cream, maple walnut, berry… I didn’t even care what kind of fancy as long as they were fancy. Despite 3 hours of exercise, the more complicated the brownies were, the more I wanted to make them. For some reason, time and time again, I make that same strange decision to tackle complex cooking experiments after a long run. 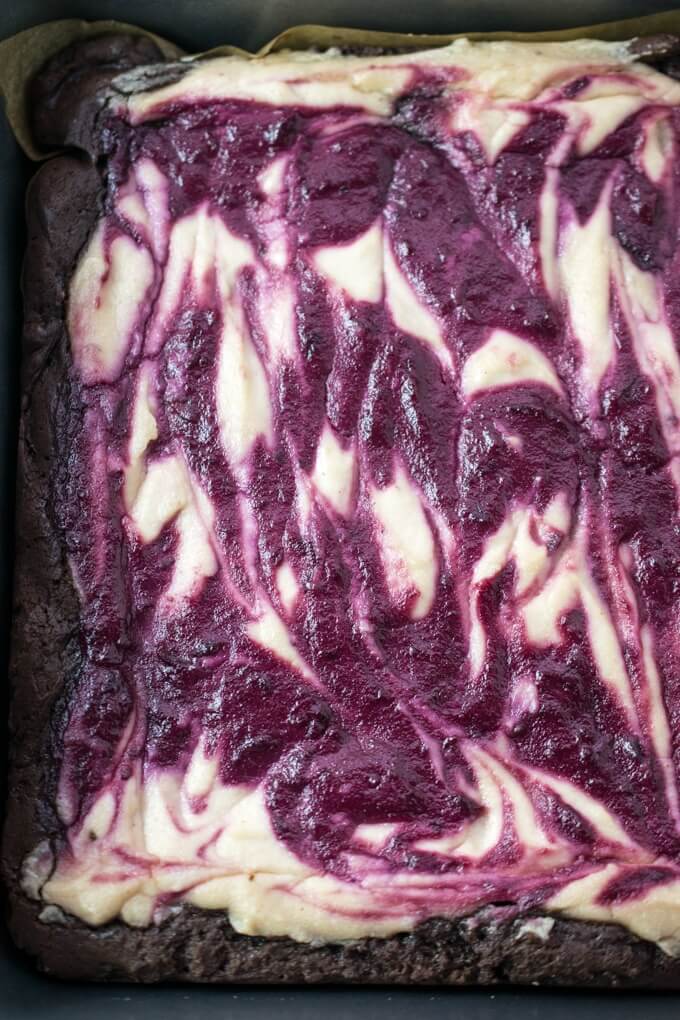 There were so many fancy options, but I let my fridge do the talking. Between the cream cheese and the beautiful spring cherries, it became clear that it was time to finally make the berry cheesecake brownies that have been on my recipe bucket list since forever. 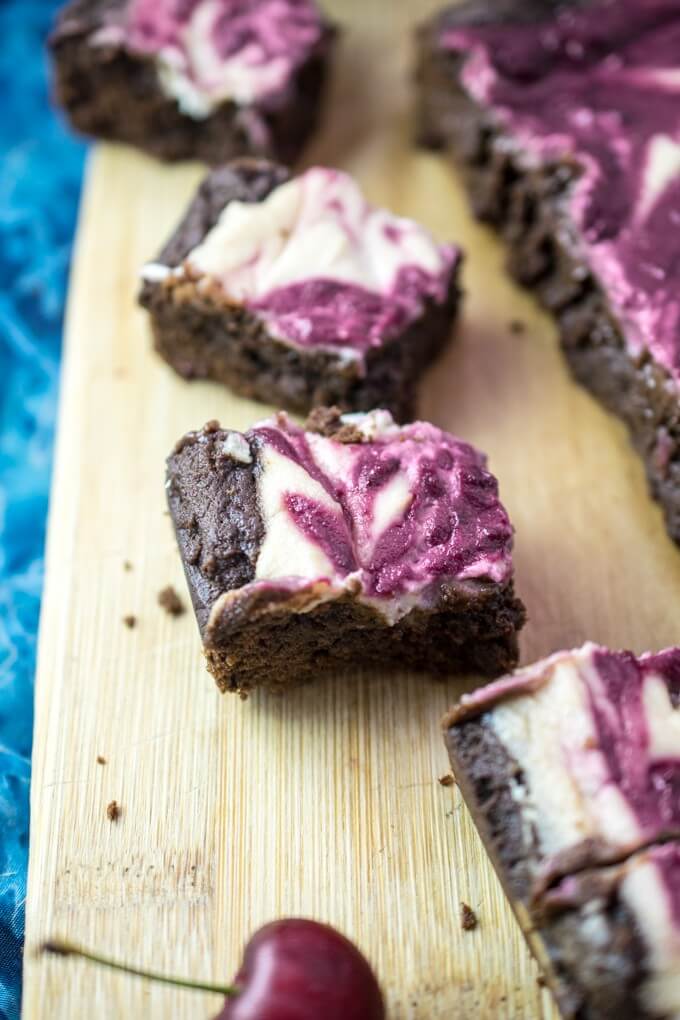 And then tragedy struck yet AGAIN. I was experiencing a caloric deficit due to my endurance training, and was forced to eat all of the brownies. This left me with no option but to make a second batch using a freshly-made cashew cream instead of the homemade cream cheese, so that those of you who don’t have that lying around will be able to make these berry cheesecake brownies too. 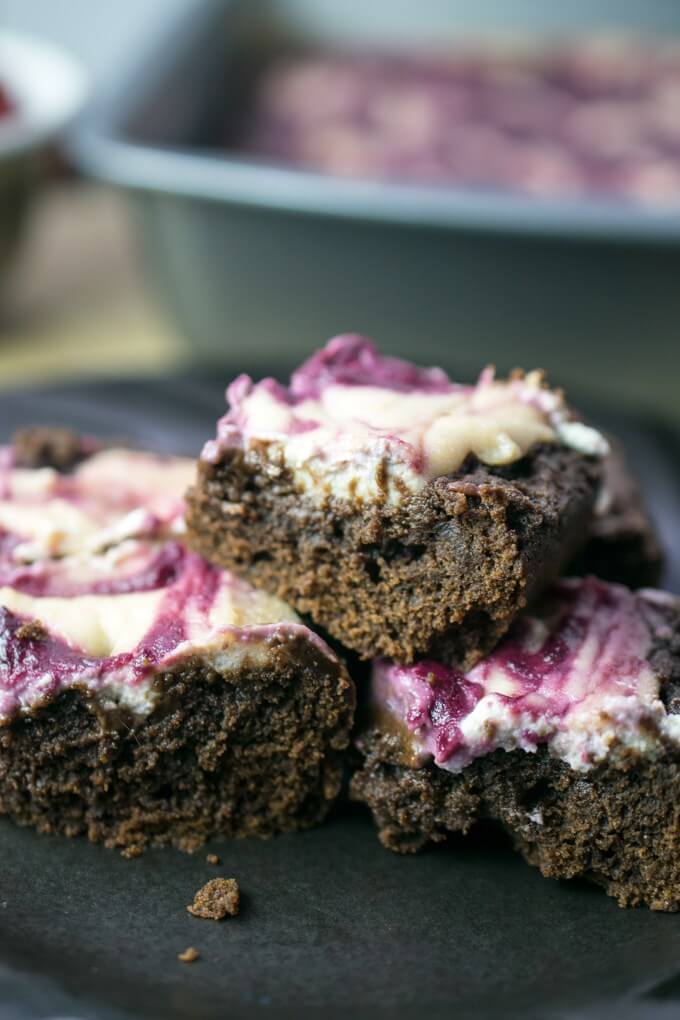 So clearly it’s been really tough over here, but happily I am ready to share this glorious recipe with you today. These look like a million bucks but they are actually super easy to make. You can modify the cherry swirl mixture to use any sort of berry (or a mixed berry combination). Because of the fresh fruit and the cashew cream I was able to use less sugar and oil in the brownie batter itself, with still-tasty results. Win! I’m not sure if this is a universal experience or not, but my enjoyment of fruit + chocolate combos has heightened quite a bit over the years. As a kid I used to actively avoid cherry cordials, but now I… kind of want one right now, just from typing out their name. 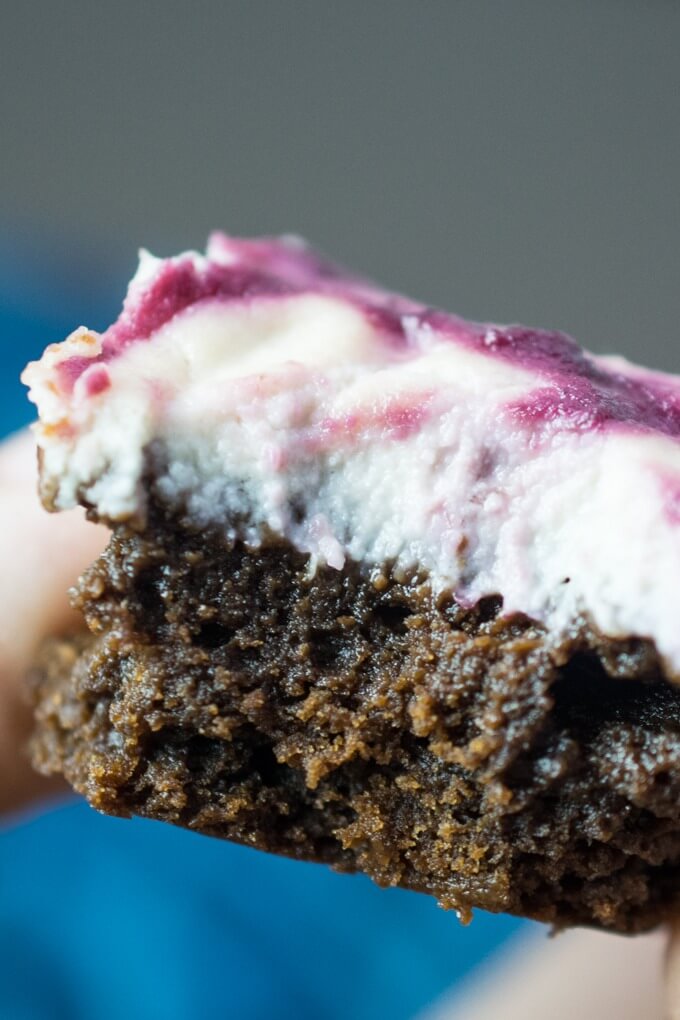 Impress your guests or coworkers with these fancy vegan berry swirl brownies. You won’t be disappointed! 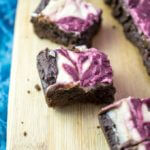 For the vegan brownie batter:

For the vegan berry cheesecake swirl:

For the vegan berry cheesecake brownies:

CASHEW CREAM OPTION: If you don't have or want to make the cultured cream cheese, use this instead. (This is going to make about double the amount that you need, but if you halve this it will be difficult to blend it smooth. The extra cashew cream freezes well). Soak 1 cup of raw cashews overnight. Drain them and add them to a blender with 1/4 cup non-dairy yogurt (sweetened is OK), the juice of 1 lemon, 1/4 cup non-dairy milk (sweetened is OK), and 2 tbsp of cornstarch. Reserve half of the mixture for another time. Then proceed to step 2.

This brownie batter recipe is adapted from Lazy Cat Kitchen‘s, and as for the cherry cheesecake swirl, it was a little bit of spontaneous kitchen magic. 🙂 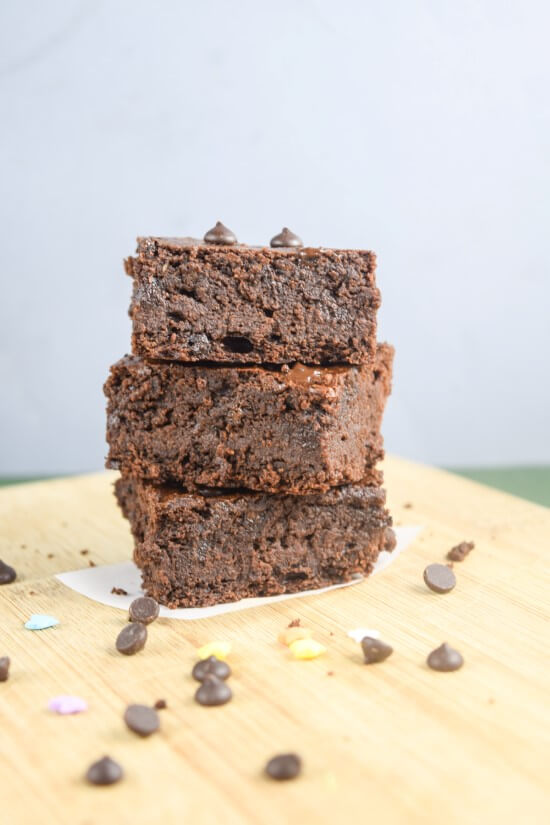