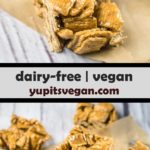 If you’re looking for an easy sweet treat made with pantry ingredients and just a few minutes of hands-on effort, I’ve got you covered. With 4 base ingredients, these cinnamon toast cereal crispy treats are like a fancier rice crispy treat, totally crowd-pleasing and quick to make. 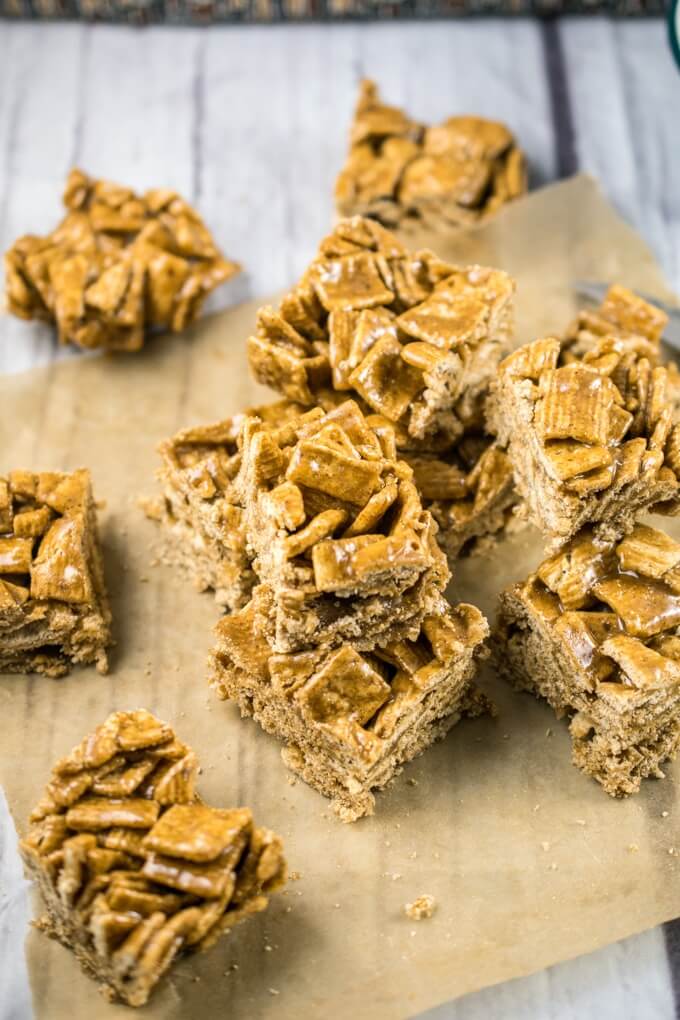 While the only cereal I regularly eat in adulthood is Grape Nuts, I had a serious Cinnamon Toast Crunch problem in my teens. I’m sure many of you are familiar with the phenomenon of:

Nowadays I treat cereal like the dessert that it deserves to be, which is what inspired me to make a new vegan twist on rice krispie treats made with cinnamon toast cereal. 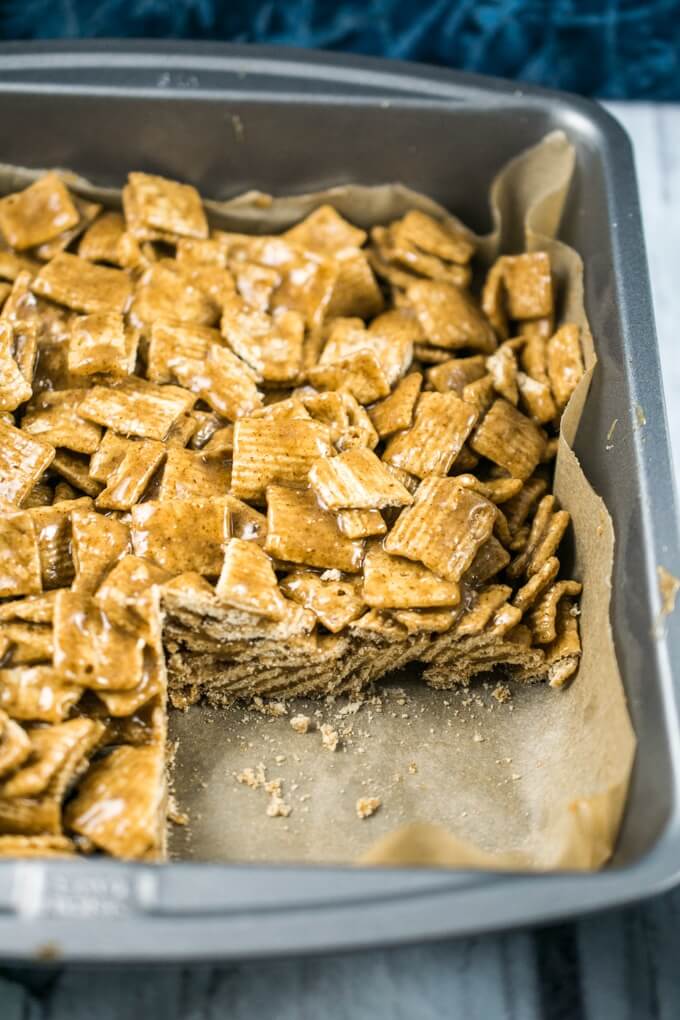 Unfortunately for strict vegans, the original CTC is fortified with (to the best of my research/knowledge) animal-based Vitamin D3 but luckily there are several alternative versions on the market. Cascadian Farm Organic Cinnamon Crunch is one; it tastes pretty much exactly the same but is animal-friendly.

As you may recall from my white chocolate almond butter crispy treats, vegan crisp treats are super easy to make. You just need nut butter (or feel free to use coconut butter or sunflower seed butter for a nut-free version); the cereal itself; a hint of vanilla; and brown rice syrup. 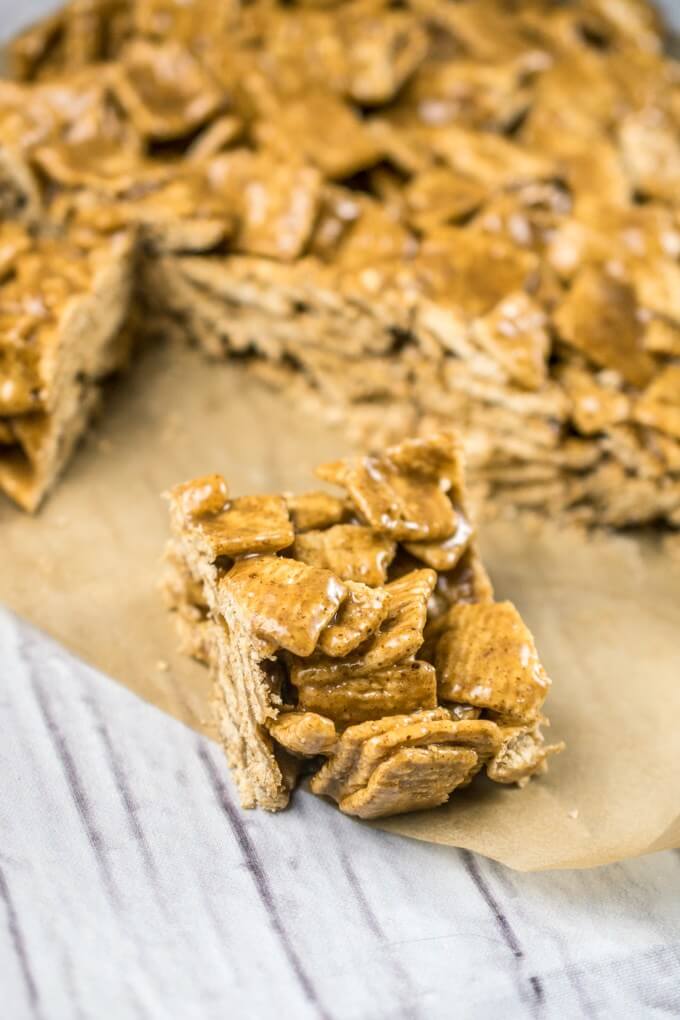 I know the brown rice syrup appears expensive on Amazon but it’s cheaper in the stores if you have access to a natural grocer. A jar at Whole Foods runs me about $5 these days. This ingredient is pretty much essential; maple syrup or other liquid sweeteners will not do, as they aren’t sticky enough. Vegan marshmallows will also work, but if you can buy vegan marshmallows then you probably also have access to brown rice syrup.

These cinnamon toast crunch bars are ready in a snap, crispy-chewy, keep well for a couple of days, vegan, gelatin-free, and enjoyed by all. Give them a try and let me know how it goes! 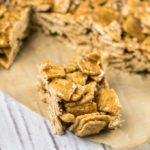 NUT-FREE: Instead of the almond butter, use sunflower seed butter or coconut butter. SOY-FREE: Just be sure to choose a soy-free cereal. REFINED SUGAR-FREE: Choose a naturally-sweetened cereal such as the line by Veganics.