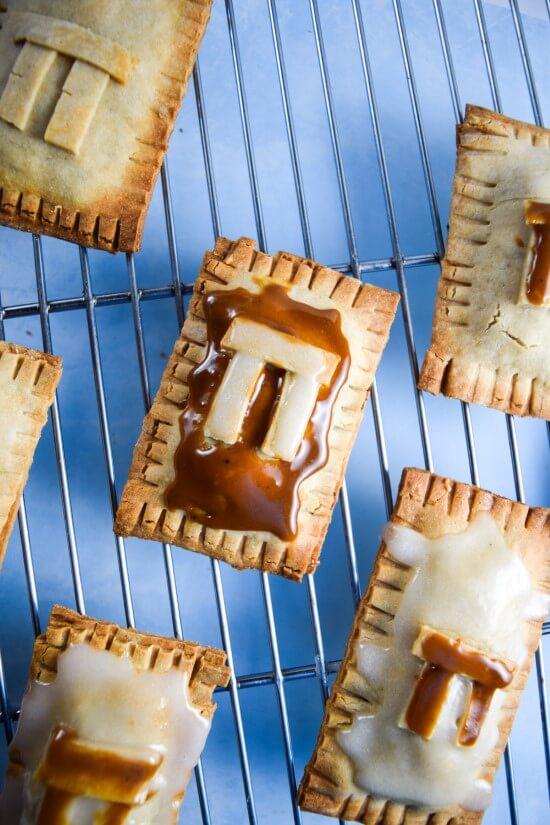 I’m a statistician for a living, so it seems amiss that I didn’t even celebrate Pi Day on my blog last year. Well, this year a new tradition starts! I made these adorable pecan “pi” pop tarts using my favorite vegan pop tart dough.

I don’t do anything in my profession that actually involves the use of the number pi. I knew pretty early on in my studies that I didn’t really enjoy geometry, but I always found strange enjoyment in memorizing things. So when I was in college I decided I wanted to memorize a bunch of digits of pi. I ended up coming across (fyi: this link has autoplaying music) a Pi Song with a lady literally just singing digits of pi continuously until the song fades out; I loaded it onto my iPod and walked around listening to it constantly. After some number days, I memorized the entire song, which was exciting. But when it came time to break out my party trick and recite the digits of pi to impress people, I discovered that I was really only able to recite them along with the music. Take away the music and I knew only 20-25 of them or so. The brain works in interesting ways!

Anyway, shut up Shannon, this isn’t a math blog! These days, the extent of my interaction with pi is whatever corny celebration we do at work on March 14th. I made these pecan pi pop tarts because I am not skilled enough in the craft of baking to make a legit pie with a patterned crust. 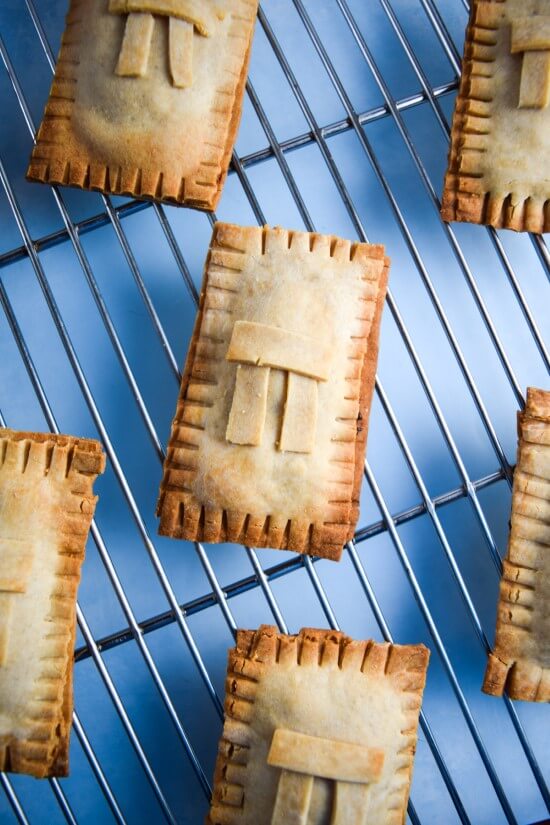 One reason that this pop tart dough is so awesome is that it’s totally suitable for people who are too lazy or casual of cooks to make a “real” pie crust with cold fat delicately worked into it. The obvious drawback is that these aren’t flaky, but they’re still perfectly crisp and sweet. All you have to do is mix the wet ingredients into the dry ingredients, roll out the dough, and chill it. After being chilled, it remains very easy to work with and cut into various shapes which is why it was perfect for making little pi designs on the pastries.

Pecan pie season may have kinda ended a couple of months ago, but here in casa de la Yup, it’s Vegan, nutty toasted pecans never go out of style. The filling for these pecan pi pop tarts is made out of fragrant pecans folded into a luscious date caramel. (Tip: buy pitted dates at Costco, they keep for quite a while and the price there is really good). The white glaze is just a classic sugar glaze and the brown glaze is made with coconut sugar and brandy. They’re also totally good without glaze, which is probably important to note since frosting the pi shapes was a bit of an endeavor. 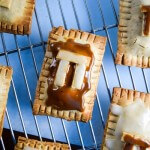 For the pecan pie filling:

For the vegan pop tart dough:

For the classic white glaze:

For the brown sugar brandy glaze:

For making the pecan pie filling:

For making the glaze and glazing the pop tarts:

To organize my time, I made the filling while the dough was chilling, and made the glaze while the cooked pop tarts were cooling. Nutrition information excludes the glaze and uses 2/3 of the pecan pie filling. 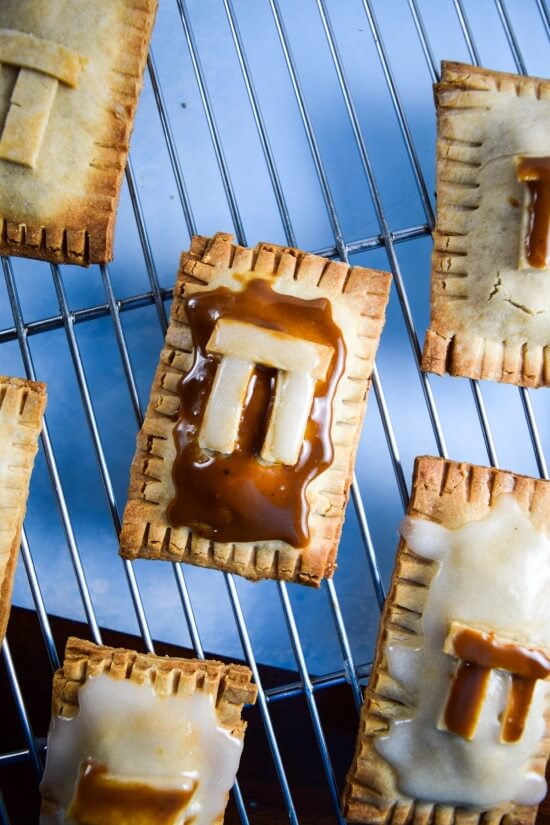