Bananas foster and I have an interesting history. I didn’t actually try the real thing until sometime during college when I played fancy and went to a restaurant. I truly loved it, hence why I’m recreating it in the form of bananas foster pop tarts. But I tried to try it a little earlier than college.. 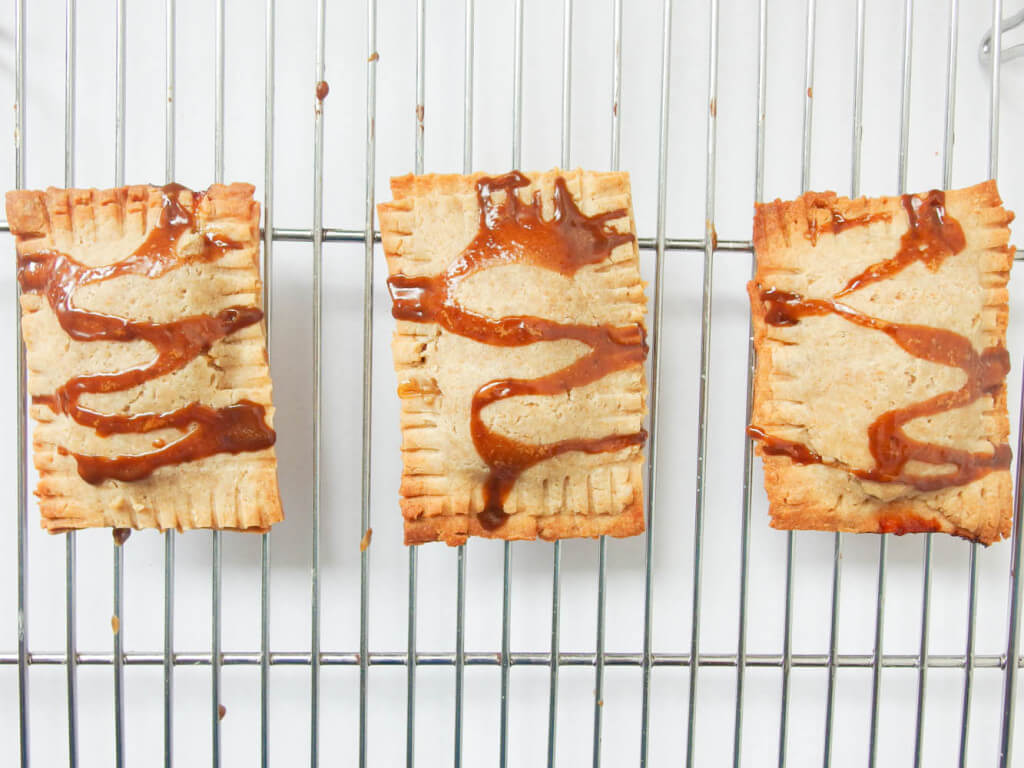 Back in high school, my school was right down the street from a 7-Eleven (for those outside the US: a seemingly ubiquitous convenience store). Being the cool cat that I was, I would stop in there for coffee. Because, you know, I was a grown-up with a car and a caffeine addiction (fast forward to today and I still have the caffeine addiction, am an actual adult, and will keep on dreaming about the car part).

Anyway, at some point 7-Eleven introduced a bananas foster flavored cappuccino. I’m sure the actual ingredients were artificial banana and rum flavors, several types of sugar, milk, and a hint of coffee, but damn was it delicious. I started drinking them pretty much every day. I think that’s where all of the money from my part-time job went. They were SO good that I actually brought a friend there who was visiting from out of town, to have her taste one (trust me, I am EXTREMELY embarrassed that I did that). I dragged my high school boyfriend down the rabbit hole, too, and we were both shouting the praises of this drink to anyone who would listen.

To recap: you absolutely would not have wanted to be friends with me in high school. I was the worst. It’s confusing that I even had a boyfriend in the first place with whom to obsess over these mass-produced 7-Eleven coffee drinks. 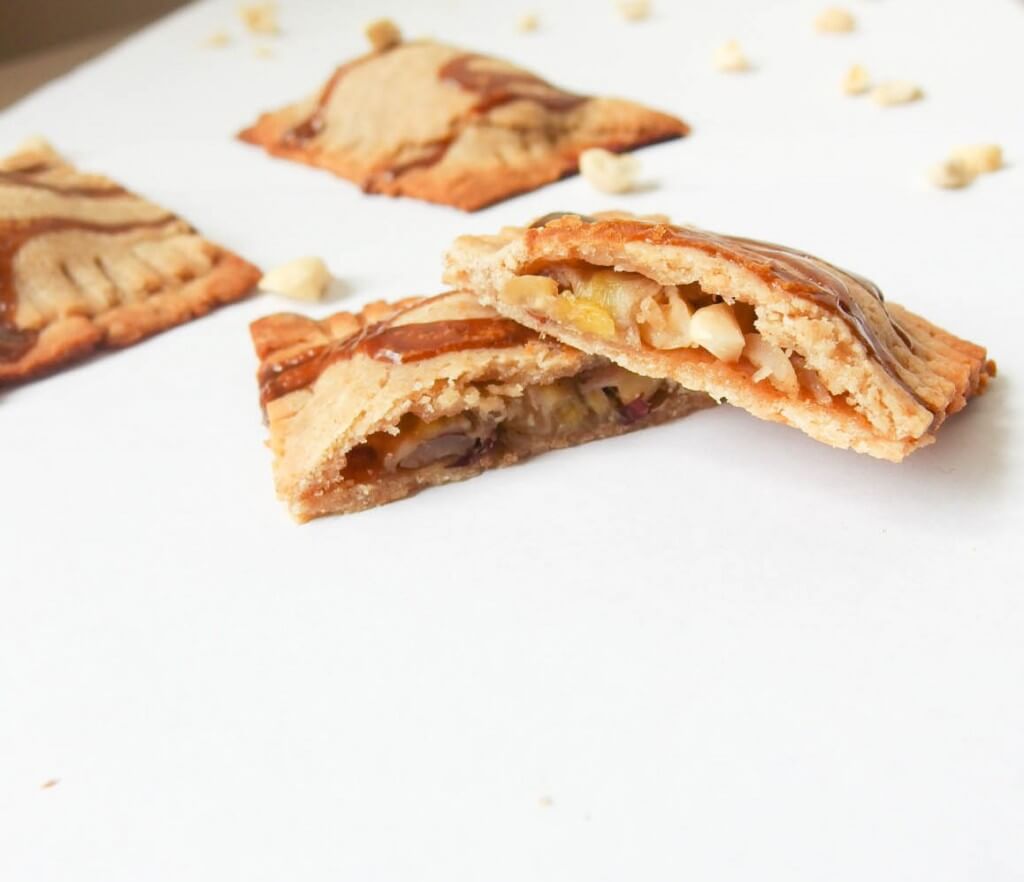 Then, as quickly as they came into my life, the bananas foster cappuccinos were gone. Another seasonal convenience store item, lost to the sands of time. My boyfriend and I realized that we only had one choice: to recreate the dish ourselves. Of course, it’s made with alcohol, and we were 17, and so it ended up being this whole elaborate thing. A group of 6 or so friends, at my boyfriend’s house, with his mom supervising us and doing the part with the rum (possible overkill). We breathlessly followed an Alton Brown recipe that we found online.

It happened so fast that I don’t even know where we went wrong, but just seconds after the rum hit the pan, what started as delicious bananas and brown sugar and rum turned into a smoky, burnt mess. The same as what happened with my high school relationship, a few months later (ha!). Right then and there, we gave up on bananas foster. But I’m glad they left me with some fun, albeit slightly humiliating, memories.

Luckily, bananas foster is still really good. And I’m a grown-up now, so I can monitor my own dang rum consumption, thank you. And making vegan pop tarts is incredibly easy! This method doesn’t require chilled vegan butter or any other complicated baking skills (which is good because I’m really selectively lazy about pastry techniques).  There’s no reason that you would have to make bananas foster pop tarts in particular, either – any sweet filling would work. But I’m partial to this combination of flavors, and I always have bananas on hand. 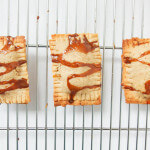 For the banana filling:

For the rum glaze:

Make powdered coconut sugar by blending coconut sugar in a blender or food processor with a pinch of cornstarch, until powdery. Nutrition facts include 1/3 of the glaze and include the optional hazelnuts. 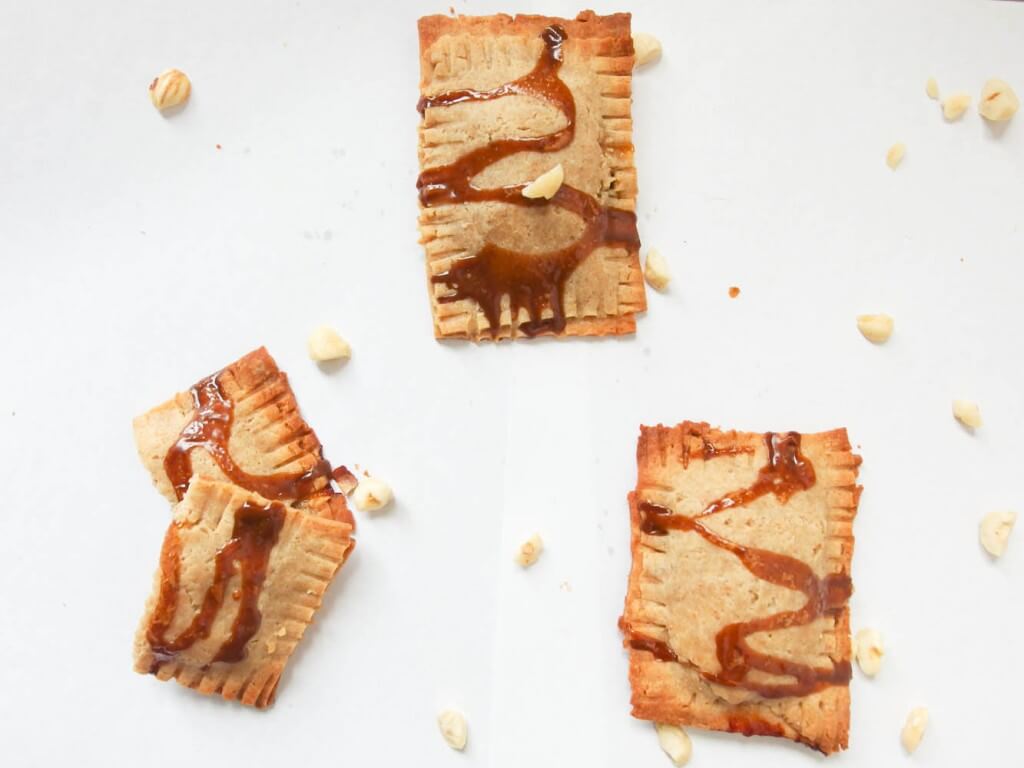