I’ll start by saying that this vegan pumpkin bread pudding is probably the only pumpkin or pumpkin pie-spiced recipe I will be sharing in the foreseeable future. I guess I’m just not really feeling the pumpkin this year. I don’t dislike it, of course, but I don’t feel motivated to buy another can of it right now. Especially when we have so many CSA goodies at the moment! More of that in the next post. So I hope this blog will be a safe space for pumpkin haters this autumn, haha. Or however long the pumpkin mania usually lasts? I’m not really sure… 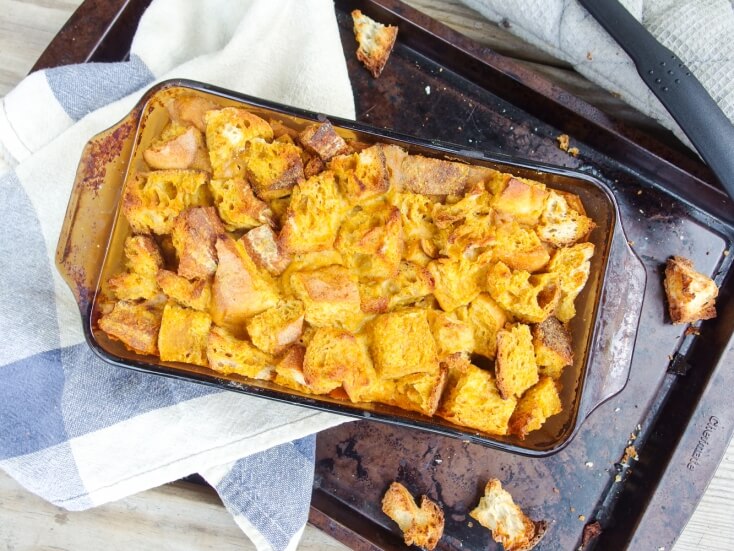 This bread pudding recipe is based off of my classic version, which I actually have yet to share here. I will get around to it eventually! I do have a chocolate chip eggnog version posted, which in my opinion is one of the most underrated recipes on this blog. Anyway, I swapped out some of the milk for pumpkin puree, reduced the amount of alcohol, and tweaked the spices to be more pumpkin pie spice-y. The result is a decadent-tasting, but not heavy, pumpkin bread pudding that hits the spot with a scoop of vegan vanilla ice cream. Also, if I made this again, I would totally add chocolate chips too.

Man, several years ago, I would have thought you were crazy if you told me I’d be making vegan bread pudding, or vegan eggnog. A while back I wrote about my slightly embarrassing high school boyfriend and our failed attempt to make bananas foster. His mom, who in that story wouldn’t allow us teenagers alone with a few tablespoons of rum, makes (made?) amazing bread pudding. It got to the point where I was raving about it so much that she would make it for me on a weekly basis. I think back fondly on my teenage metabolism… also, I am now questioning why she always had so much stale bread.

Anyway, when I figured out how to make vegan bread pudding and it was just as good as the infamous High School Boyfriend’s Mom’s bread pudding, that was one of those moments when I realized that I was definitely gonna be able to do this vegan thing. I have to confess that plain vanilla is my favorite flavor – what can I say, I’m boring. But for the pumpkin lovers, this version hits the spot. =] 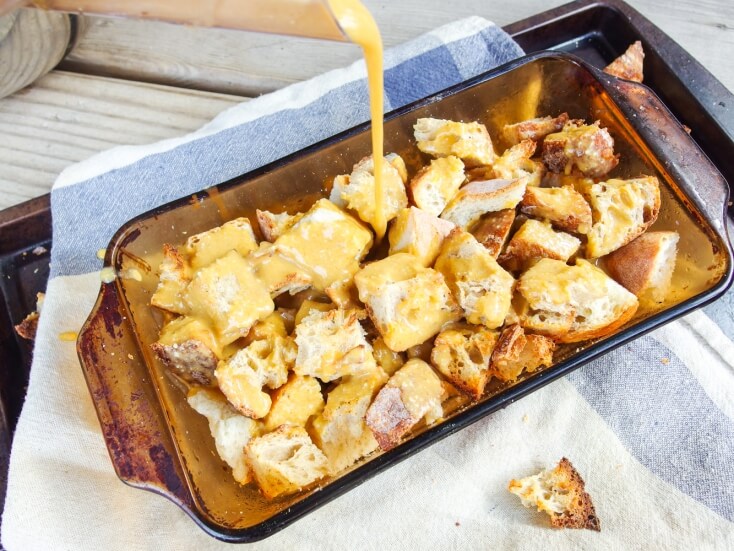 Taking this picture was way too much work. 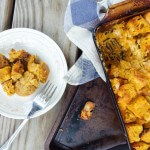 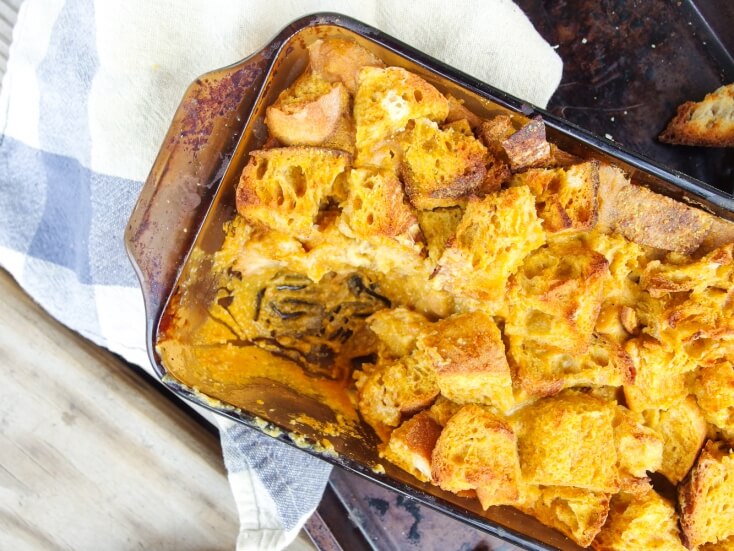 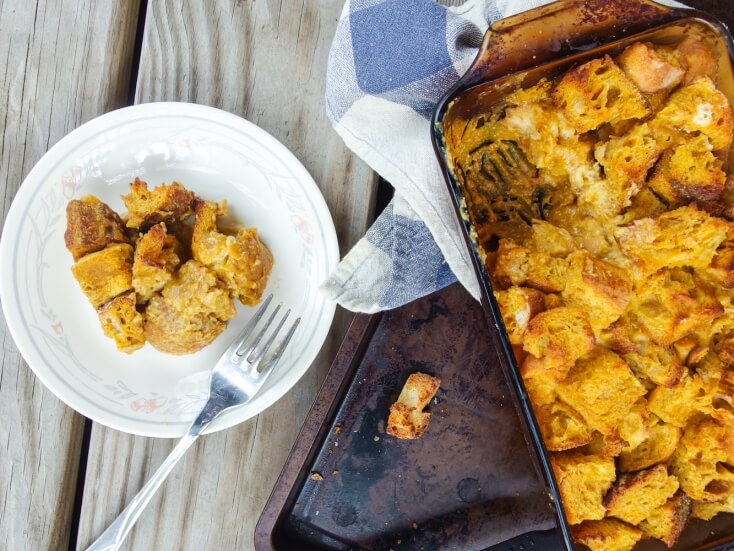 So there you have it! Vegan pumpkin bread pudding. Happy October/autumn!