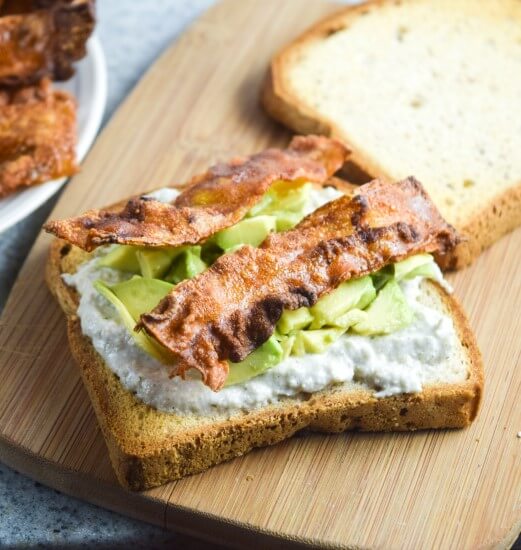 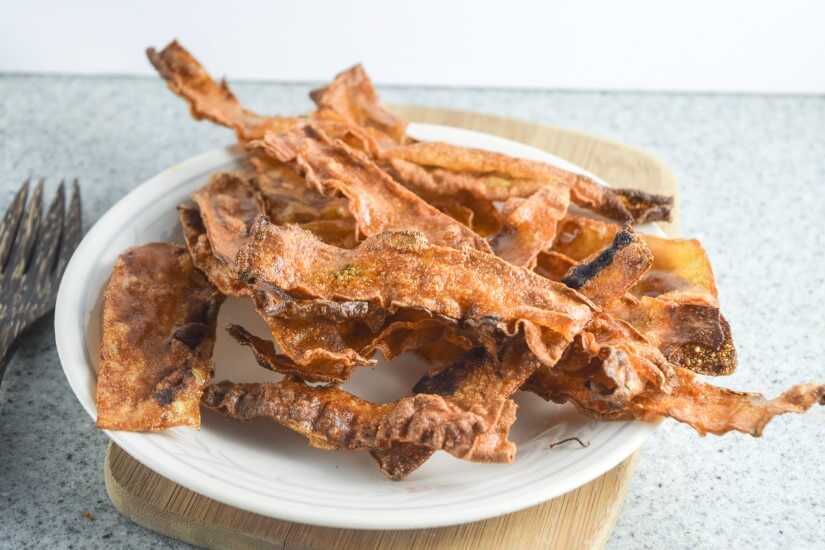 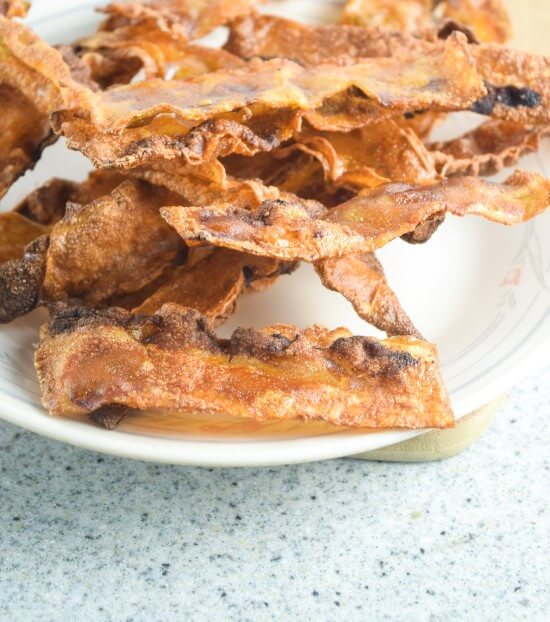 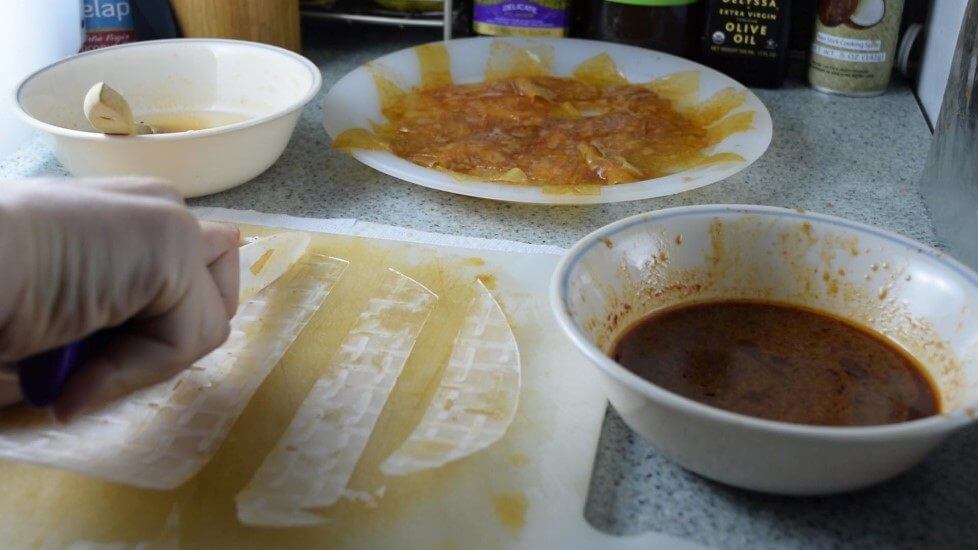 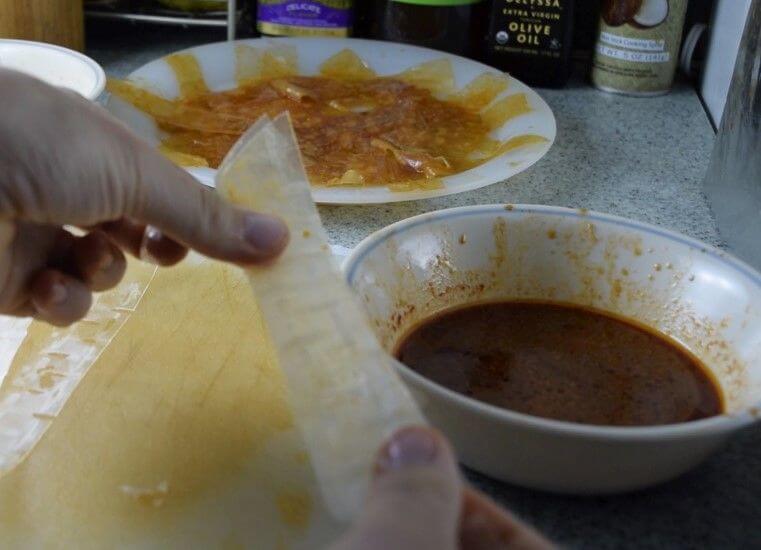 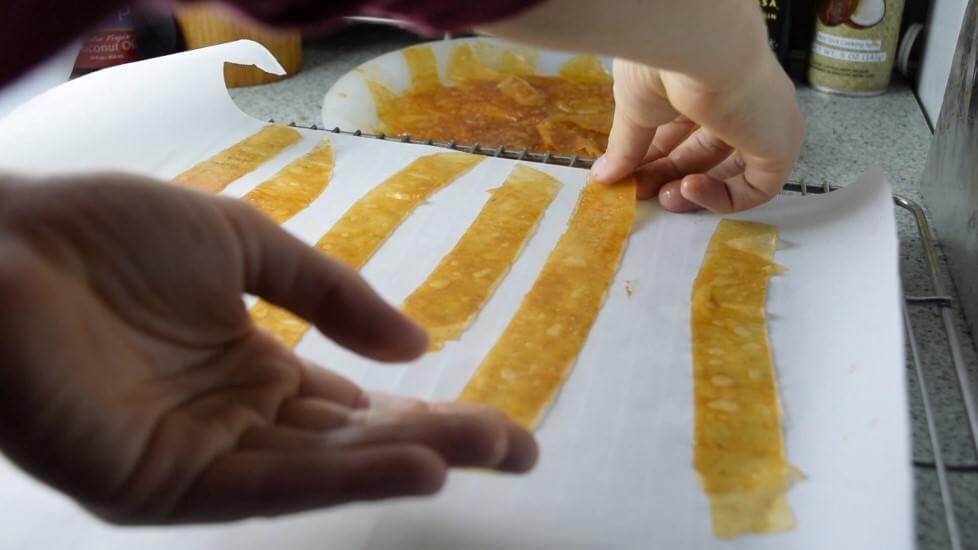 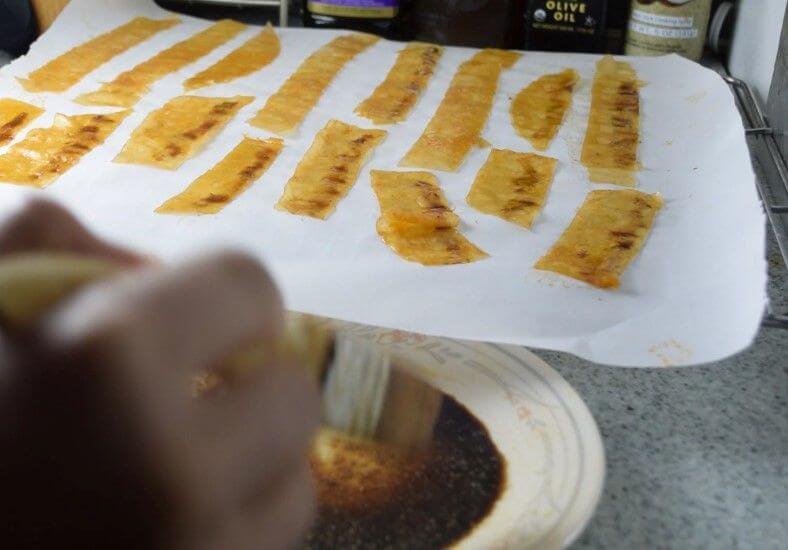 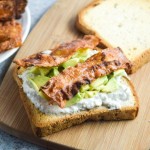 OPTIONAL "MARBLING": Take a couple of spoonfuls of extra marinade and add a dash of balsamic vinegar and another good sprinkle of black pepper, and mix. Use a brush to dab a very light amount of the balsamic mixture onto various places on the rice paper bacon strips. Once baked they will produce the marbling effect that you see in my pictures. MAKE THIS IN THE MICROWAVE: The vegan bacon that's almost too good to be true. I discovered it on accident when I just wanted to test the flavors. The texture is *not quite as good* as from the oven, but it's still great. Take a microwave-safe plate and place the marinated un-cooked strips on it. Do not crowd the pan, you may have to work in batches. Microwave in 30-second intervals at full power until crispy. You will hear a LOT of sizzling and need to wipe excess oil from the plate between batches. 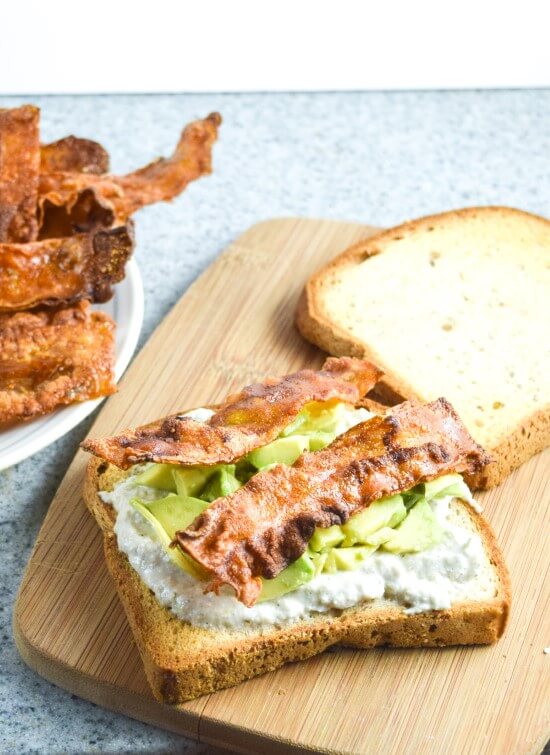 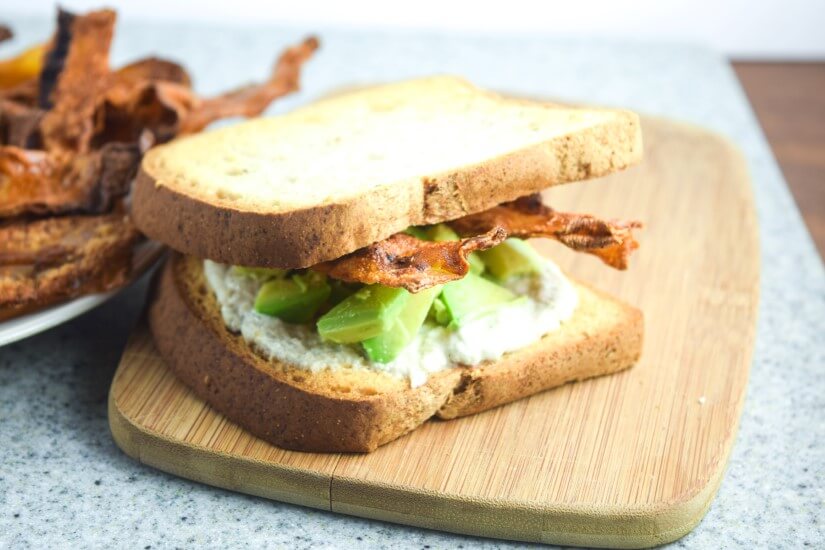