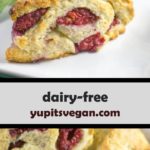 2018 is the year of finally sharing some ancient recipes from my catalog that never made it to the blog somehow. I’ve been happily making my vegan scones recipe for at least three years. It took a reader request to finally stop procrastinating and take some step-by-step photos and get this recipe to you! The power of requests. Always reach out to me if there’s something you want veganized – I may already have a recipe! 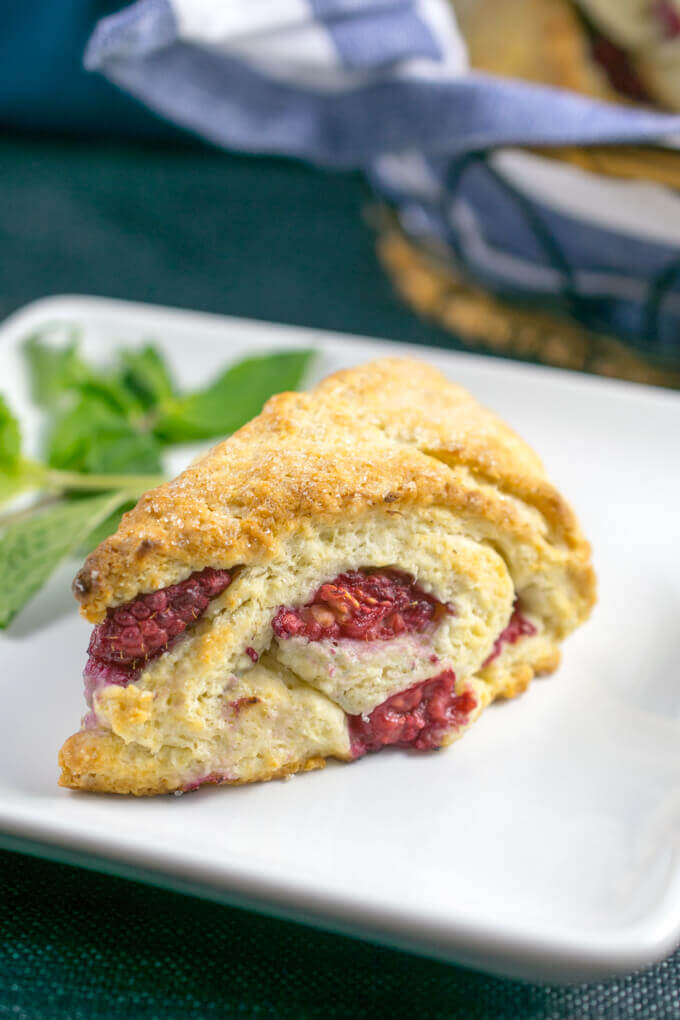 Sorry also for the delay in new recipes (I hope these vegan scones were worth the wait, though!). I took a much needed vacation last week. Now, thanks to jet lag, I’m awake at 3:30am writing about scones. I suppose I’ll probably have horrendous sugar cravings all day :D. 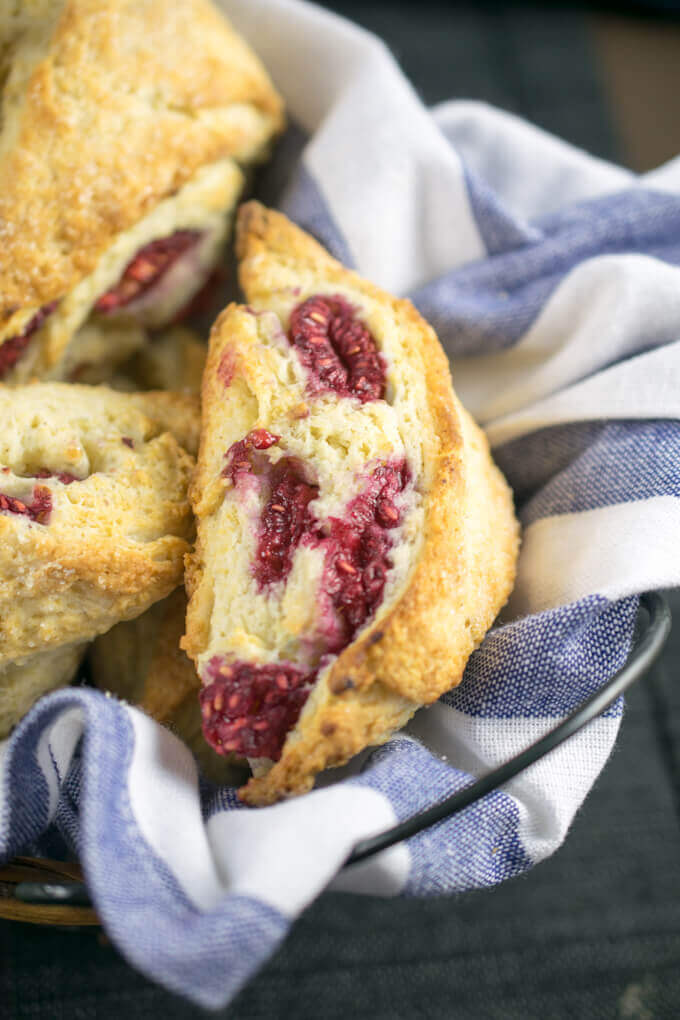 I put a little bit of fuss into my dairy-free scones. Some recipes may tell you to mix up the dough, shape it into a blob, and cut it into triangles. I have nothing against those recipes! However, I’m really needy and I want my scones to have distinct layers. I love the variegated appearance and the extra crevices for adding jam or filling. Consequently, we are doing this fancy and folding and rolling the dough to create extra layers. Not to worry, I have photos of every step! 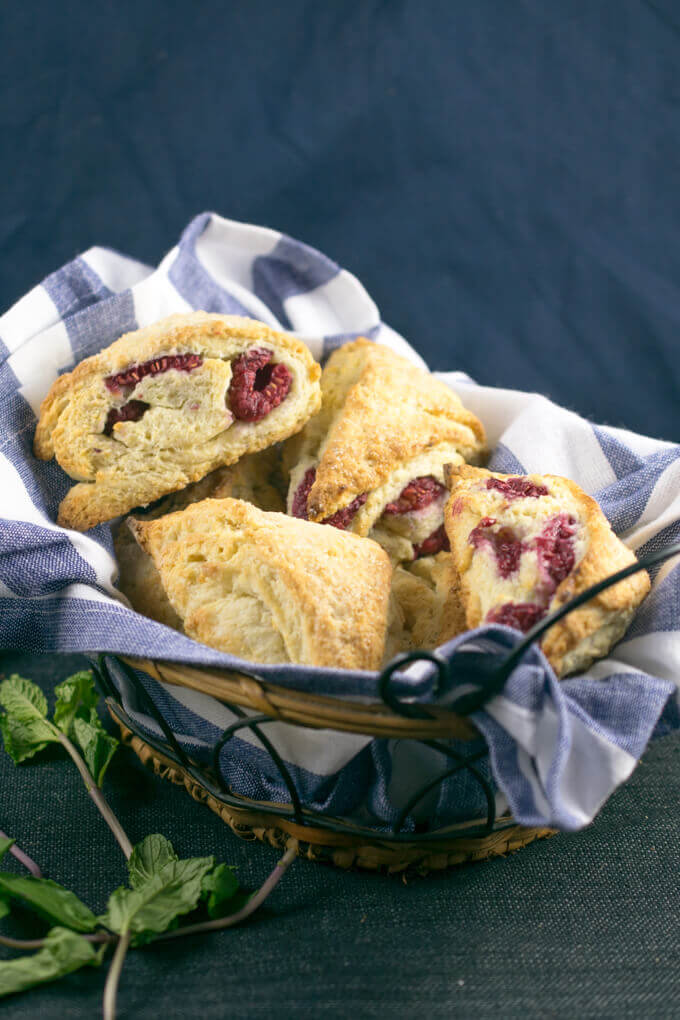 I also want to set some expectations about coconut oil and vegan butter as it comes to biscuits and scones. Vegan butter is somewhere around 10% water. Little pockets of fat form in the vegan scone dough and when a butter substitute is used, the water content evaporates which leaves airy little pockets in the dough. When coconut oil, which is 0% water, is used, there’s nothing to evaporate. Flaky texture is still achieved, but it’s not as light and delicate.

When it comes to vegan chocolate chip cookies and vegan snickerdoodles, you can get around this by mixing liquid and oils together directly, but for more delicate vegan scones, it’s not quite so simple.

The pictured scones are made using coconut oil. For those who have a reliable vegan buttery product that they like, I would welcome to substitute that for the coconut oil if you prefer. Both versions of my vegan scones are delicious, omnivore approved. So don’t stress! I just wouldn’t feel right keeping this information from you. 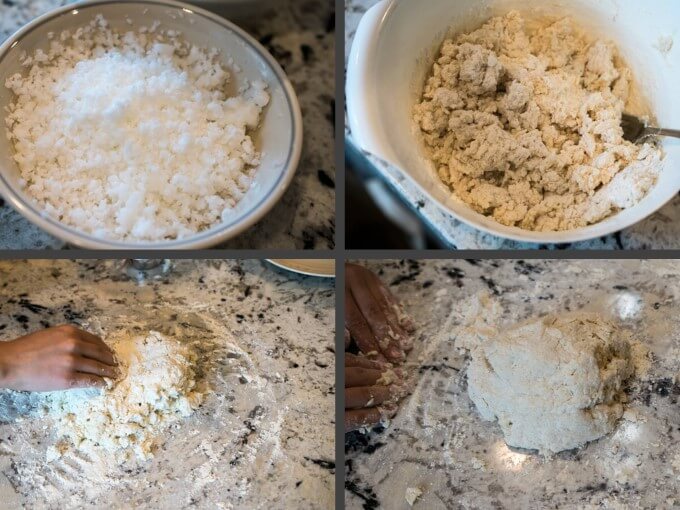 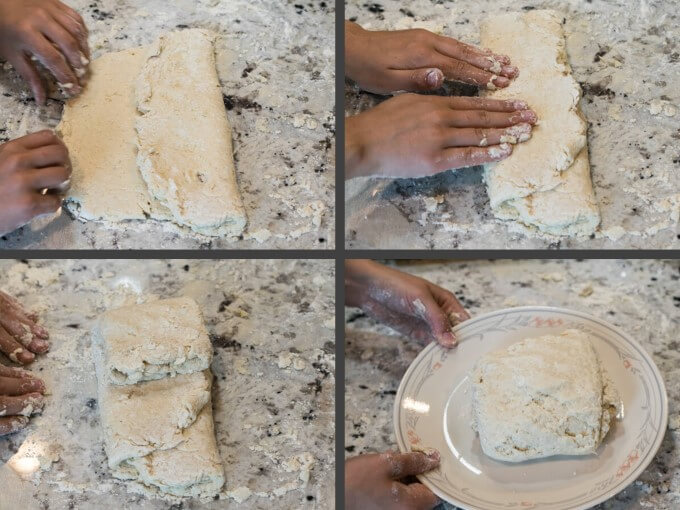 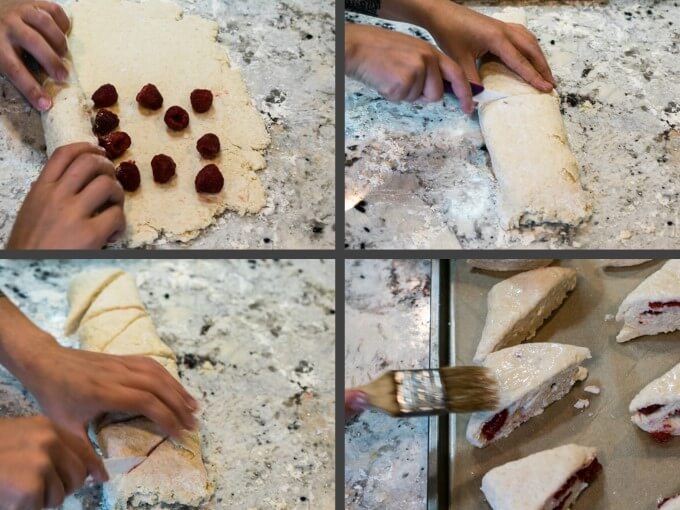 To be slightly more healthy, you can also use whole wheat pastry flour in these vegan scones, as evidenced by this super old picture I took in 2015. Obviously you won’t get that tantalizing pale color, but texture and taste-wise they’re still a success. 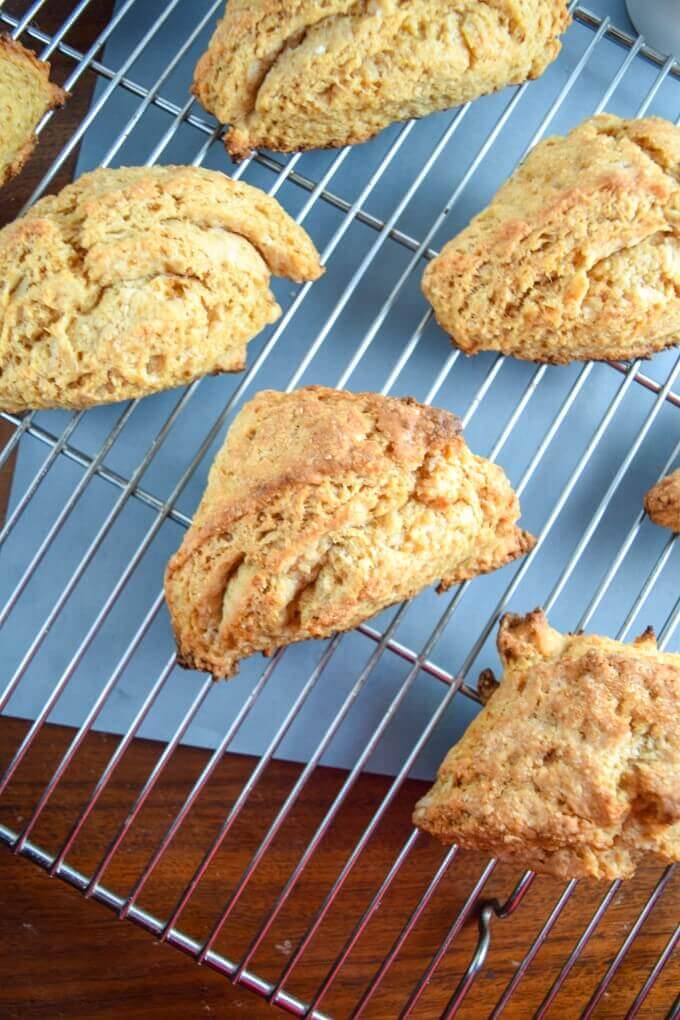 If you want to go a more savory route or simply reduce the sugar content, I tested these with 1/3 cup of sugar instead of the allotted amount. The texture still gets nice and fluffy, the flavor is perhaps a little more bready. Totally still delicious.

Because the dairy-free milk in these scones is of a small quantity and doesn’t have a crucial role, I won’t be pedantic as usual about it: feel free to use coconut milk, almond milk, soy milk, or whatever you’ve got. Gluten-free flour also does work well in these.

Eat these vegan scones with “butter” and jam, drizzle them with glaze, or simply enjoy them plain! 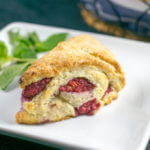 Classic vegan scones made with coconut oil, and flavored with raspberries and vanilla beans (or whatever fillings you prefer!)

SUGAR: You can use coconut sugar, or reduce the sugar quantity to 1/3 cup, both with slightly more bready but still-tasty results.

COCONUT OIL OR BUTTER: Feel free to substitute your favorite vegan butter for the coconut oil, increasing the quantity to 8 tbsp. You can also use the butter for brushing the scones instead of vegetable oil.

Adapted from America’s Test Kitchen and Produce on Parade.