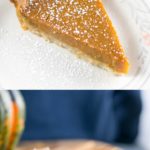 Lightly spiced vegan sweet potato pie that holds its texture when sliced. Plus, it’s maple-sweetened and made with everyday ingredients. 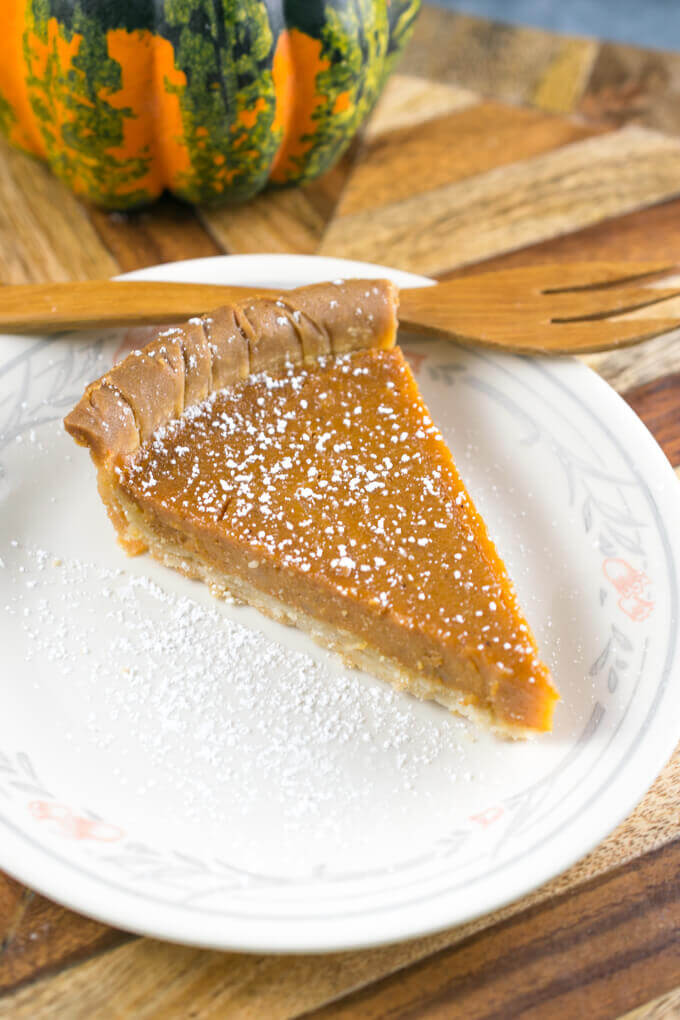 If you share my complaints, then this is the vegan sweet potato pie recipe for you.

While the traditional recipe is made with butter and eggs, I used a mixture of aquafaba and cornstarch to give texture and body to this vegan version. Wary of making it too gummy, instead of increasing the cornstarch further I also added a little bit of regular flour. The result is a pleasing custardy texture that slices great. 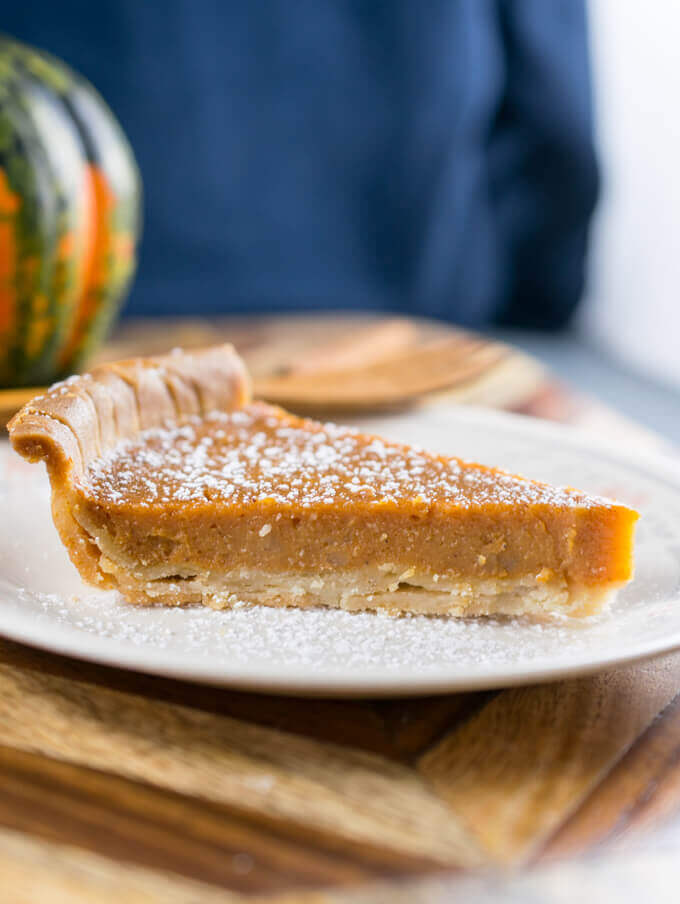 I think a non-vegan sweet potato pie of this size would generally have at least a half of a cup of butter. Here we used only a couple of tablespoons of oil just to add some richness. To round out the sweet potato filling I gently spiced it with cinnamon, nutmeg, and lemon zest (secret ingredient!). 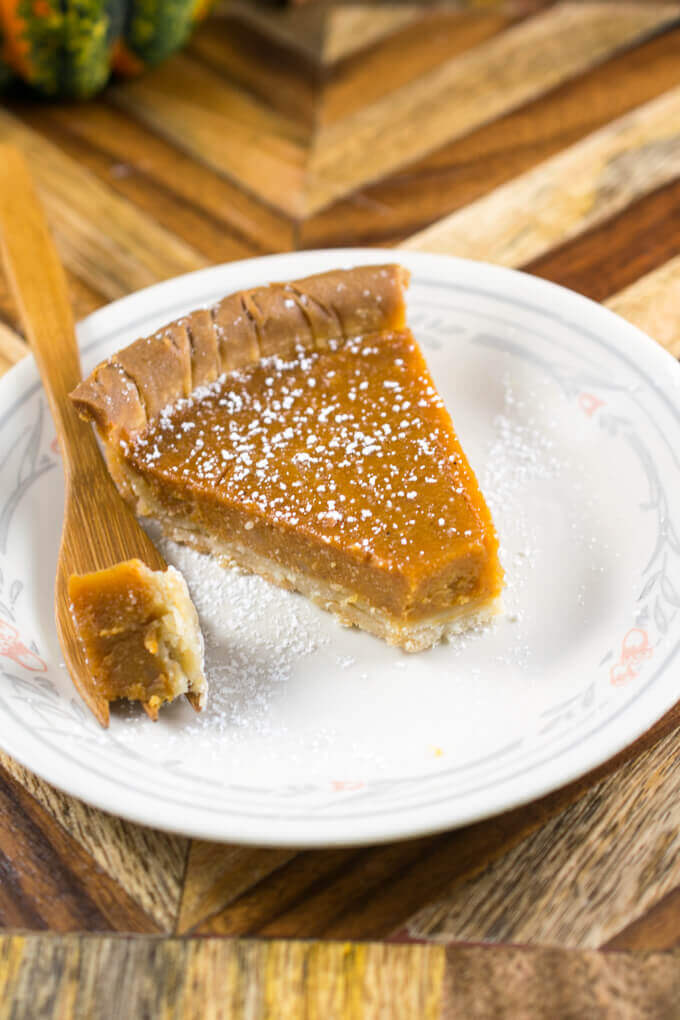 Use the pie crust of your choice. I don’t f*** with pie crust, so in the pictured pie I used a store bought gluten-free crust made by Wholly Wholesome (it was okay). To make the pie completely gluten-free, just use oat flour, gluten-free AP flour, or some other mild wheat-less flour in the filling. But whatever you do, don’t use chickpea flour. Ask me how I know.

I asked my coworker if he’d change anything about this vegan sweet potato pie and he said “I’d make it appear at my Thanksgiving table”. A ringing endorsement! Change things up from the usual tired pumpkin and serve up some sweet tater pie this holiday season. Enjoy!

AQUAFABA: Aquafaba is the cooking liquid from beans, which is used as an egg alternative because its protein structure is similar. For my recipes I almost always use liquid reserved from draining a can of chickpeas or white beans. NUTRITION: Nutrition facts are calculated using 1 Wholly Wholesome brand regular pie crust. Nutrition will vary depending on which crust and toppings you use. 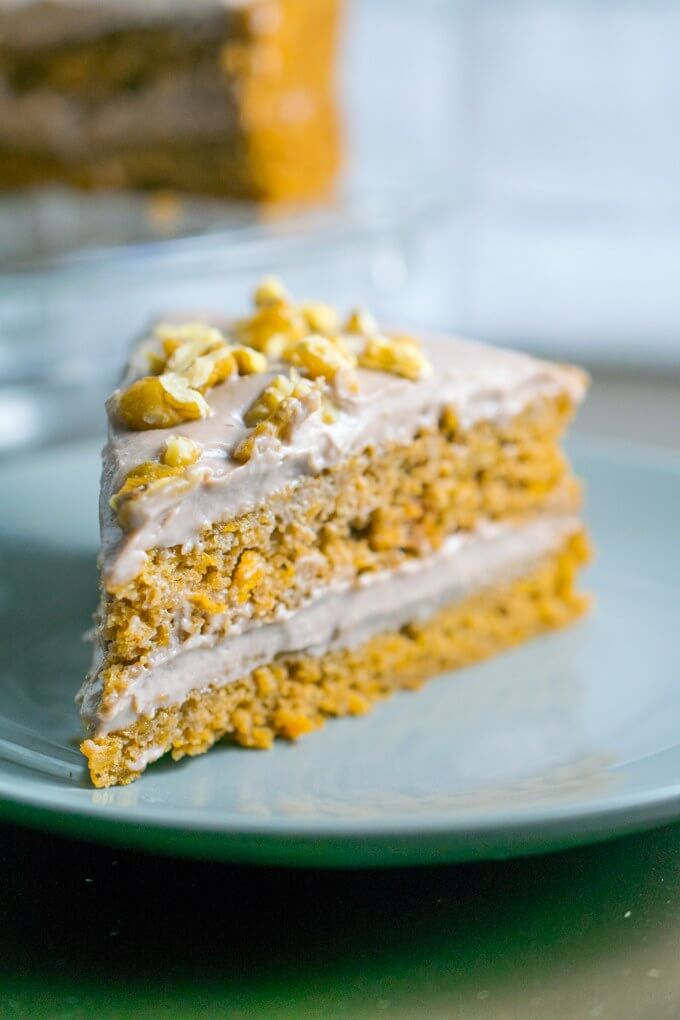 If you’re craving a savory pie then try my ultimate vegan quiche! 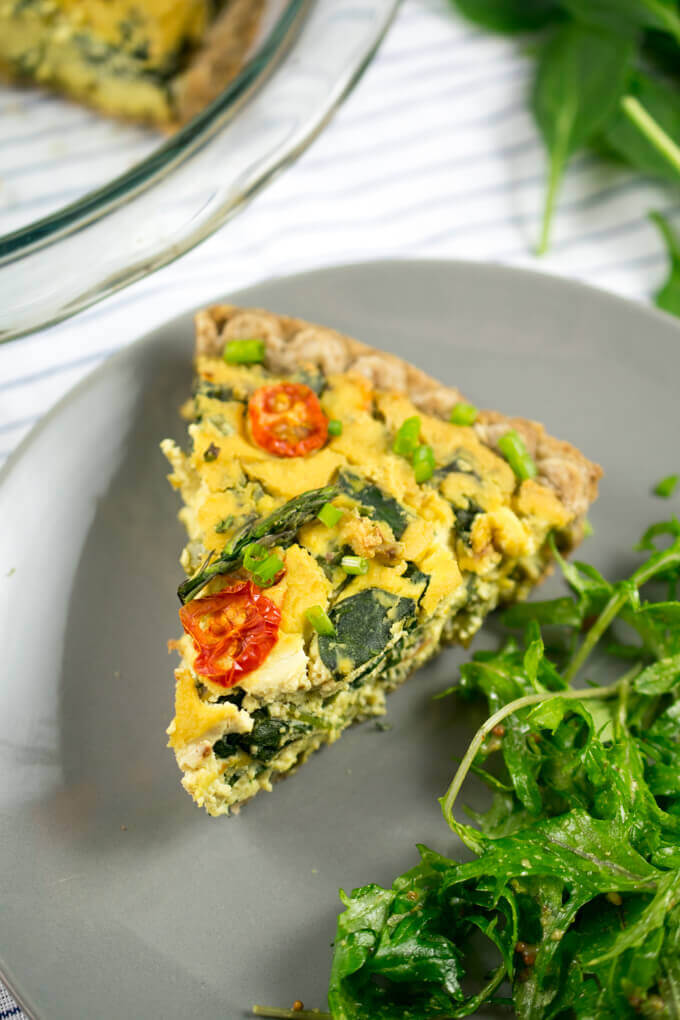