Someone should probably stop me before I turn into a human pretzel! I just can’t get enough of that salty-sweet flavor and crispy texture. These pretzel cinnamon rolls are soft, buttery, and sweet on the inside, but crisp and salty on the outside. Top it off with maple whiskey glaze and it’s tough to ask for anything more! And yes… I did go a little crazy with the pictures today =P. 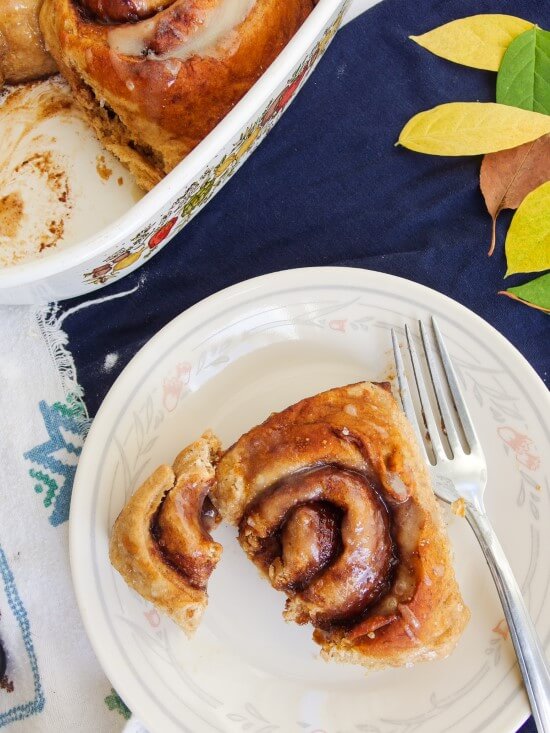 As the classic joke goes, I love cooking with whiskey, and sometimes I even put it in the food. Cue the groans. 😀 back when I shared my pumpkin bread pudding I mentioned the bottle of Crown Royal maple-aged whiskey that I got on a tremendous sale. Ever since then, I’ve been digging that maple whiskey pairing. Thankfully, I exercised enough self-control and managed to make the bottle last until almost November! Whiskey + maple makes for a deep, nutty flavor that works perfectly with cinnamon. 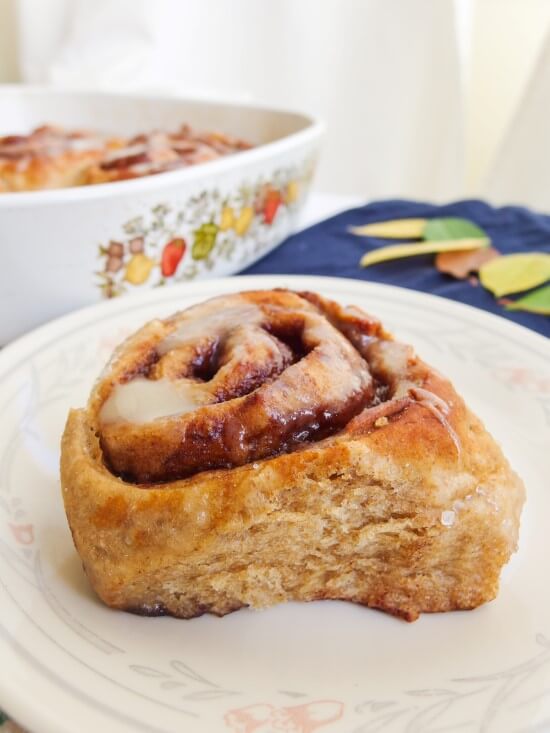 The pretzel cinnamon rolls did go through a trial and error process. Here’s what they looked like the first time (which I used to tempt everyone on Instagram): 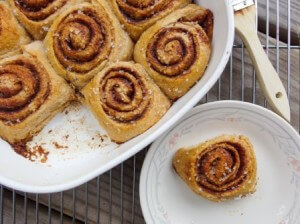 They tasted great, but they were too dense inside, and didn’t have quite enough surface area for pretzel-crusting. The main issue was that my dough was not moist/tacky enough. The secondary issue was that they needed to be cut into fewer, larger rolls. After I noted these things, I made some tweaks, and after some testing, the final recipe was born. Ah, seriously what’s better than a warm cinnamon roll and a cup of coffee on a cold, rainy morning? (Answer: the kitchen staff of Vedge cooking me a five-course breakfast in bed). 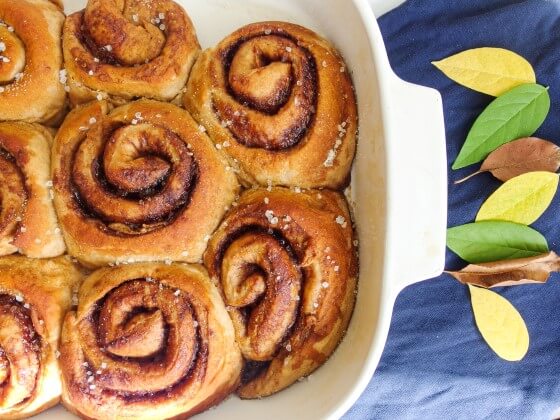 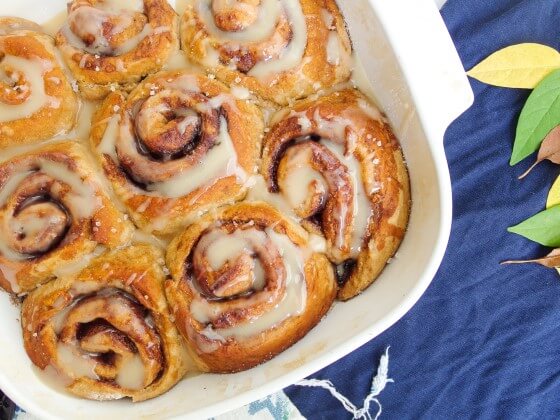 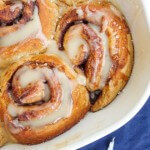 For the pretzel crust:

For the maple whiskey glaze:

To prepare the sweet roll dough:

To shape and fill the cinnamon rolls:

To make the optional pretzel topping:

To bake the pretzel cinnamon rolls:

To make the maple whiskey glaze:

The banana should be very ripe and soft. If it isn't quite there, it will still work in the recipe, but it will impart a noticeable banana flavor. The turbinado sugar is used to add to the "crunch" of coarse salt without making the rolls overly salty. If you don't have it, you can omit it, but be judicious with the salt in that case.

These pretzel cinnamon rolls were made using sweet roll dough adapted from Food Network. Wondering why the instructions call for 9 rolls but these pictures show that I made 8? Ya… I screwed up this batch. I absentmindedly cut the log in half and at that point I was kind of forced to make an even number… 🙂 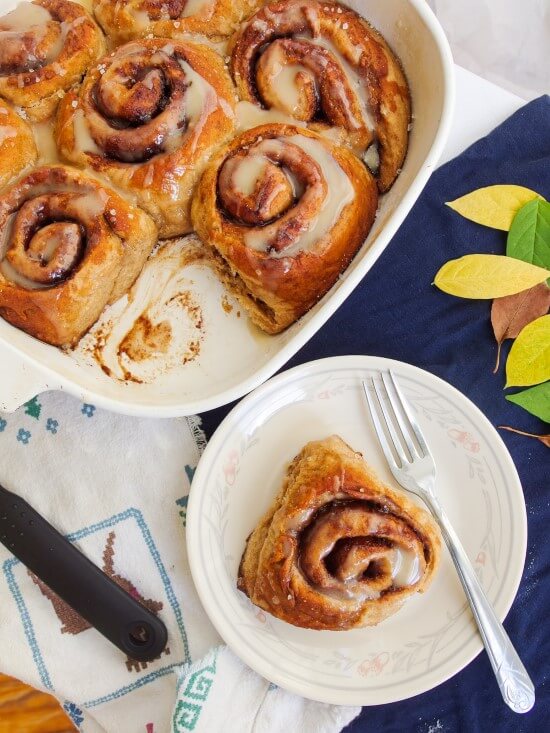