I personally ate this entire batch of gluten-free vegan blueberry pancakes in one sitting. 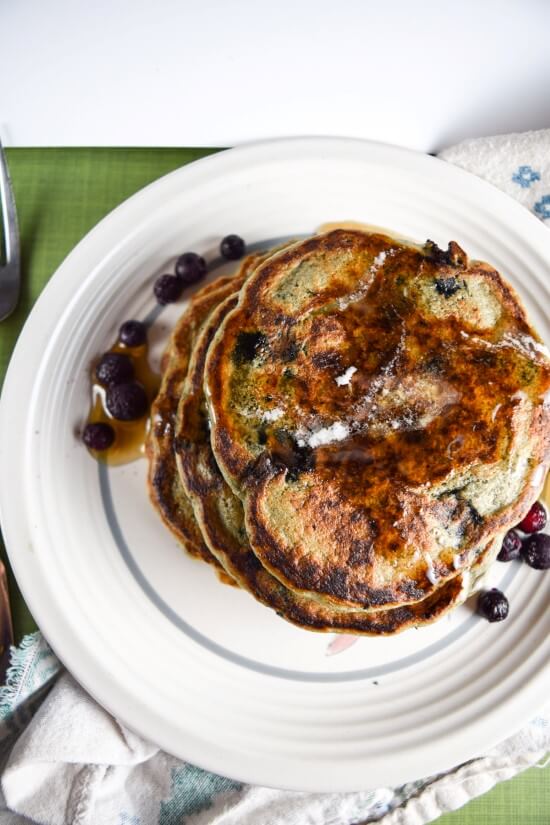 I’ve started kicking my training into high gear for my next race, which will be a 50K (about 31 miles) later this winter. I don’t know specifically which race I’m doing yet – all of the ultramarathons around here this time of year use a lottery system, so I signed up for a few different ones and will wait to see how the dice roll. If I don’t get into any of the ultras, then I’ll run a marathon as a backup. If I do get in, this will be my first ultramarathon! Pretty cool. My goal is definitely just to complete the race, not to go for a specific time. Especially because winter conditions around here can be pretty unpredictable. (Just this morning, despite “balmy” temperatures in the mid-30’s, I was slipping around on black ice during my run). 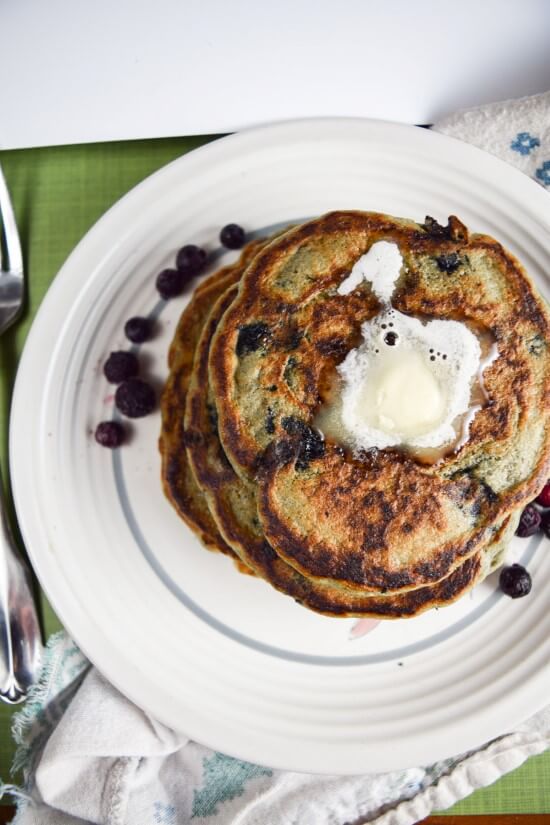 Anyway, that was a roundabout way of saying that I did an 18-mile training run this weekend, and really wanted carbs, specifically pancakes, afterward. So I whipped up a batch of these gluten-free vegan blueberry pancakes, thinking that I’d eat half and freeze the other half. A little while later, I was staring down an empty plate with a few pancake crumbs and some maple syrup. Honestly, I don’t regret a thing! Eating huge meals is a great perk of distance running (I may or may not have paired them with a bunch of potato chips)… and as far as pancakes go these are actually pretty healthy. I think you could probably even make them without the oil (haven’t tested that yet, though!).

Lately I’ve been playing around with oat flour a lot. I love the naturally sweet flavor of oats, and that oat flour is nearly as soft and delicate as all-purpose wheat flour while also being whole grain. Plus, oat flour is relatively cheap pound-for-pound, even more so if you make it yourself from quick or rolled oats. Win-win! For some baked goods, it’s better to combine oat flour with another grain flour that isn’t as sticky, but for these gluten-free pancakes, all you need is a little bit of starch and you’ll get a nice soft and fluffy texture. Officially these are just blueberry pancakes, but I mixed some chocolate chips into half of the batter and I gotta say, that was a pretty tasty addition. If I was even hungrier (which is seriously difficult to envision) I might have also added some toasted pecans on top. Mmmm. 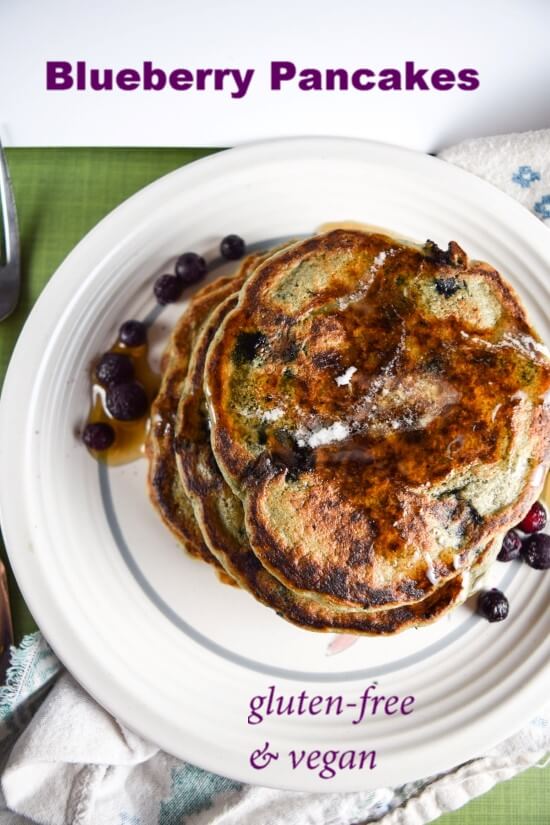 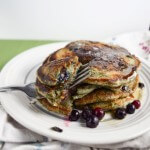 After testing out a pancake, if you'd like a thicker/heartier texture, stir a little more oat flour into the batter. If you'd like a texture that's less thin, add more nondairy milk to the mixture as desired. Speaking of oat flour, if you're making it yourself from oats, BE sure to grind it as finely as possible. The reason that the nondairy milk should be at room temperature is so that the coconut oil doesn't solidify when it comes into contact with the cold liquid. I sometimes take my soy milk right from the fridge and nuke it in the microwave for 30 seconds to get it up to a warmer temperature. 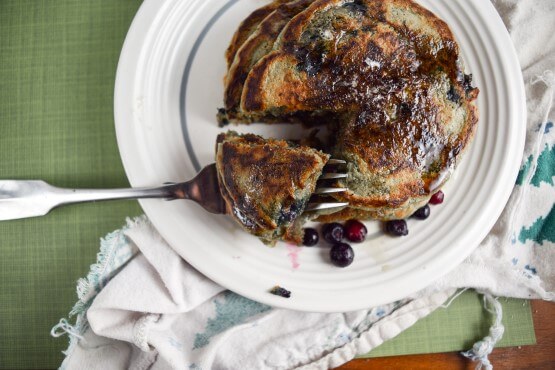