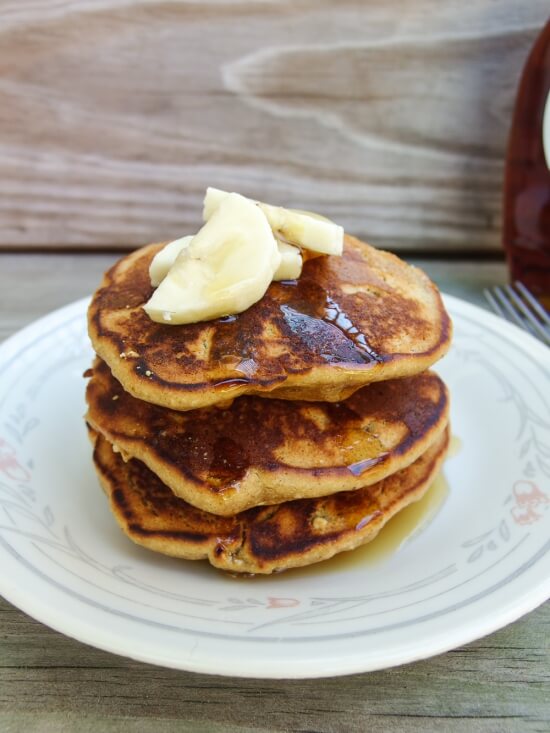 Today we’re doing chickpeas for breakfast, and not the savory kind! These chickpea almond pancakes are grain-free, full of nutrition (but also some sugar), and perfect with a drizzle of maple syrup. In case you’re joining mid-month, my Vegan MoFo 2014 theme is Legume Appreciation Month. All throughout September I will be sharing recipes that, well, appreciate legumes! Click here for the introduction post.

I absolutely LOVE pancakes. I don’t eat them very often, though. For one thing, I am too ravenously hungry in the mornings to spend time measuring things. I usually go for immediate breakfast gratification in the form of overnight oats. For another, as I’ve mentioned before, I don’t take well to large amounts of sugar. A typical stack of pancakes will send me into a food coma for the next few hours.

That said, I will admit that food comas are totally worth it sometimes. We had breakfast-for-dinner in acknowledgement of this possibility, but I did also take some steps to reduce the glycemic index in this recipe, so that it’s easier to enjoy these pancakes at any time of day. 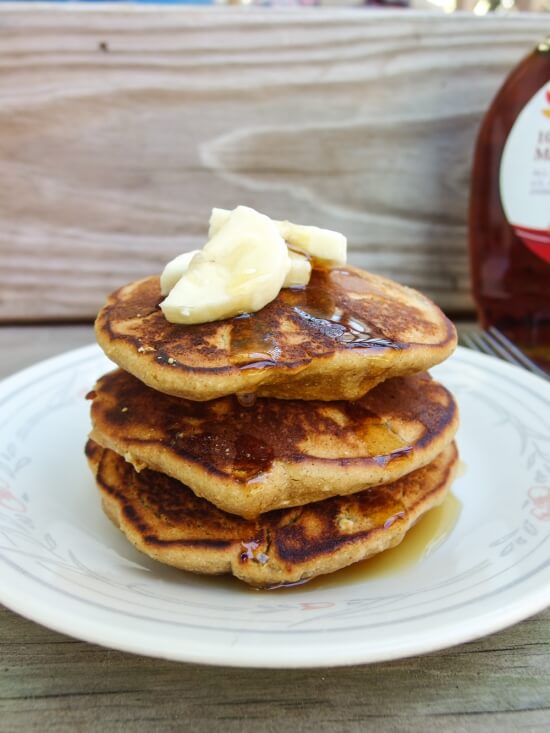 I know from making savory chickpea pancakes in the past that chickpea flour has a delightfully fluffy texture. I also used part almond flour to add a little bit of sweetness and nutty flavor. Thanks to the coconut milk, there is no danger of the pancakes being gummy – and thanks to the lack of grains in the batter, there is no danger of overmixing! I love that. Seeing lumps in my batter always just feels wrong. Even if they’re supposed to be there.

The legume breakfast recipe I originally had planned was a vegan strata, and that did NOT turn out. Trust me. It was kind of a blessing in disguise, though, because these chickpea almond pancakes were fabulous. Just promise me that you will use real maple syrup. It doesn’t have to be the fancy grade. I usually just buy the store brand, so it’s really not terribly expensive, and it’s so worth it. 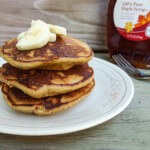 To make your own almond meal: you will need a coffee grinder, blender, or food processor – whichever one is smallest. Measure out as many raw almonds as you’d like (you can leave the skins on!). Pulse them for 30 seconds. Transfer to a mesh sieve or flour sifter positioned over a bowl, and shake to let the almond meal pass through. For the bigger pieces that don’t pass through, put them back into the e.g. blender and repeat. Usually after 2-3 rounds enough of my almonds have turned into meal that I end the process. You can throw any extra bits in just about anything (including these pancakes; soups; bread; oatmeal; vegan bolognese sauce??), or just snack on them.

Unused almond meal should be stored in an airtight in the container in the fridge, or preferably, the freezer. Like flax meal, it can go rancid quickly, so it’s best to just make it in small batches as needed. Yes, this is a cheater version. Usually almond meal is made from blanched, dehydrated almonds. Do not use this version for very delicate things like macarons – for that, you’ll want to do the full monty.

Adapted from The Beautiful Balance. Which included, among other things, doubling the recipe. 😉 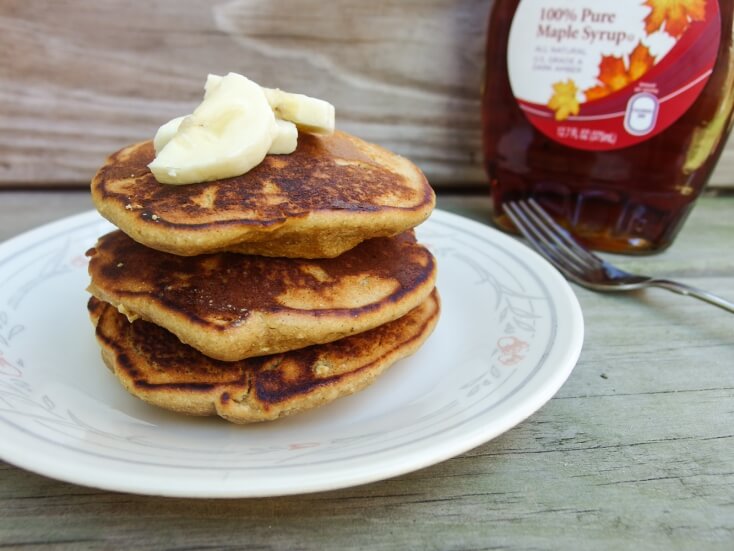