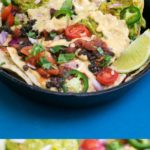 Let’s be honest, vegan nachos are really just a vehicle for delicious toppings like cauliflower queso, and these spicy lentil nachos deliver. 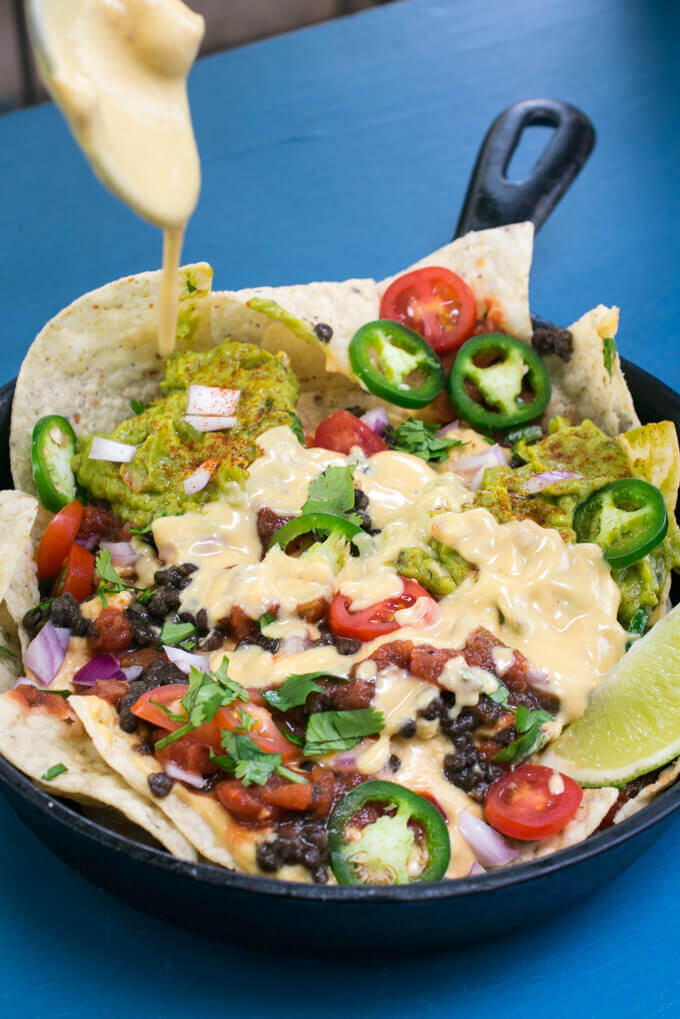 I haven’t actually had very many vegan nachos in my life because I never order them at restaurants due to my oft-mentioned not-a-fan-of Daiya thing. I’m always living in fear that it will show up on something I order. Always.

Aside from obviating the anxiety about encountering an unsavory cheeze product, the other nice thing about making homemade vegan nachos with a DIY vegan nacho cheese is that they’re generally faster to make, which makes the restaurant option less tempting anyway. The sauce is already “melted” in consistency so you don’t need to wait things out in the oven if you don’t want to – just drizzle it on and dig in. 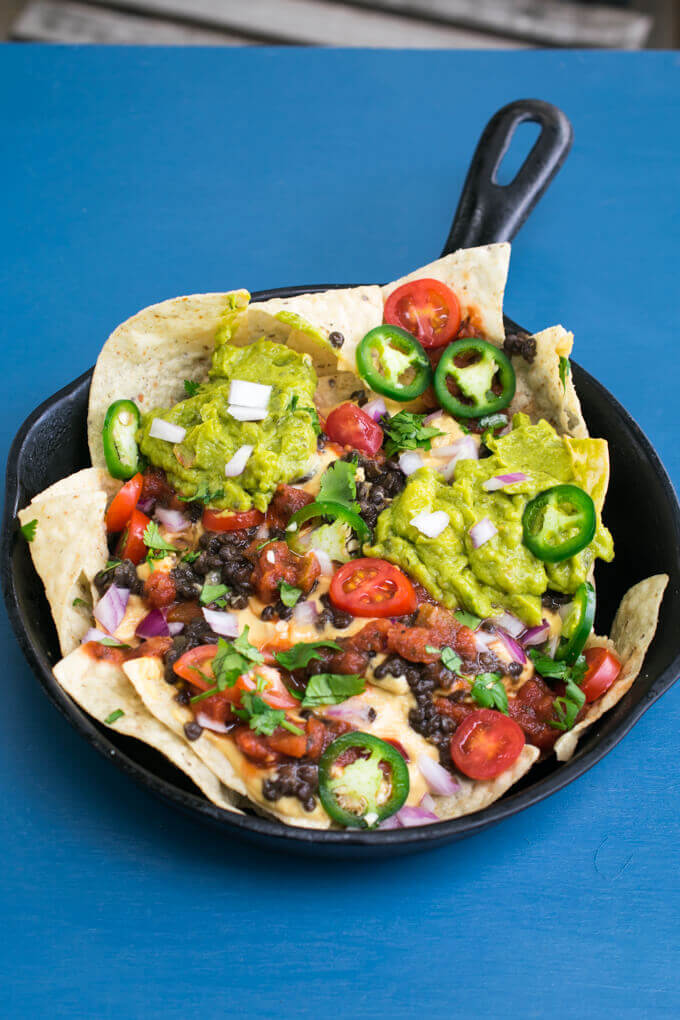 We had a housewarming party this spring and I set up an all-vegan nacho bar where folks could make a bowl of scoop-shaped chips and top it with refried beans, homemade soyrizo, salsa, guacamole, and cauliflower queso to their liking. So if you were wondering why I haven’t been posting as frequently, it is indeed because I was busy making nachos fixins for 50 people and got behind on my recipe schedule. 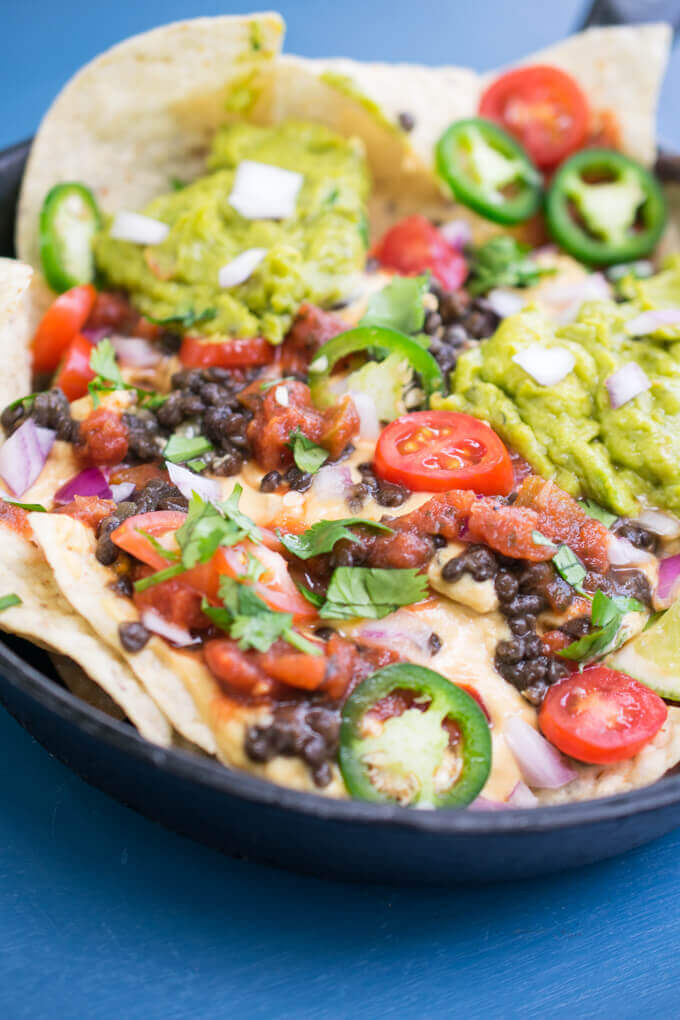 Tip! If you don’t like your dairy-free nachos with a cheese sub, or just don’t have time to make the cashew cheese, make a no cheese version by thinning out guacamole with some lime juice and non-dairy milk to turn it into an avocado crema, and drizzle that on top instead.

Use the taco spiced lentils below, or the soyrizo linked above, and the rest of your favorite dairy-free nacho toppings to make your own vegan nachos supreme, and enjoy! 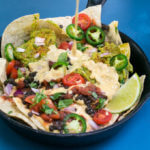 Serving suggestions for the vegan nachos:

For assembling and serving the vegan nachos:

TACO SEASONING: If you don't have commercial taco seasoning you can also use a few big dashes of ground cumin, paprika, chili flakes, garlic powder, dried oregano, and pepper, or a combination. The earthy black lentils will be forgiving to various spice combinations. NUTRITION: Nutrition facts are very approximate due to variation in toppings.

Other things that are yummy on these vegan nachos: 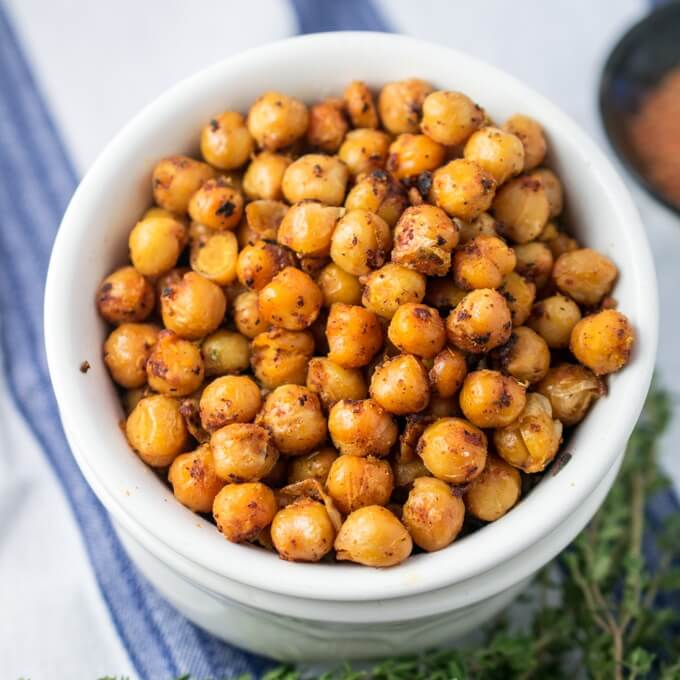 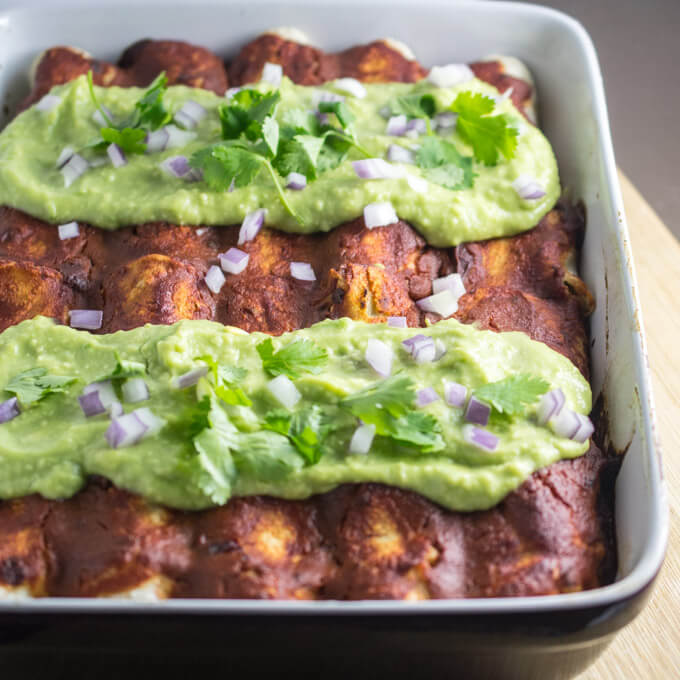 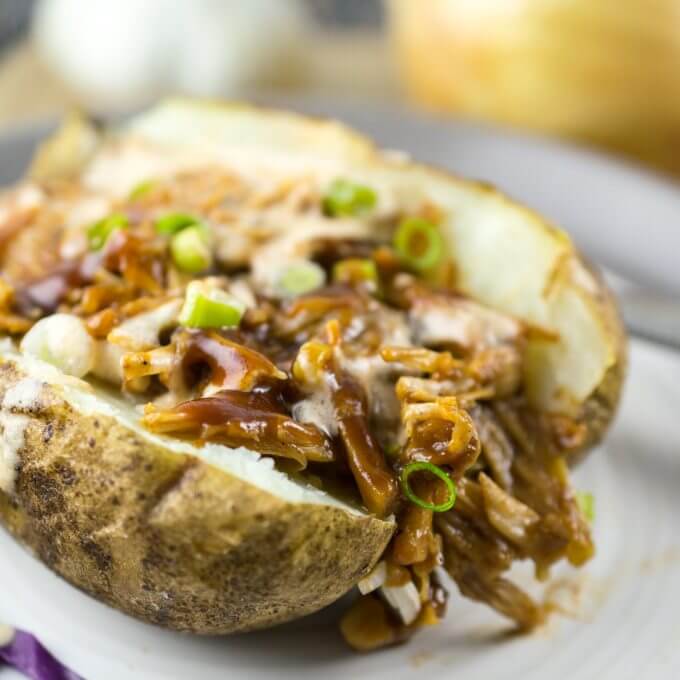