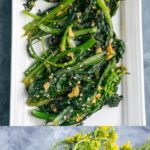 Last week’s CSA share was full of leafy green surprises, not least of which was this beautiful choy sum, with its tiny yellow flowers and appearance similar to Chinese broccoli. I’m happy to say that within a week’s time I became a big fan of this veggie. Getting a farmer’s market vegetable share has been great for introducing me to new foods and cooking techniques over the years. I highly encourage it! 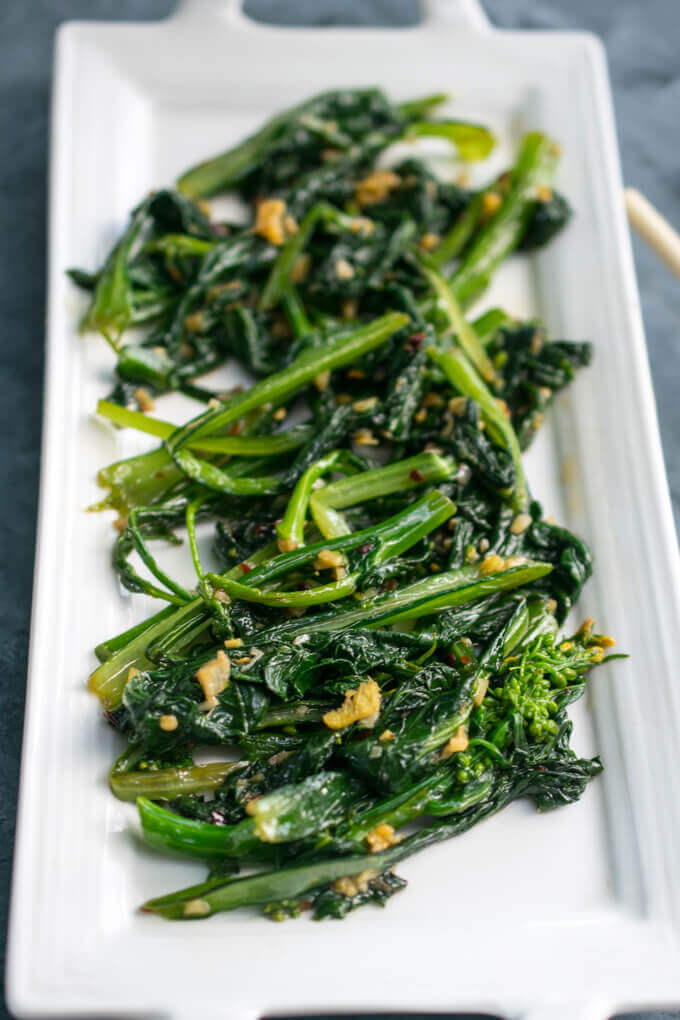 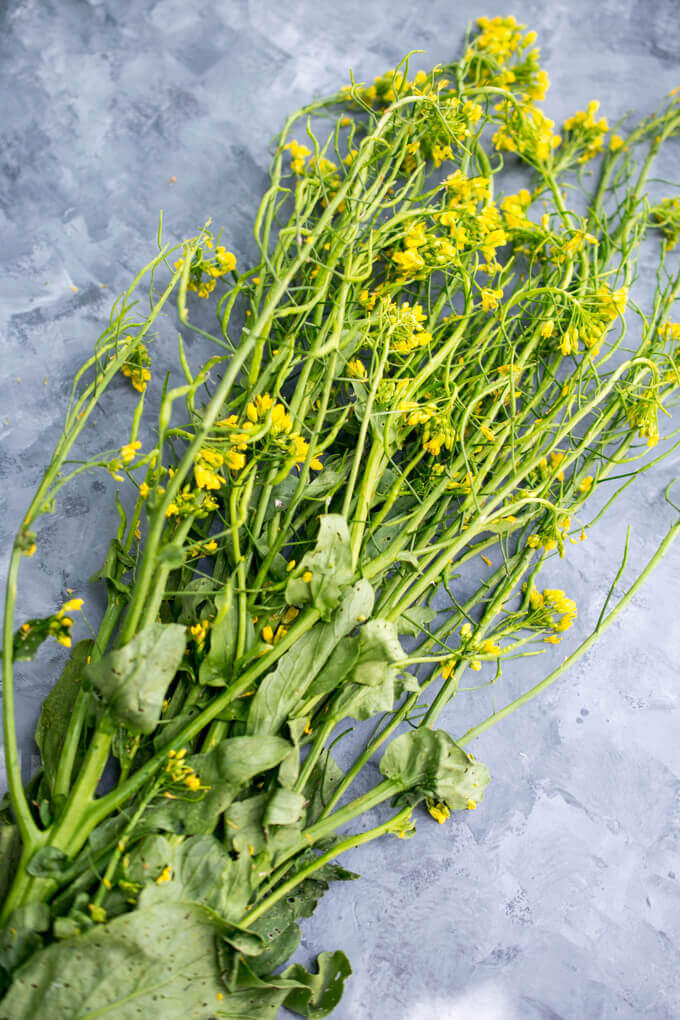 When I have no idea how to cook an unfamiliar veggie, I usually roast it or stir-fry it. Choy sum was no exception to this rule. With two full bunches, I had the chance to experiment a little bit and I’ve settled on a cooking and seasoning method that I’m happy with. This veggie comes in a few varieties, including a purple version, but I’m confident any of them will work with this simple stir-fry recipe.

Choy sum is well-known in Chinese cuisine, and perhaps (I hope!) also making it into the mainstream over here in the states. I’m sure I’ve probably come across it at H-Mart before, but this was my first time seeing it at the farmer’s market. And I absolutely love it! 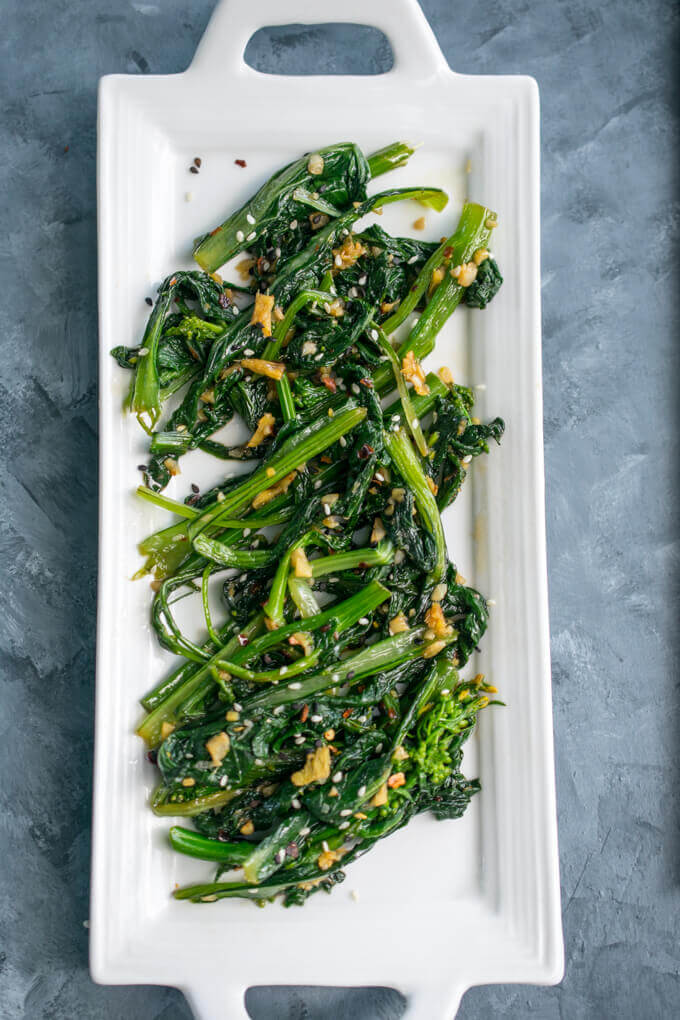 The texture of choy sum is a lot like broccoli rabe but the flavor is much less bitter. It’s almost like a cross between broccoli rabe and bok choy. It’s a bit hard to describe the specific flavor of various leafy greens, though, so you may have to just take a leap of faith and try choy sum for yourself!

Aside from being delicious, choy sum is packed with Vitamin C, Vitamin A, protein, calcium, and iron. It would be delicious served alongside some tofu bulgogi, General Tso’s chickpeas, or orange tofu! 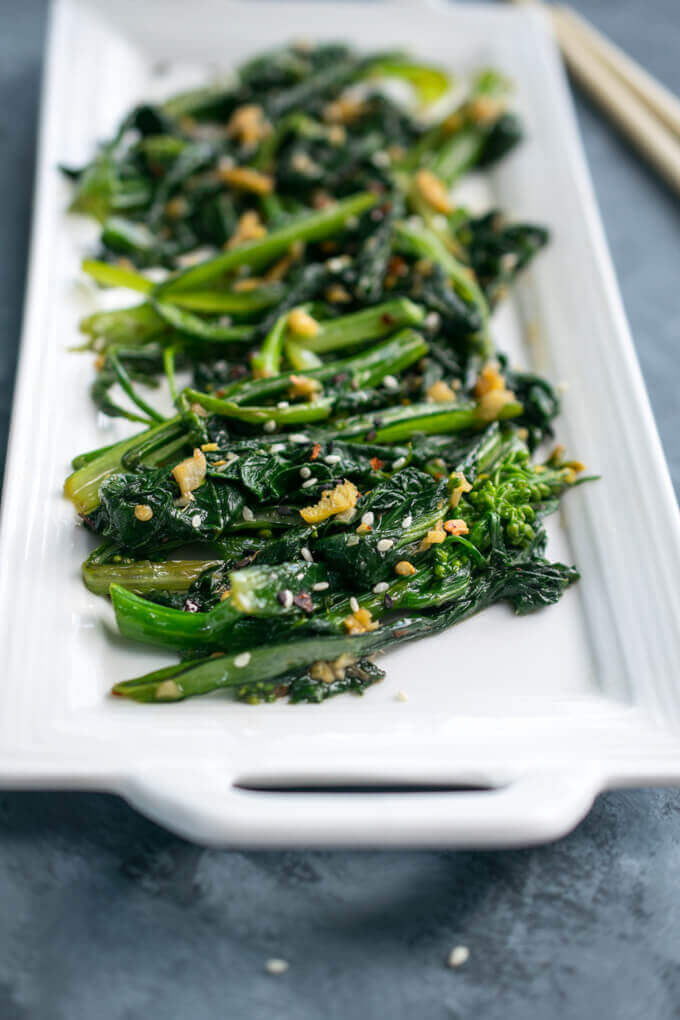 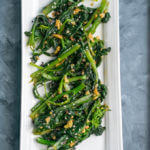 RICE WINE: Dry sherry is a good substitute for rice wine. And if you don't have either of those, use a clear spirit of some sort. I sometimes substitute plum brandy in recipes like this, with good results. If you don't use alcohol, use 1 teaspoon of rice vinegar and a pinch of some sort of sweetener.

Pssst… Looking for Chinese flowering cabbage, flowering pak choy, white flowering cabbage, tsoi sum, or Chinese soup green? You’re in the right place. This veggie goes by many names, partially due to disparate attempts to translate its name from the languages spoken in its native and nearby regions. (More information about that from Agriculture Victoria).