I’ve had a jackfruit carnitas recipe on my site since the earlier days of this blog. When I made it again recently, I realized that I could improve on the recipe by applying some new things I’ve learned about preparing jackfruit. I’m not so concerned with trying to mimic the texture of meat; I just want the recipe to be toothsome, flavorful, and as simple as I can get away with. 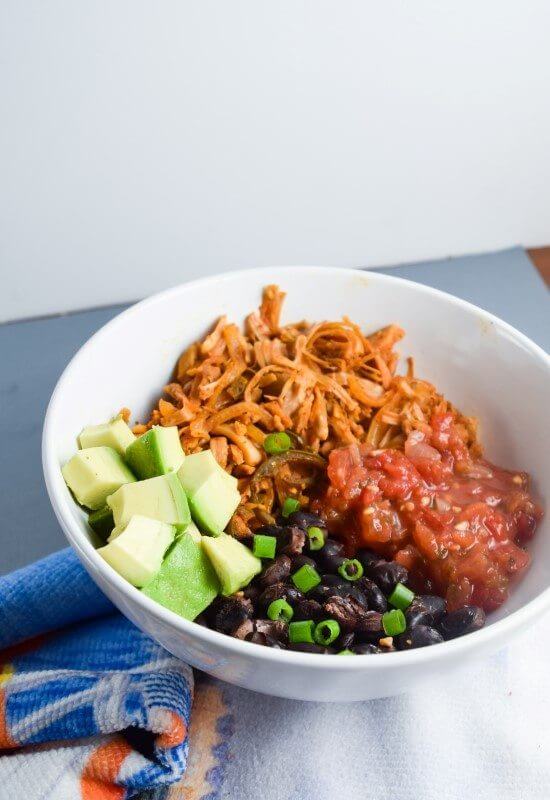 The new-and-improved jackfruit carnitas is prepared on the stovetop, but with a little mise in place, it’s just as easy as the former slow cooker version, and the texture is better: tender, but without being mushy. And only half of the amount of dry spices are needed compared to before, but their flavor is more prominent. Every ingredient in the new recipe is there to add flavor, and that’s one reason I’m so happy about the improvements. Waste not! I love to use the slow cooker, but sometimes you have to look at a recipe and acknowledge that the use of the slow cooker isn’t adding much to the final dish. 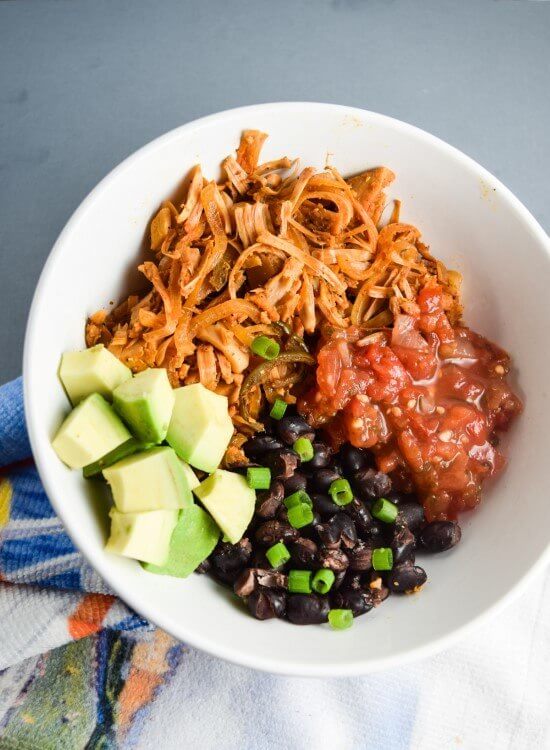 I’m happy as a clam eating my jackfruit carnitas in a bowl with cooked black beans, chopped avocado, pico de gallo, and a sprinkling of fresh green onion, but this also works beautifully in tacos, enchiladas, burritos, rice bowls, etc. For anyone unfamiliar with cooking with jackfruit, I offer one caveat. It’s fairly low in calories, so I recommend including a hearty ingredient paired with it when making a meal – like beans or rice. Otherwise, you may find yourself hungry only a short while after eating it. These jackfruit carnitas are quite flavorful, so I don’t find it’s necessary to do much in the way of seasoning the rice or beans that I pair it with. Just a sprinkle of green onion or cilantro to make everything pop!

Be warned: you may find yourself wanting to make another batch of this spice mix and sprinkle it on everything. 🙂 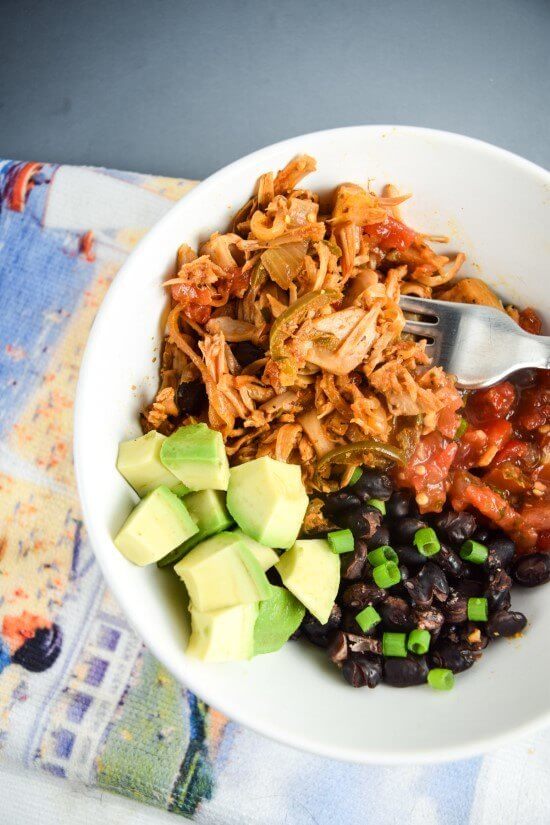 Make sure to get young green jackfruit in water or brine (NOT syrup) for this recipe, and take out the seeds and chop up the larger stemmy pieces before getting started. Canned jackfruit is available at most Asian grocery stores. It is also sold on Amazon and eBay, among other places online… but when bought online it tends to be fairly overpriced and/or require you to buy a large quantity.

P.S. If you’re specifically looking for the original slow cooker version of the recipe, it’s stored for posterity on this page. 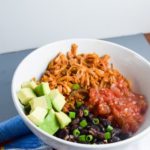 For the jackfruit carnitas spice blend: 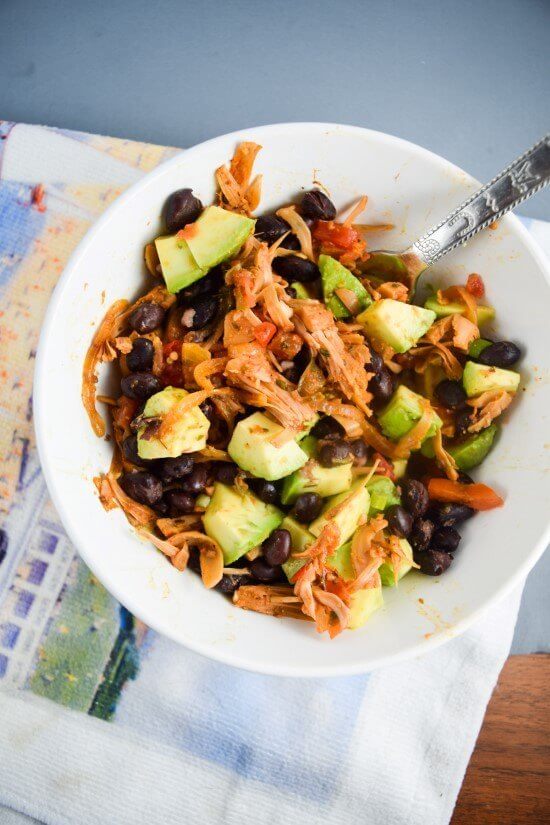