Unfortunately last week the temperature here in Baltimore hit below the 10 degrees Fahrenheit mark (it was 1 degree(s?), if you want to get into specifics), so not too much good produce is available to us at the moment. Tap roots survived the big freeze so I am learning to fall in love with parsnips again and that’s how this parsnip sorghum risotto was born. The jalapeno I used was generously provided by one of the plants on my windowsill! The sorghum was purchased a few months ago from Barry Farm (when I needed a new pack of barley malt powder for the bagels I was making), and is finally making its way into the rotation. 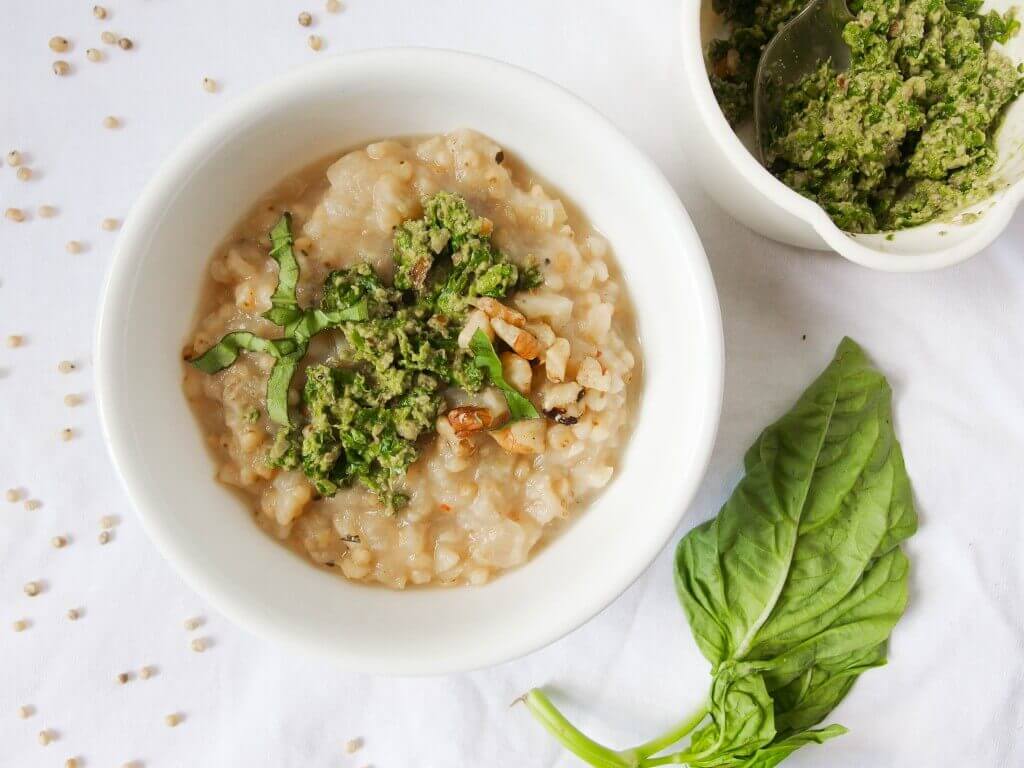 I know sorghum flour crops up in gluten-free baking – but have you ever tried cooking it whole as a grain before? This was my first time and I liked it a lot, but making a sorghum risotto required sage-like amounts of patience, as it took more than 3 hours to cook through the first time. I’ve now learned the lesson to soak sorghum overnight first, or par-cook it before starting the risotto, or even both. Timing aside, sorghum’s got a nutty taste and chewy texture similar to barley (but minus the gluten), and more importantly it’s packed with nutrition.

I’ve got about 1 cup of dried sorghum left so I do welcome your suggestions for other ways to prepare it. My philosophy on grains is that risotto is always delicious if I’m not sure what else to do but I’ve never found a grain before that took so dang long to cook. So next time I’d like to try something a little bit faster!

When it was finally done cooking, the parsnips had imparted a deep sweetness and that’s why I chose a spicy riff on pesto to balance everything out. I think other pesto recipes would be good with this, too, but I’d suggest stirring in an extra splash of lemon juice or cider vinegar to increase the acidity as a counterpoint to the risotto. 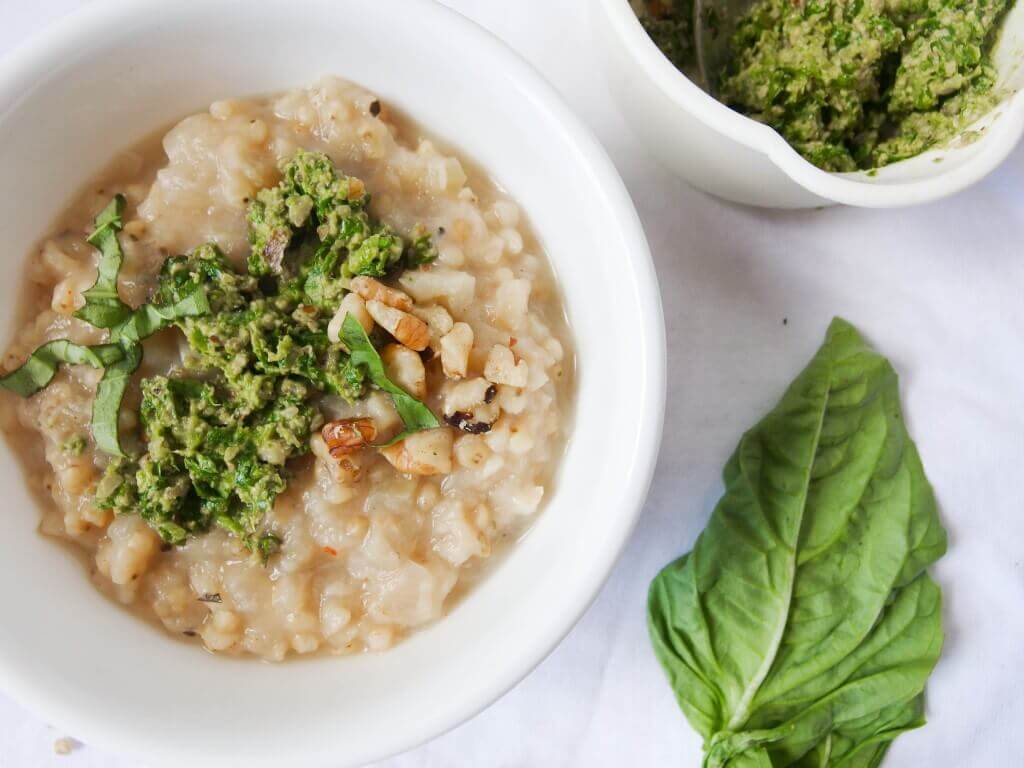 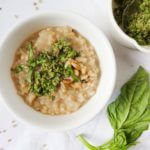 Prep the parsnips and cauliflower: 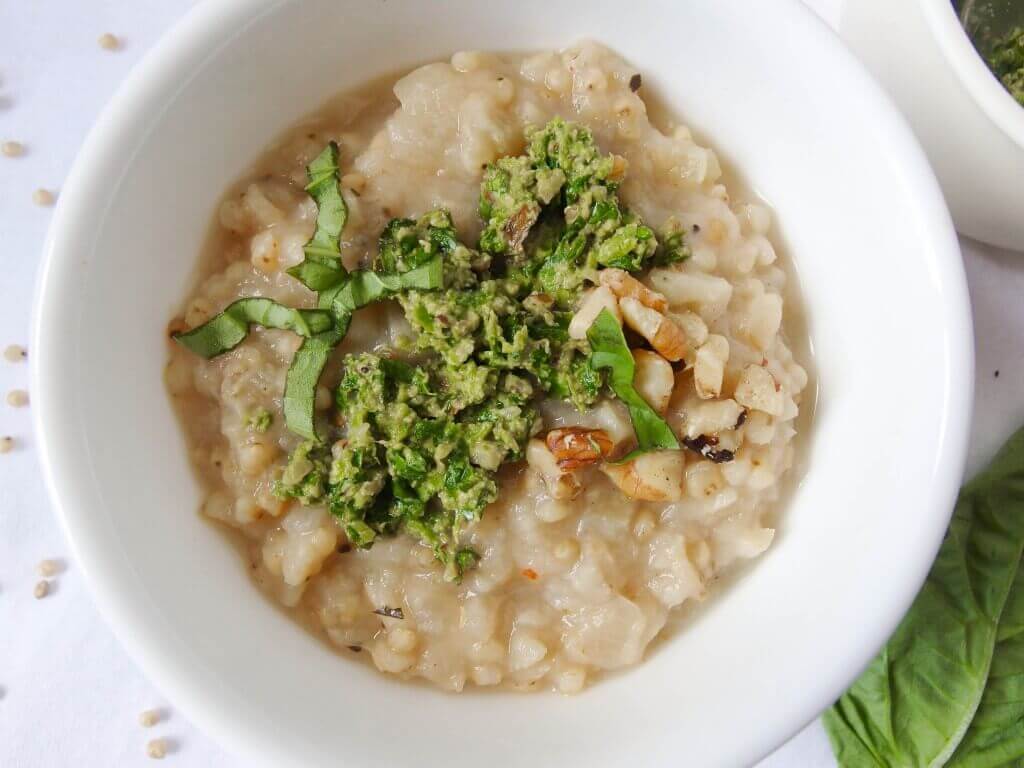 What’s your strategy for getting fruits and veggies into your diet during the winter? Sometimes I think that frozen blueberries are the reason for my sanity!