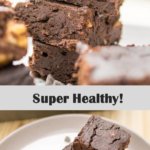 These little vegan sweet potato brownies are a total powerhouse. They contain not one but two vegetables – there’s also zucchini hidden in there. Plus, the brownies are oil-free, whole grain, and naturally sweetened with dates. 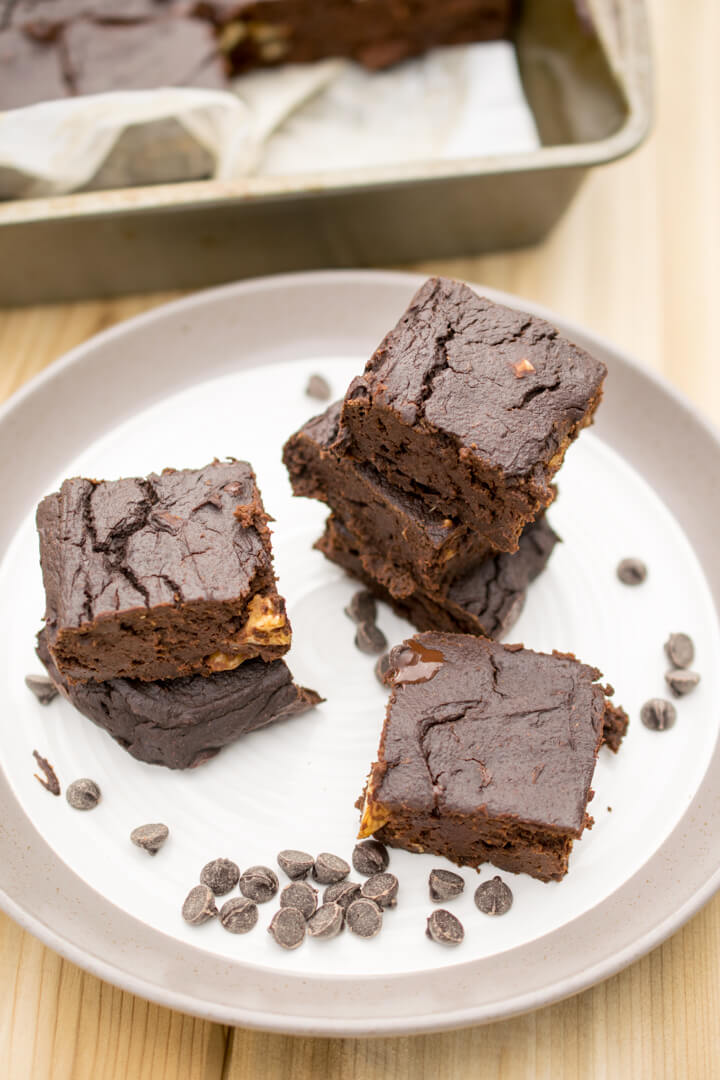 If you think it sounds impossible to make a zucchini sweet potato brownie that’s so nutritious and also tastes good, that makes two of us. Luckily, I didn’t have to imagine anything – I simply followed Marisa Alvarsson’s recipe from her cookbook, Naturally Sweet Vegan Treats.

As the title suggests, this book is all about vegan recipes (mostly – but not completely – baked goods) that are lower in added sugar, or sweetened with whole foods like dates or fruit. My eyes went straight to what Marisa titled “Veggie Patch Brownies”. Sometimes I like to try the weirdest or most ambitious sounding recipe in a cookbook, and that’s how I found myself blending shredded zucchini, sweet potato and dates in my food processor to make these vegan sweet potato brownies. 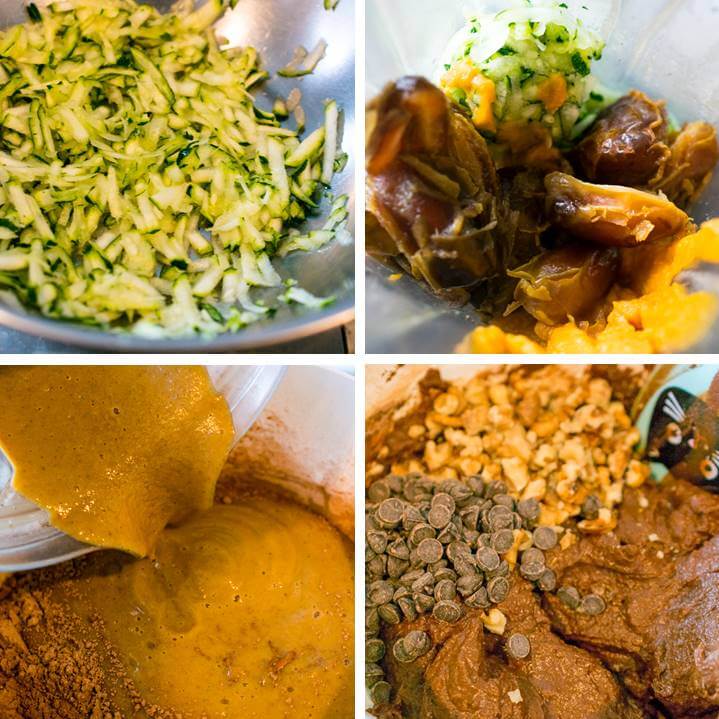 I stirred in some whole wheat flour, just a touch of coconut sugar, and a few other support ingredients. Finally, I folded in some chocolate chips* and waited patiently while the aroma of chocolate wafted through my kitchen.

*I happened to have some stevia-sweetened dark chocolate chips on hand, so I kept with the low-sugar theme and used them. On their own, something tastes vaguely amiss, but in brownies you wouldn’t know.

The result was a chocolatey, cakey-but-moist little sweet potato brownie that tastes surprisingly great! You can’t compare these to an ordinary, white flour and sugar, oil-based brownie – they’re just different things entirely. However, I found that I enjoyed these quite a lot. I was generally satisfied by eating one or two because they nourish in a way that standard brownies don’t.

I think most people would probably be able to taste the sweet potato, but definitely not the zucchini, so next time I might try to sneak in even more! I’m also excited to try more recipes from Naturally Sweet Vegan Treats. The book is full of clever ideas and beautiful photography, and it has that nice type of binding that stays open whilst you cook.

P.S. If you’re interested in this recipe you also might enjoy my magical vegan flourless chocolate cake, which is full of wacky secret ingredients as well! 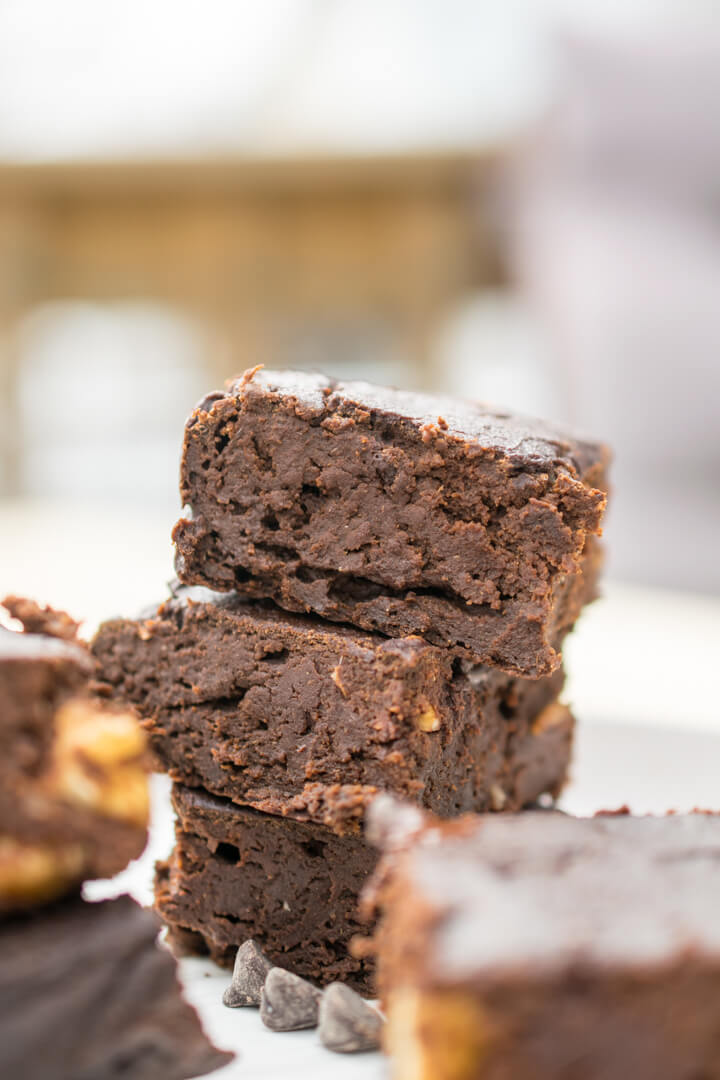 This vegan veggie brownies recipe is oil-free, refined sugar-free, whole grain, and nutrient-rich. The book recommends swapping in all-purpose GF flour to make them gluten-free, but I’m thinking that oat flour could work for whole grain swap. If you try these zucchini sweet potato brownies, let me know in the comments. And if you don’t know Marisa, you can find her on Instagram as @missmarzipancom or Miss Marzipan on the web. 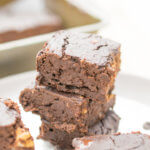 The recipe as you read it here is lightly rewritten in my words and with my changes. I added the wet mixture into the dry instead of the other way around; took a weight measurement for the dates; increased the salt; added qualitative instructions for the baking time; and added storage instructions. NUTRITION FACTS: Nutrition facts omit the optional walnuts and chocolate chips.

Disclosure: I received a complimentary copy of Naturally Sweet Vegan Treats provided by Page Street Publishing. All opinions are my own, as was my choice to publish this.