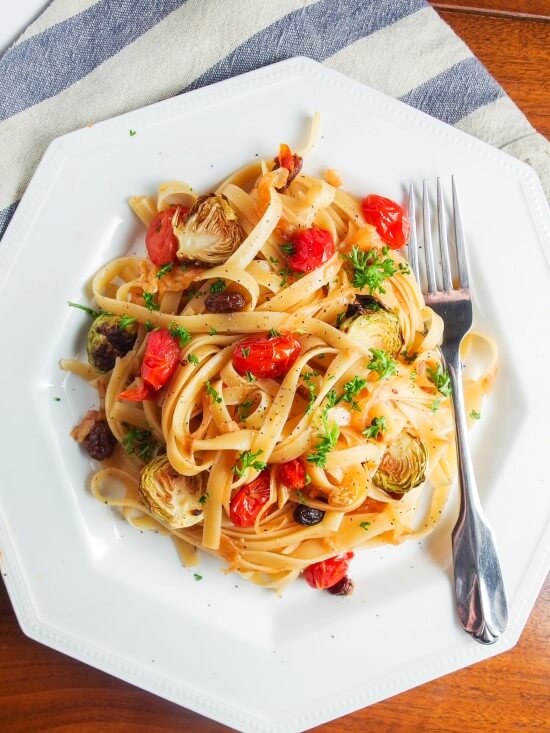 My folks have a backyard smoker at their home in Montana and when I visited them this summer, Dad and I went pretty crazy with it. I made smoked tofu, smoked pinto beans (for refried beans), and smoked dried pasta (for pasta salad). He also made some mushrooms in which I did not partake =P. We enjoyed everything immensely, and he jokingly said at the time that he knew what to get me as a gift this year… so a couple of weeks ago when a GIGANTIC box showed up at my door, I had a pretty good hunch.

Getting a vegetarian a smoker as a gift sounds like a kind of cruel joke, because ha! people totally use it to cook meat. But the truth is that in terms of plant-based cooking, your options are limitless. As someone pointed out to me, there’s not really anything that gets worse when you cook it in the smoker. 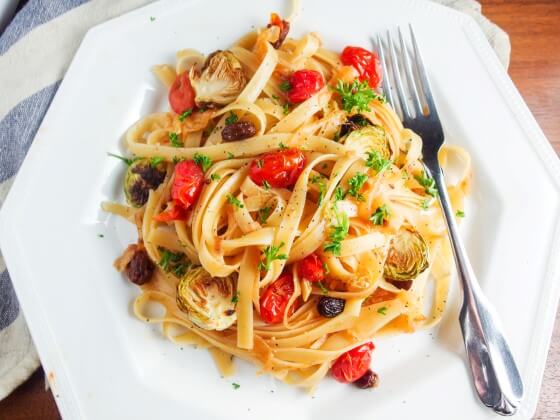 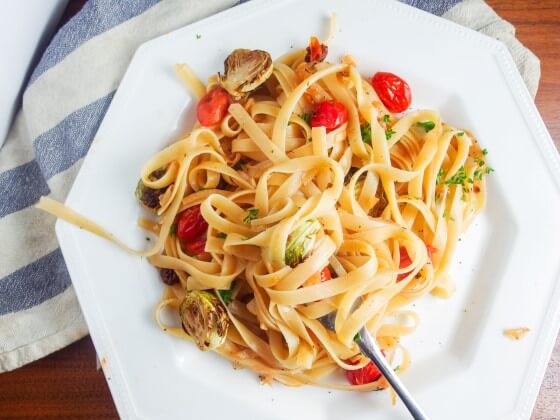 So last weekend, J and I had some friends over and did a full feast of smoked foods. Potatoes; soy curls; zucchini; eggplant; you name it. I did something I don’t normally do, and bought some pretty vastly out-of-season produce items that I normally reserve for the summer months: fresh berries and cherry tomatoes.

When I was tasting the fettuccine, something about it really threw me off. And then I realized: it tastes like bacon. I thought I might just be going crazy, so I had J confirm, and he agreed! It really does. And it actually makes complete sense with the hickory smoke used on the tomatoes. Some of the smoky tomato essence gets cooked into the pan sauce that coats the pasta. Then you have sweet and savory caramelized onions, a hit of extra virgin olive oil, and the tangy pickled raisins to round everything out. And of course, wine. This pasta has all of the good stuff! Whoever said vegan food is boring/vegan food can’t be gourmet?

I know that wood smokers aren’t totally commonplace, so while I did include instructions for smoking the tomatoes, a perfectly good alternative is roasting them in the oven at a high heat and (optionally) adding a dash of liquid smoke to the sauce. I also mixed in some roasted Brussels sprouts with the pasta for extra veggies, which is why you see them in the picture. They’re totally not necessary, though. Either way, this caramelized onion fettuccine is a memorable and delicious pasta dish! 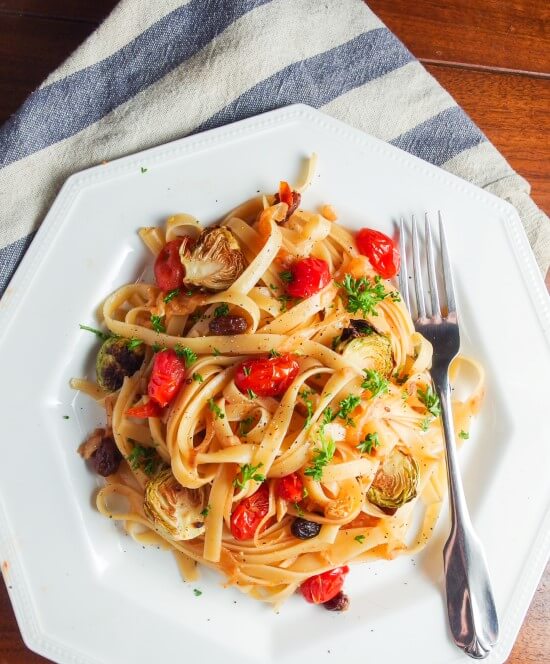 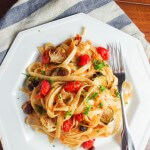 For the smoked or roasted cherry tomatoes:

For the caramelized onions:

For the pickled raisins:

For the caramelized onion fettuccine:

For the cherry tomatoes:

For the caramelized onions:

For the pickled raisins:

For the caramelized onion fettuccine:

Here's how I organized my time to make this pasta come together as quickly and easily as possible (the recipe instructions are also in this order): FIRST: Prep the cherry tomatoes and get them going in the oven or smoker (hands-off).
SECOND: Prep and start the caramelized onions (hands-off once the garlic is stirred in).
THIRD: Prep and start the pickled raisins (hands-off once the mixture is brought to a simmer). All three components are now cooking hands-off and you can check on all of them periodically.
FOURTH: Once the tomatoes and raisins are done, you can set them aside. When the caramelized onions are almost done, you can start the water boiling for the pasta.
FIFTH: As the caramelized onions finish cooking, transition directly into the pan sauce while the pasta cooks, and follow the instructions to finish the dish from there. Another good option is to make the tomatoes and the pickled raisins in advance. The caramelized onions can also be done ahead of time.