Have you tried chickpea pancakes yet? I’ve seen recipes for these floating around (also under the name of ‘chickpea omelettes’) for probably upwards of a year, and I only recently got around to finally trying them. I think I’m hooked! They’re so simple – made of scarcely more than chickpea flour and water. They’re so tasty, nutritious and filling. And, they’re so infinitely customizable! I made mine into loaded Greek chickpea pancakes by adding a cornucopia of my favorite Greek-inspired ingredients. It’s kind of like a stuffed pita, but made totally vegan and without any of the refined carbs! 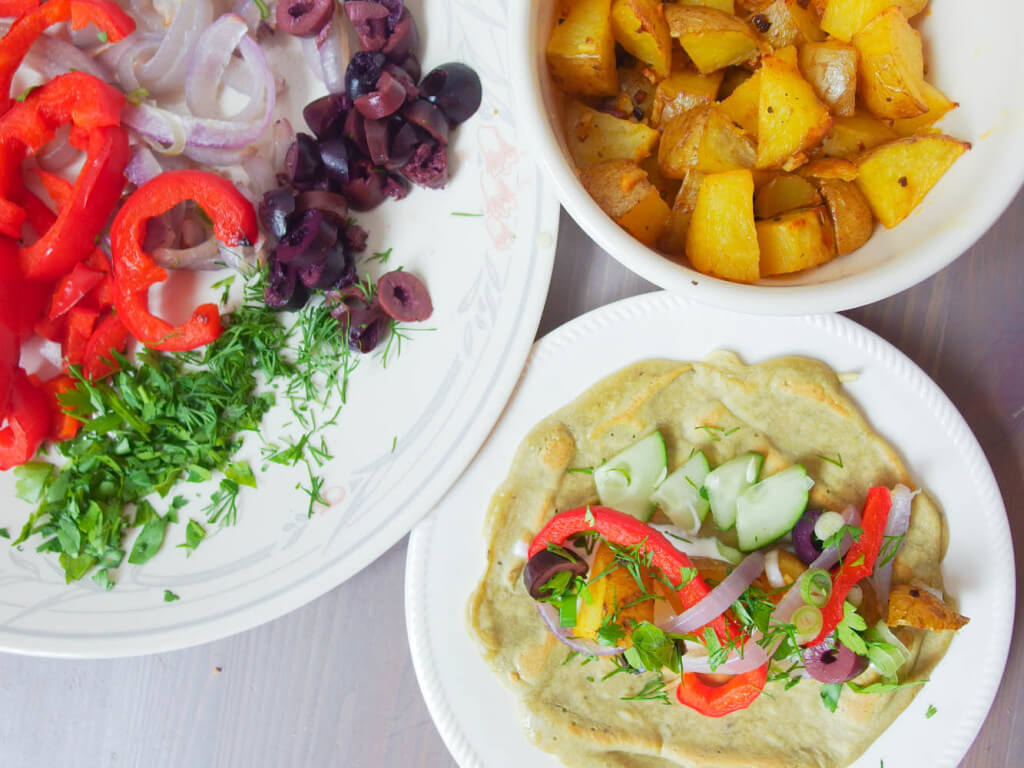 Some claim that these chickpea pancakes taste like eggs, hence the ‘omelette’ moniker. I don’t think I’m on that team. My partner (who does eat eggs) tried these and agreed: these are really, really delicious but we don’t personally get a eggy vibe from them. That said, in terms of being a vessel for assorted tasty things, they can definitely compete with omelettes. I envision making these in the future as a way of using up vegetables in the fridge that have seen better days.  And they are also similar to egg omelettes in that, when added to a hot pan, they seem to magically cook into a cohesive texture.

I have seen this done in a different way, where the mix-ins are added directly to the batter. That’s a great way of doing it too! I just really wanted to fold these up and eat them taco-style, so I kept it separate. 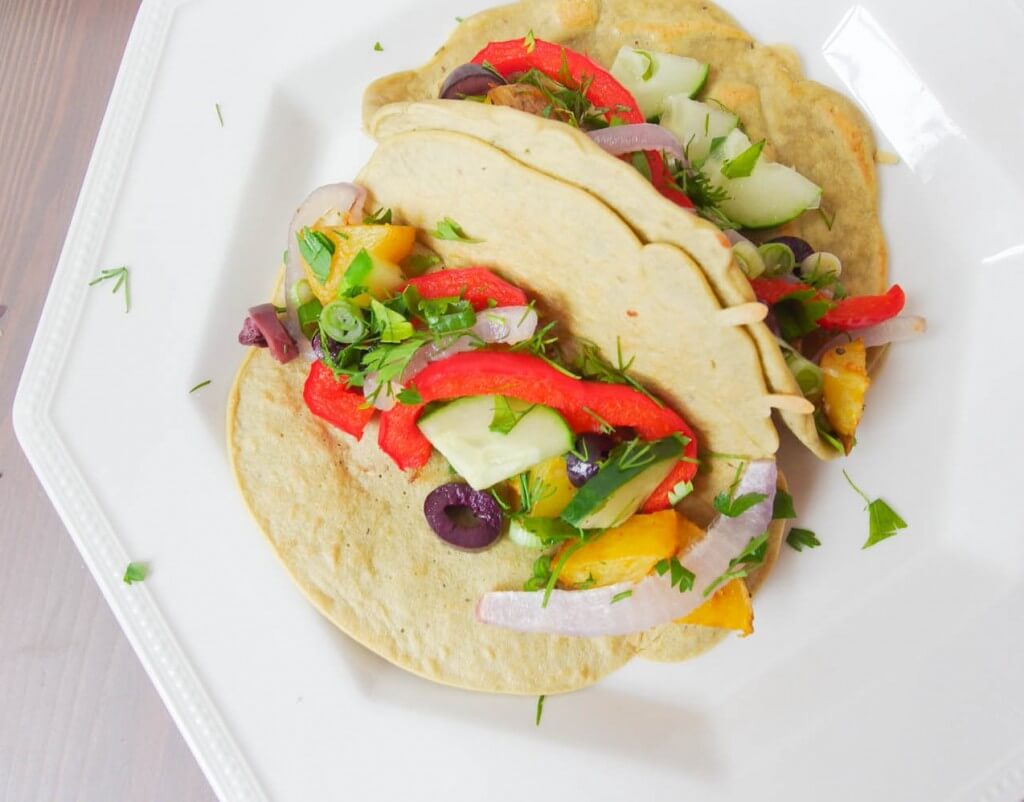 I think these Greek chickpea pancakes do need some kind of sauce – otherwise it might be a little too dry. Some whole grain mustard, ketchup, or your own favorite vegan mayo, sour cream or vegan tzatziki sauce would work really well. I have a vegan tzatziki recipe available along with my tofu gyros recipe if you want to make your own. 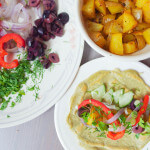 For the lemon garlic roasted potatoes:

For the quick-roasted peppers and onions:

For the chickpea pancakes:

For assembling the pancakes:

For the quick-roasted peppers and onions:

For the chickpea pancakes:

Calculated nutrition facts include the chickpea pancakes and roasted toppings. Other toppings and thus the recipe nutrition are subject to your taste preferences. 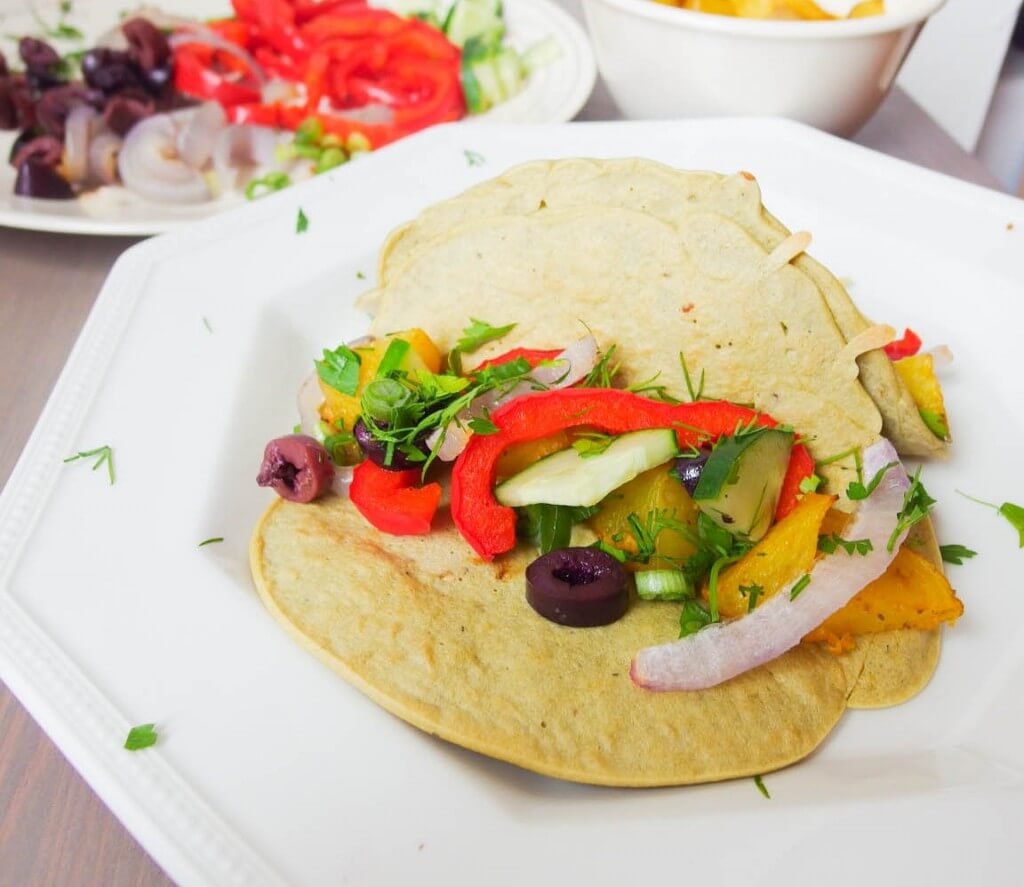