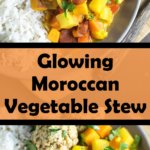 I still can’t get enough of vegetables at the moment and am feeling no need to hide them inside other things. This glowing Moroccan vegetable stew is gently spiced with ginger, turmeric, coriander, and cinnamon, and is a gorgeous way to highlight a spring vegetable medley. 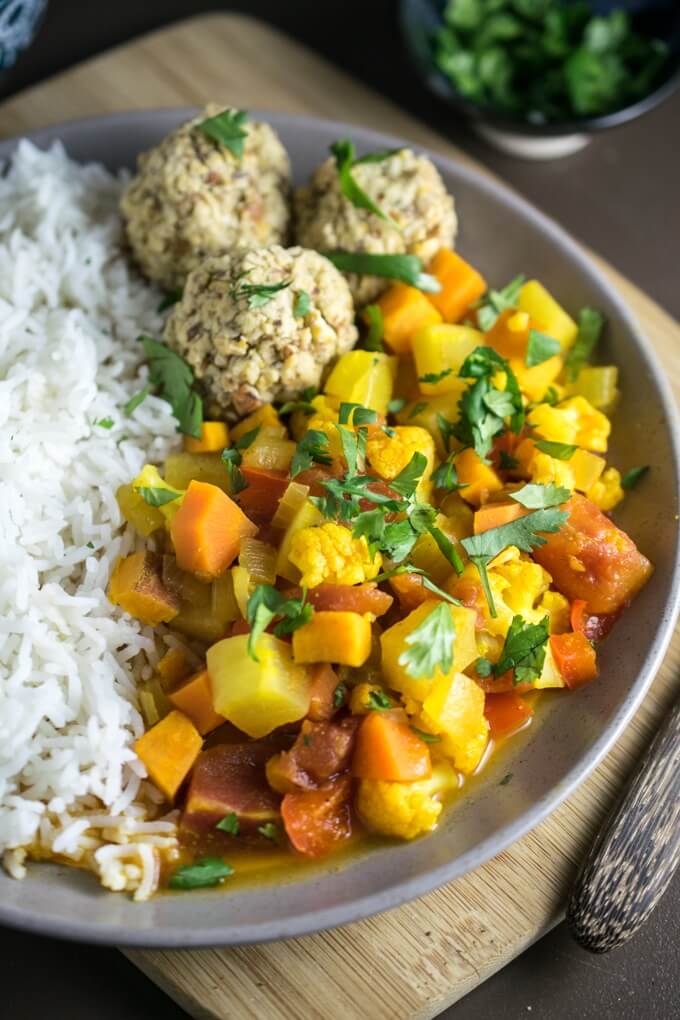 I researched which spices are common in Moroccan cuisine and used a combination of them as the base for this dish. It’s not an authentic recipe by any means, so the Moroccan part is in the inspiration. Buying or borrowing a tagine and experimenting with some more authentic Moroccan cuisine is definitely on the wish list! 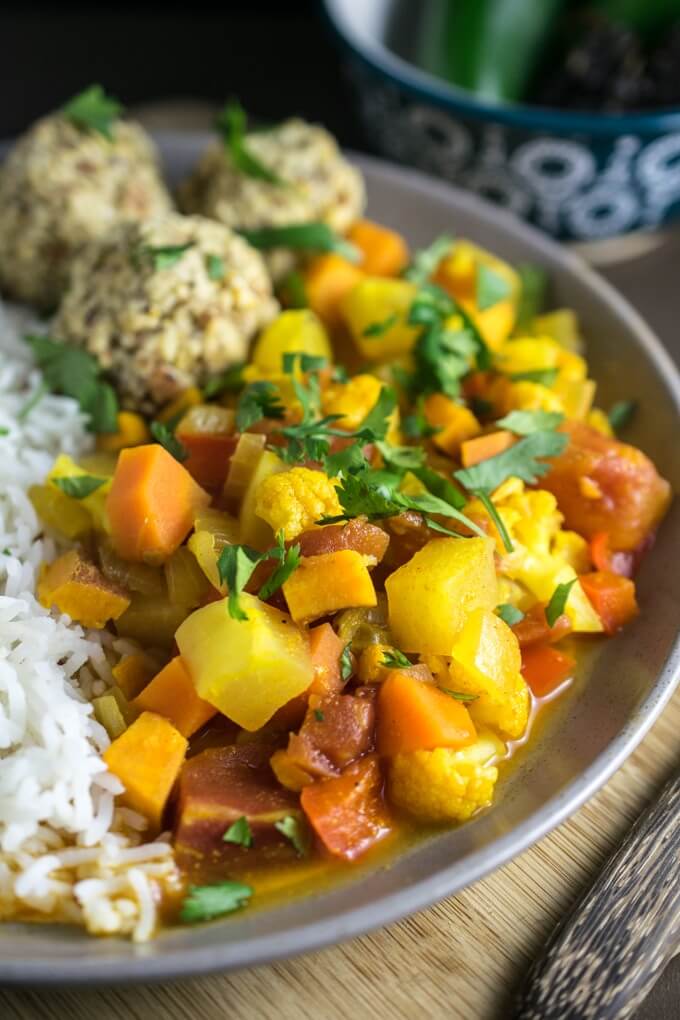 Also, please don’t skip the golden raisins in this dish! Their natural sweetness is complementary to the spices and tangy tomato so I think they are needed for balance. Otherwise, alternatives might include chopped dates or dried apricots. I used golden raisins because I had them in my pantry after making Sicilian cauliflower pizza. 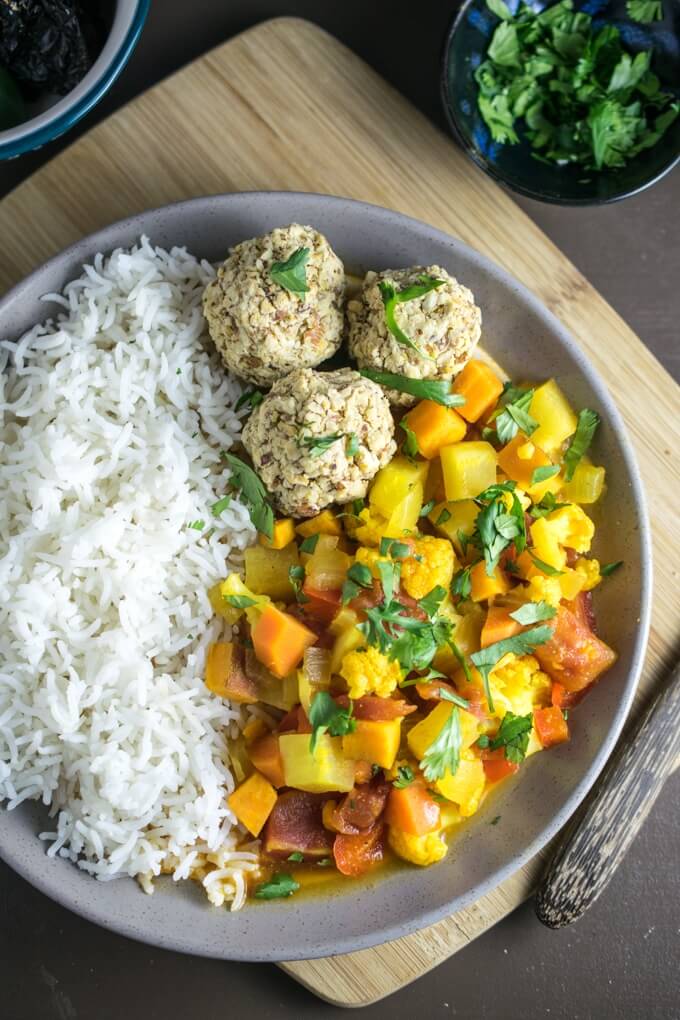 I served this glowing Moroccan vegetable stew with some toasted almond and chickpea balls. They were a little crumbly so I’m opting out from sharing that recipe today. I frequently experiment with various veggie balls, such as exhibit A and exhibit B. But overall, my experiments rarely survive to the publication stage 🙂 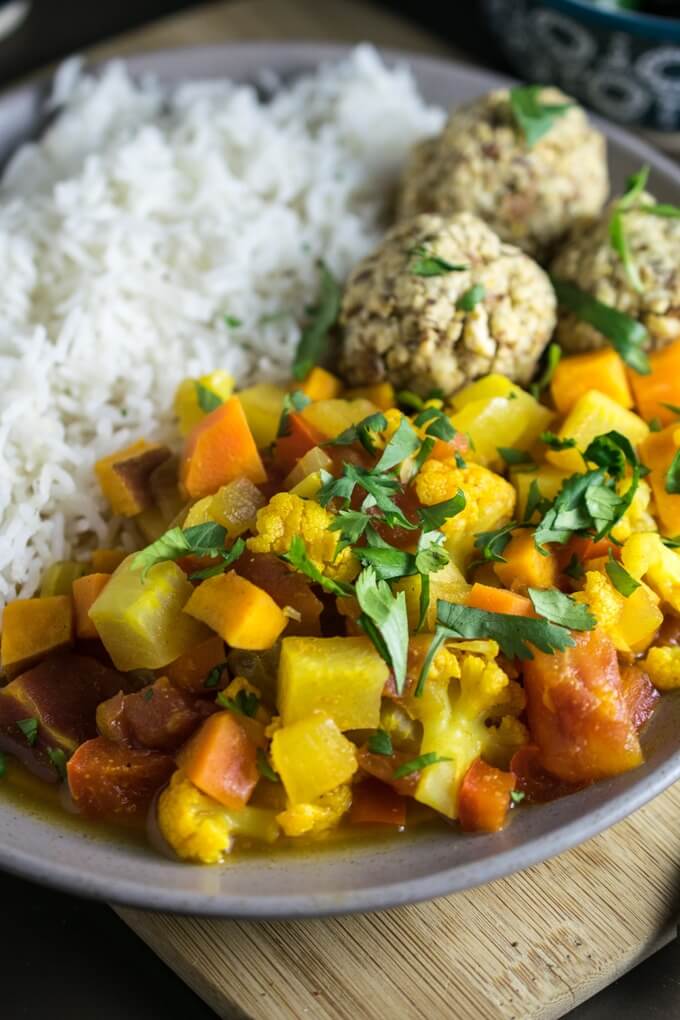 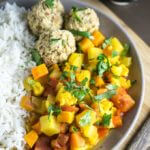 For a more bulked-up version of this glowing Moroccan vegetable stew, stir in cooked chickpeas, cooked white beans or cooked lentils after reducing the boiling mixture to a simmer.

Mix and match with other vegetables such as diced potatoes, rutabaga, celery, etc. Add greens by stirring in chopped kale toward the end of cooking, or stirring in spinach right at the end to wilt it.

Loving these Moroccan flavors? Try my One Pot Moroccan Quinoa with Red Lentils! 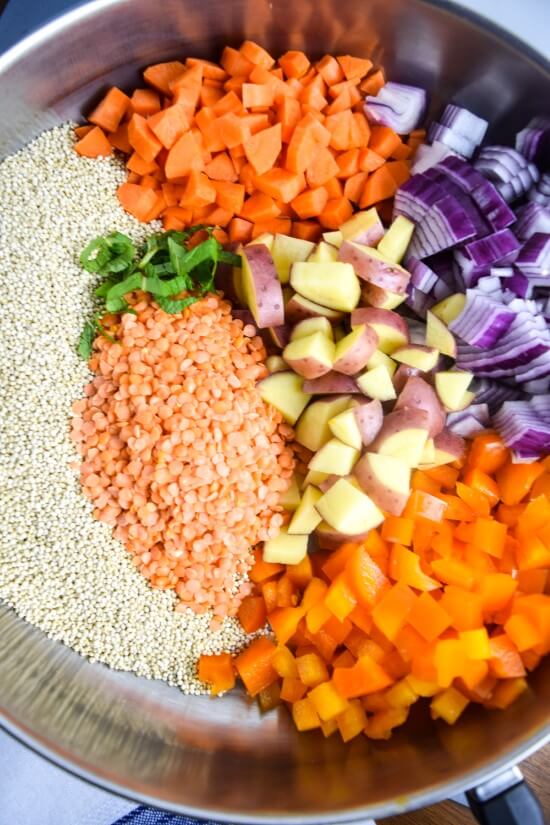