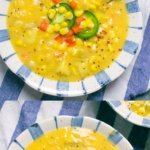 Turn fresh sweet summer corn into a sunny and satisfying soup with this vegan corn chowder! 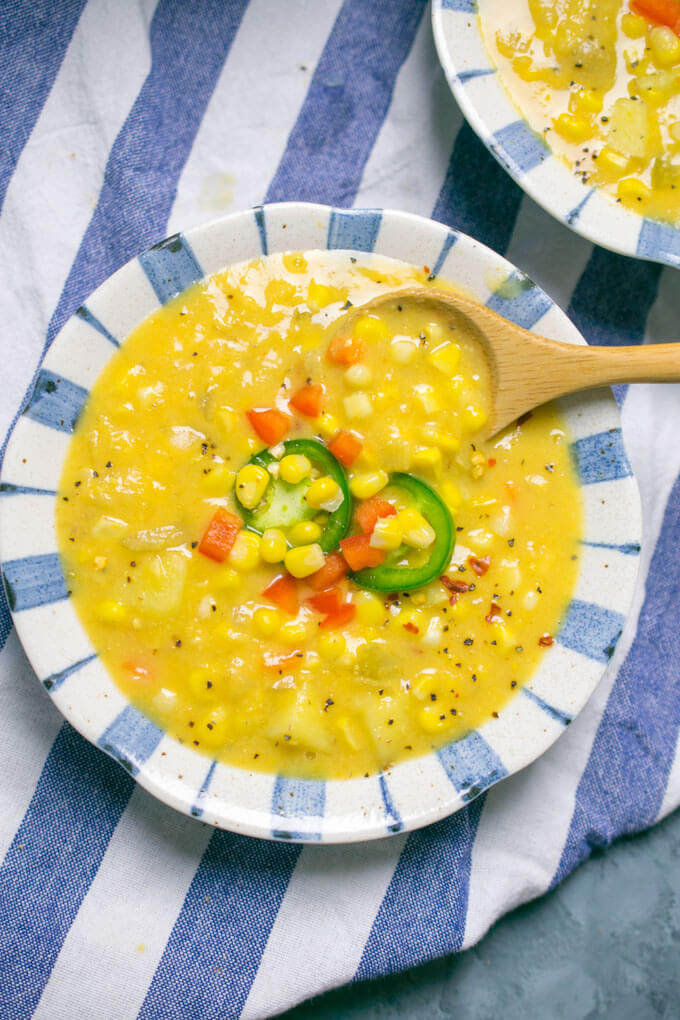 Corn chowder. The latest victim of the vegan coconut milk craze! What if I told you (and showed you) that creamy vegan corn chowder doesn’t need to use or taste like coconut at all? In fact, it can be made with the most basic of ingredients, and is very very close to being a one pot meal…

In making my classic clam-free vegan chowder, I utilized a sneaky blended base of cashews, potatoes, and beans. BUT, it’s almost summer now, and I know we’re all starting to not want to huddle over the stove cooking separate pans and then combining them. 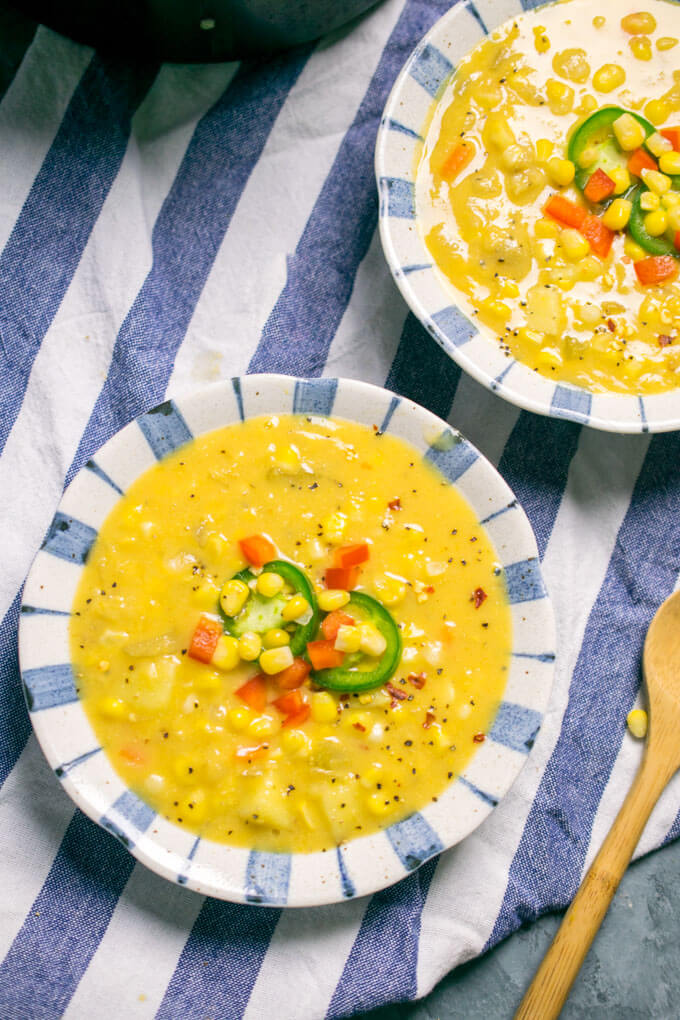 Thankfully, fresh corn has an inherent creaminess and starchiness to it that, when harnessed properly, gives us an equally delicious and satisfying, creamy dairy-free base with a lot less work.

I like my vegan corn chowder a little spicy – it balances out the corn’s sweetness. Just reduce the red pepper flakes if you need to.

Potatoes in corn chowder are a must, and I highly recommend Yukon golds because they help keep your vegan corn chowder a nice bright golden color. You can use red potatoes to equally delicious effect, just note the color may get more muddled.

My one last trick – and it’s an important one – is to simmer the de-kerneled (is that a word?) corn cobs in the soup along with the rest of the ingredients. It’s obviously not meant to be eaten, but infuses your chowder with even more corn flavor, not unlike adding a bay leaf or something else that you’d retrieve and discard later. 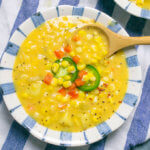 Adapted from my vegan chowder recipe and Love & Lemons.

Looking for more creative corn recipes? I’ve got you covered!