The advent of the vegetable spiralizer has made it possible to swap vegetables for noodles in a variety of dishes. I love my spiralizer (and by the way, it would make a great holiday gift for anyone you know who likes to experiment in the kitchen!) But I’ll always be partial to nature’s noodle: the spaghetti squash. Today it stands in for rice noodles in this vegan spaghetti squash pho. 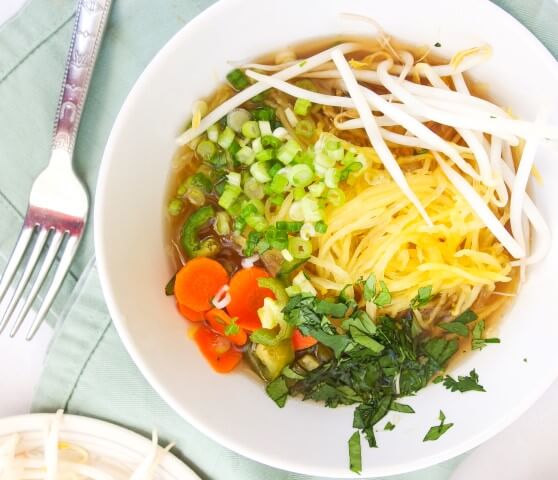 I’ve been wanting to recreate vegan pho ever since trying a version with smoked tofu at a restaurant a couple of months ago. We have a criminal amount of winter squash in our pantry right now, so the spaghetti squash pho idea was a natural one. The other week I was lucky enough to find a whole sack of star anise for $3, so it was finally time for the spaghetti squash pho I dreamt of. Plus, I thought that this recipe would be a much-needed lighter option, post-Thanksgiving. 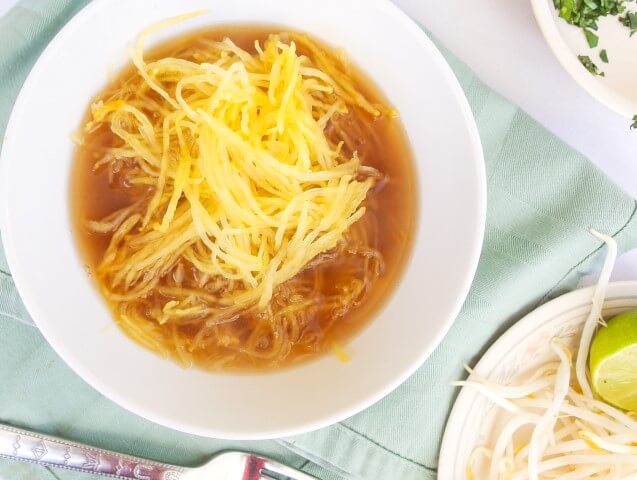 Some obvious changes are needed to make pho vegan: remove the meat; remove the fish sauce. Luckily, a good dose of soy sauce will easily take care of your umami needs. To account for the flavor normally added by the meat, I pan-roasted the whole spices before infusing them into the broth. This step is not normally taken with pho, but I think it adds more depth to the vegetarian broth. I liked it with just the spaghetti squash, but you could also add tofu (like the restaurant did), mushrooms, seitan, or whatever else you fancy.

If you don’t want to make the homemade vegan pho broth, there are several shortcuts. Pacific Foods sells a cartoned vegetarian pho base (it’s mushroom-based). You can also get pre-mixed pho spice packets to avoid buying full containers of whole spices. And of course, this broth is great with real noodles instead of spaghetti squash, if you like. =]

That all said, if you have the time, willingness to get the ingredients, and motivation to follow the steps, I really do recommend the homemade pho broth. I have no words for how good it smells, simmering away on the stove. “This tastes like real pho!”, exclaimed my partner. Please, it is real pho! Plus, you can retrieve the whole spices afterward, dry them, and have yourself the beginnings of an elevated Vietnamese-inspired potpourri. 🙂 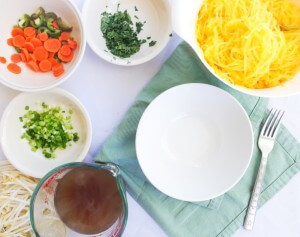 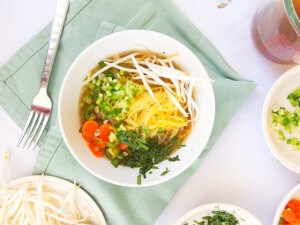 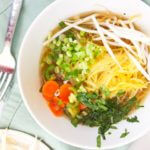 For the homemade vegan pho broth:

For the vegan spaghetti squash pho:

For the vegan pho broth:

For the vegan spaghetti squash pho:

You may taste the broth and think that it's plenty savory, but lacks a little bit of spark. That's why it's served with a fresh squeeze of lime. Mix and match the rest of the toppings as you wish, but don't exclude the lime! Nutrition facts include the broth and spaghetti squash and exclude other toppings. 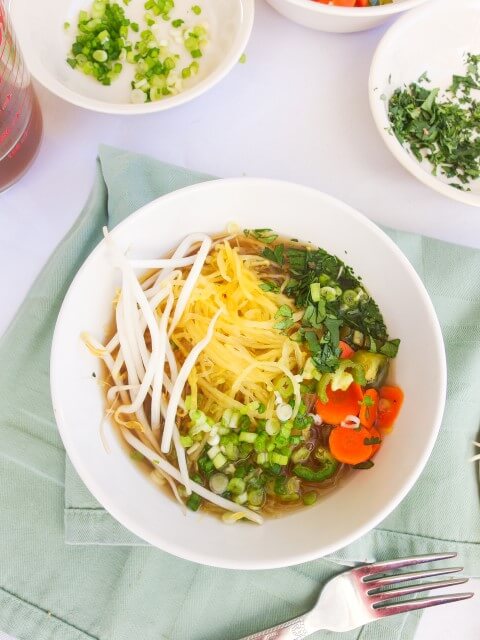 P.S. This recipe was originally inspired by my friend Laura, who blogged at the now-defunct blog the Gluten-Free Treadmill and shared a vegan spaghetti squash pho recipe many moons ago.