When I finally had eggplant, summer squash, and beautiful ripe tomatoes in my kitchen all at once, I knew straight away that ratatouille would be on the menu. I had a loaf of bread ready to go for toasting and dipping. What stew isn’t better with a nice, crusty piece of bread, right? My partner walked in the door while I was chopping up veggies, and immediately suggested that we turn it into vegan garlic bread. Um, yes. I can’t recall an instance in my entire life when I said no to garlic bread. So this ratatouille garlic bread was born! 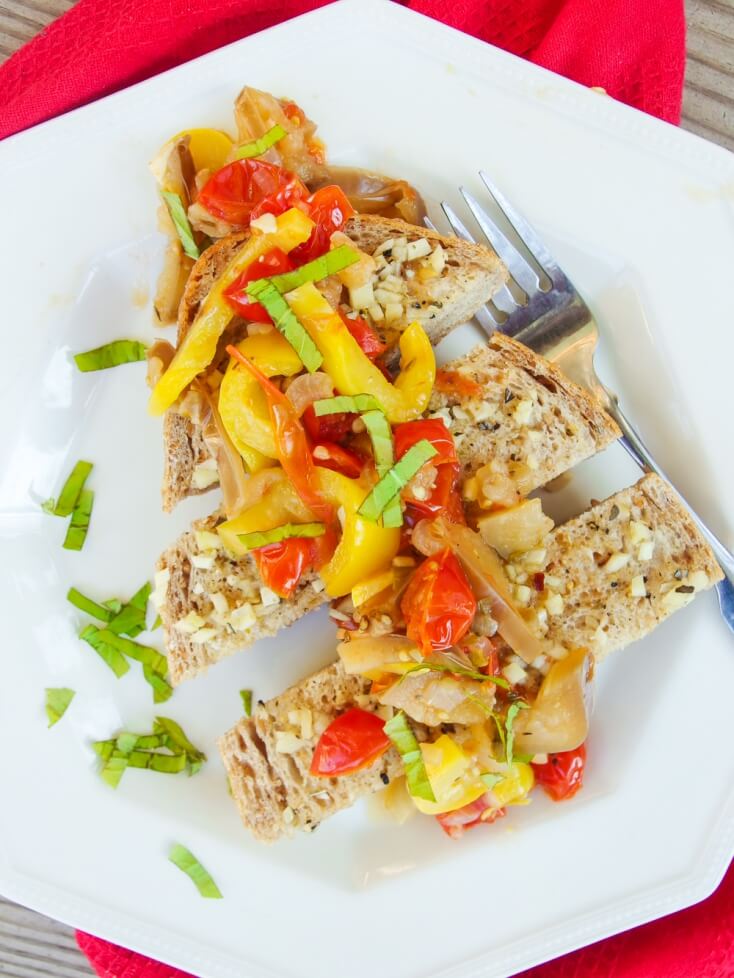 I am just loving all of these easy summer meals. Right now Maryland tomatoes are at their peak deliciousness, so I’m satisfied with recipes that use gentle flavors and let the produce do the talking. Ratatouille is a simple French stew that pairs summer produce with a hint of basil, balsamic vinegar, and… well, that’s pretty much it! As such, for this dish in particular, make sure to choose vegetables that are very fresh. Okay, technically eggplant, squash, and tomato are all fruit. Let’s just call them ‘culinary vegetables’. 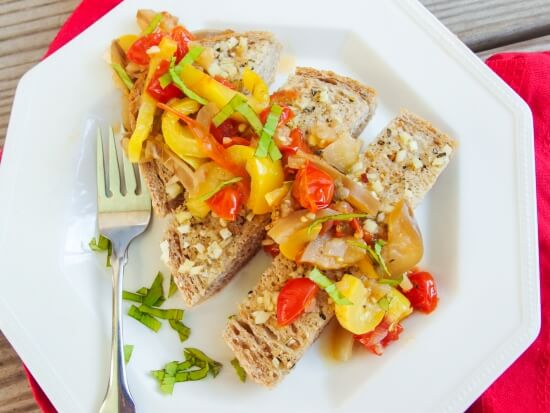 We used a relatively small amount of squash, Japanese eggplant, and added bell pepper (which is sometimes, but not always included). These tweaks were just to accommodate the situation in our fridge and pantry. My opinion is that the amounts are pretty flexible, just make sure there’s plenty of tomato. The juices releasing from the tomatoes turn into the broth, so you don’t want to leave those out. Some ratatouille recipes call for cooking different vegetables separately, and combining them later on. Sometimes you even have to put everything in the oven after first cooking it in the stove. I’m sure that’s delicious, but so is this humble, one-pot, stovetop version. 🙂

As for the ‘ratatouille garlic bread’ part, it wasn’t exactly science. We did the garlic bread in the toaster oven while the ratatouille stewed, and then once the bread was done, spooned the stew over the top. If you want to eat it this way then I’d suggest cutting everything a little smaller than what you see in the pictures. With these shapes, it kind of made a delicious mess. =] This stew would also be good with pasta, rice, etc. 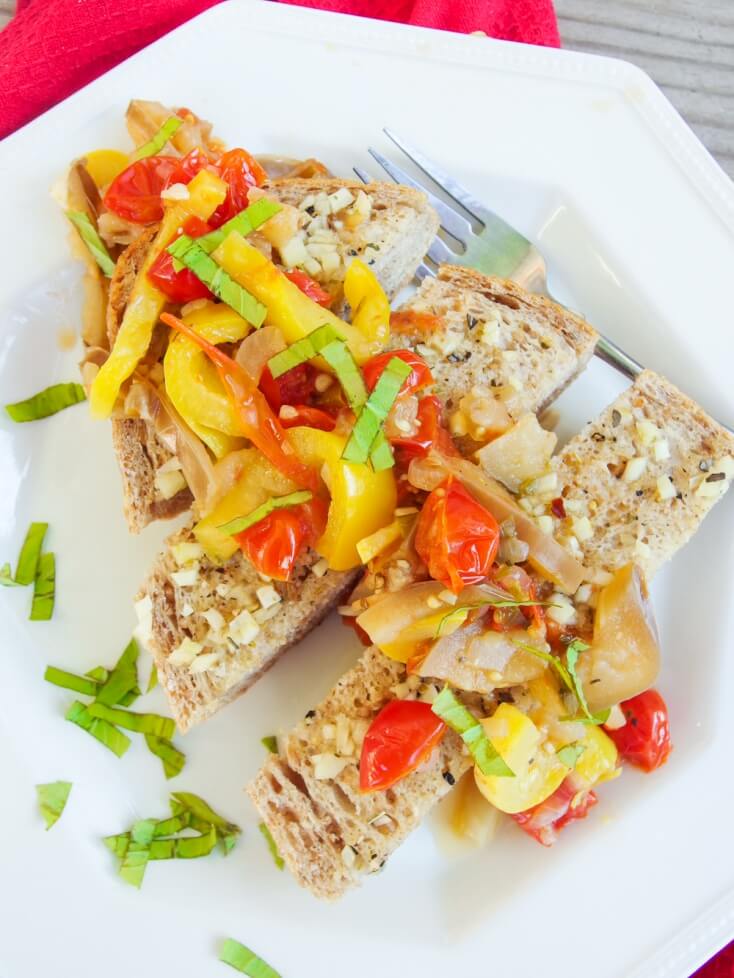 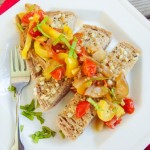 A simple and fresh summer ratatouille stew (naturally vegan and gluten-free), served on top of crispy vegan garlic bread. This dish can be a side or a light main.

For the vegan garlic bread:

For the vegan garlic bread: 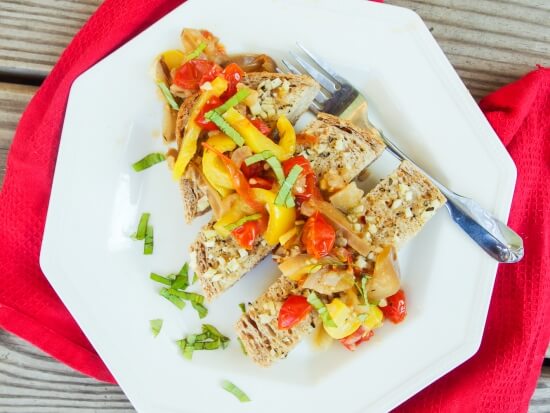