Have you ever had one of those times where you’re just not in the mood for cooking? You know you need to eat something, but you are just NOT feeling it today. So you chop up a few things, throw them in a bowl, and call it good. And then it turns out to be the best thing you’ve made in weeks. Yep. This Vietnamese watermelon salad was one of those times. 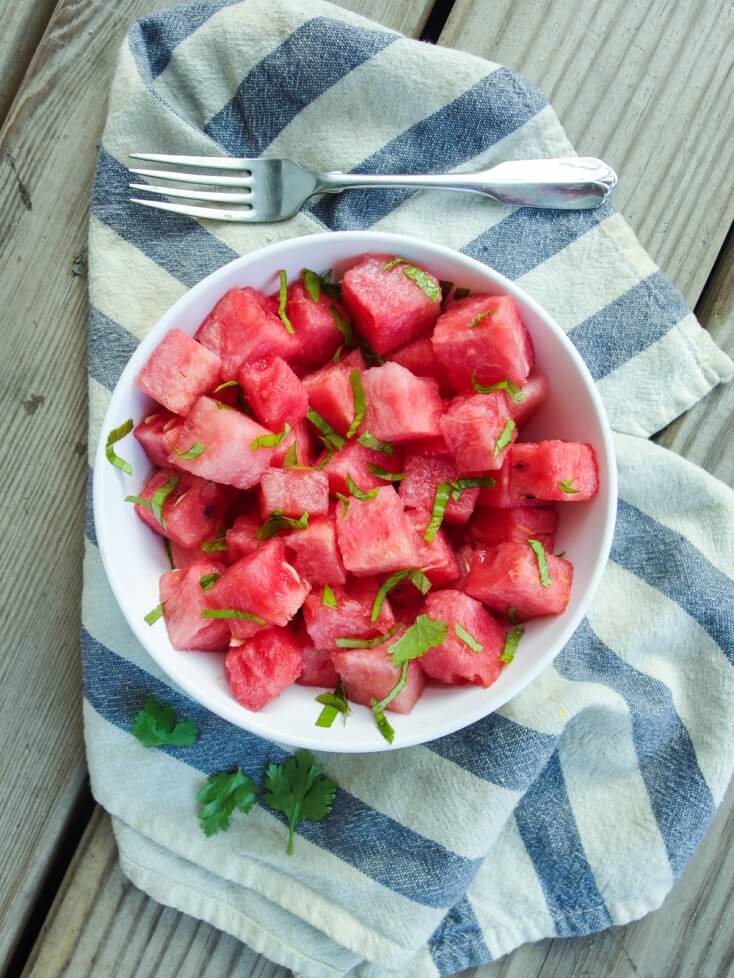 I work a classic 9-5 (6… 7……), and as I’ve mentioned in the past, I bicycle to work. I live definitively uphill from the office, so the ride to work is a breeze, but the ride home is tough. Combine that with it being the hottest part of summer, and when I get home I’m pretty dang tired and ready to plant it on the couch. Turning on the stove to make food certainly doesn’t seem appealing.

Lately the strategy has been to eat a cold snack right away, and then cook dinner a little later. I try to keep cucumbers in the fridge for this purpose. but it’s nice to change it up sometimes. That’s where the watermelon salad comes in. We are enjoying the most gigantic, sweet juicy watermelon from our CSA right now. It definitely weighs more than I weighed at birth and my cat would probably look small sitting next to it. Cut up some watermelon in advance and douse it in this incredibly simple Vietnamese-inspired marinade. Enjoy it right away, or let it get better in the fridge. 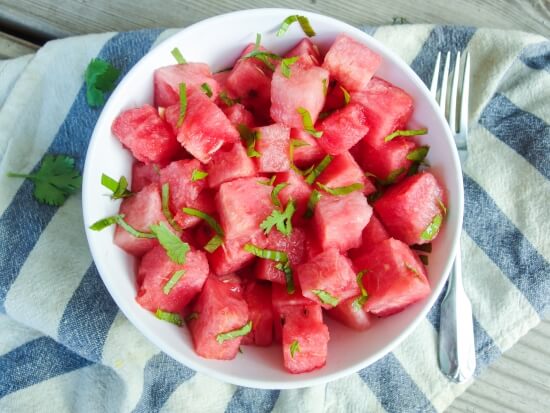 I’ve been lucky enough to see success with the herb garden that I planted when we first moved into this new house, so I was really excited to get to use a few of them in this watermelon salad. Happily, I can verify that even if you don’t have one or all of these herbs on hand, watermelon tastes really good with just the salt & vinegar part. Of course, it’s also good plain. Watermelon is just amazing. But if you’re looking to put a twist on the usual, I highly recommend this salad. Not authentic Vietnamese food… not in the least. 🙂 But it’s inspired by those flavors.

P.S. childhood myth debunked! Watermelon seeds are edible – both the white and black ones. They’re nutritious, too! The main reason I don’t remove them though is, of course, laziness. =] 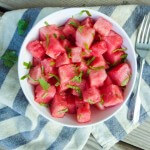 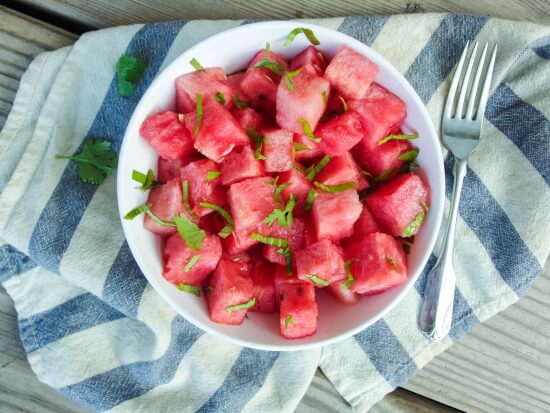