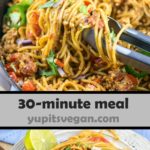 I love one pot pasta dishes more than just about anything. Today I’m bringing you a fusion version! This vegan one pot taco spaghetti tastes like a delicious tempeh taco in pasta form. 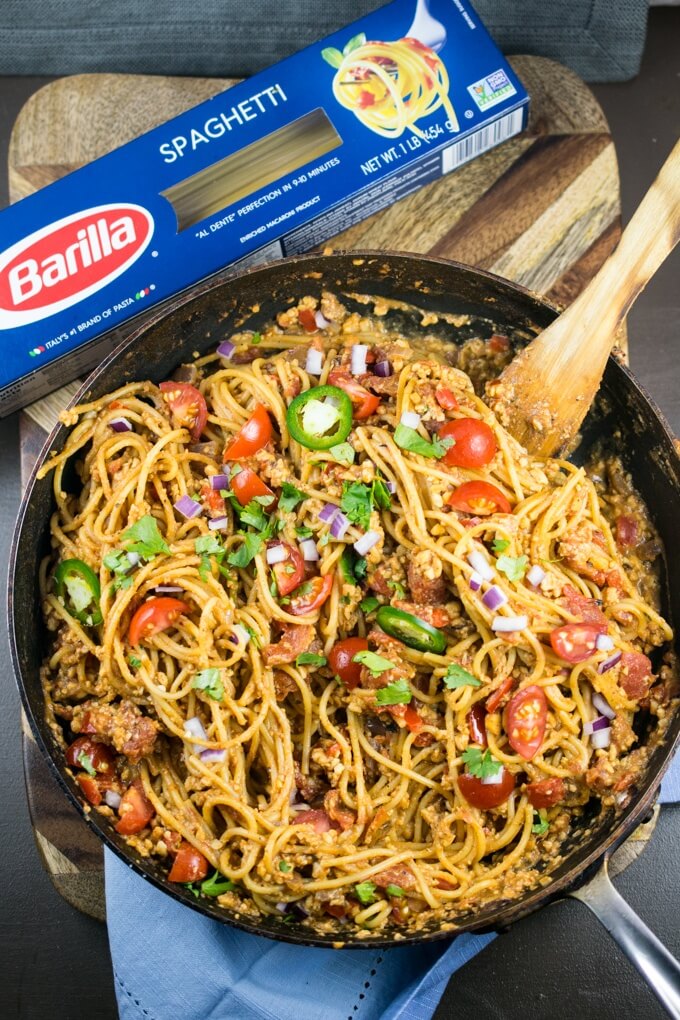 One box of spaghetti can make two batches of this taco pasta, so you’ll be stocked up for two weekday dinners!While it is an Italian favorite, I love to use pasta as a base for recipes that borrow flavors from all sorts of cuisines. In this recipe, spaghetti is the blank canvas for the spicy taco-inspired flavors that I’ve added. It cooks to a perfect al dente texture that pairs well with the tempeh crumbles, tomatoes and peppers. 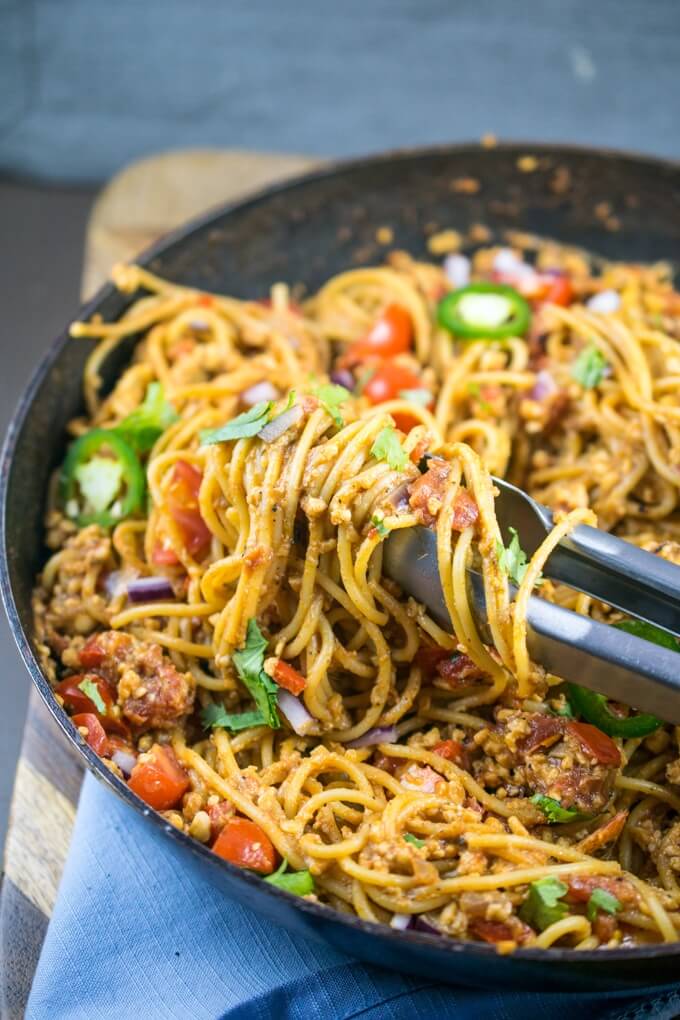 I know there is already a one pot taco spaghetti going around the web – this is my vegan version. Because tempeh is not as naturally rich as the ground meat in the “original” version, I made sure to brown it in plenty of olive oil. I also added a splash of non-dairy milk to the pasta sauce, to give it a slight creaminess to make up for the lack of cheese.

I think you’ll find that between the wonderfully aromatic spice blend, veggies, fire-roasted tomatoes, and soy sauce (used for additional umami), you won’t miss the meat or dairy in this vegan taco pasta! 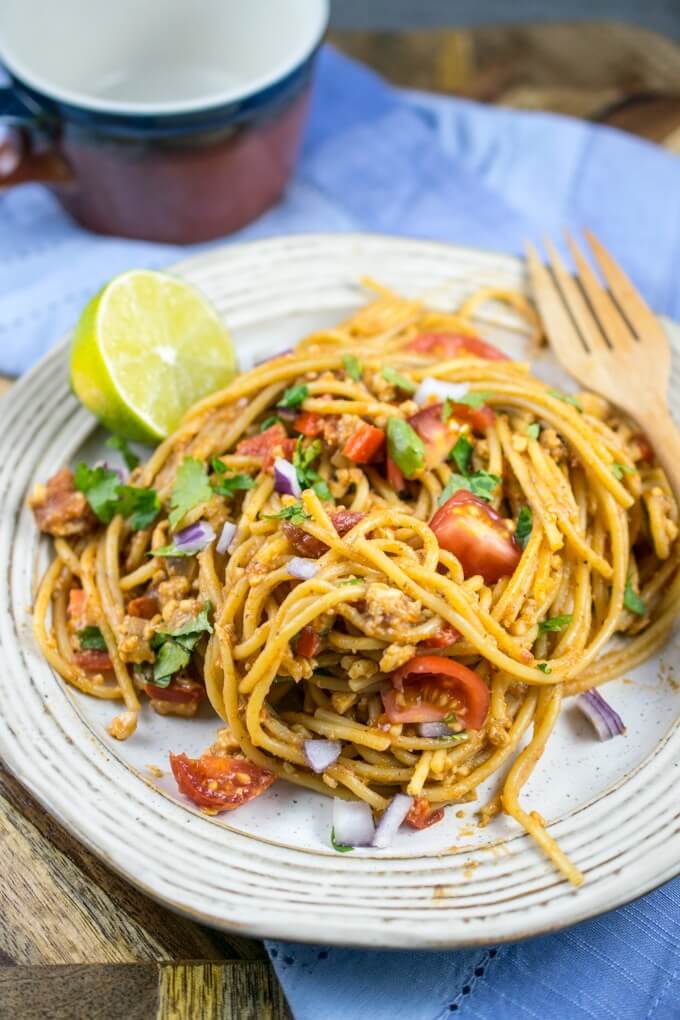 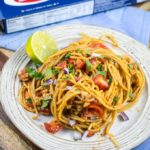 For the taco seasoning:

For the one pot taco spaghetti:

Recipe adapted from Damn Delicious and AllRecipes. Don’t forget to check out my whole collection of vegan one pot recipes!