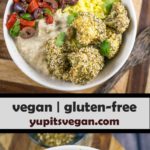 After picking up a bottle of za’atar for my Lebanese green split pea soup the other week, I’ve been finding more ways to use it. These za’atar crusted cauliflower bowls represent the favorite of my efforts. Cauliflower is lightly battered, dipped in a mixture of za’atar and hemp or sunflower seeds, and roasted to perfection. I’ve then served it in satisfying veggie bowls with red pepper olive relish, baba ghanoush, and saffron rice. 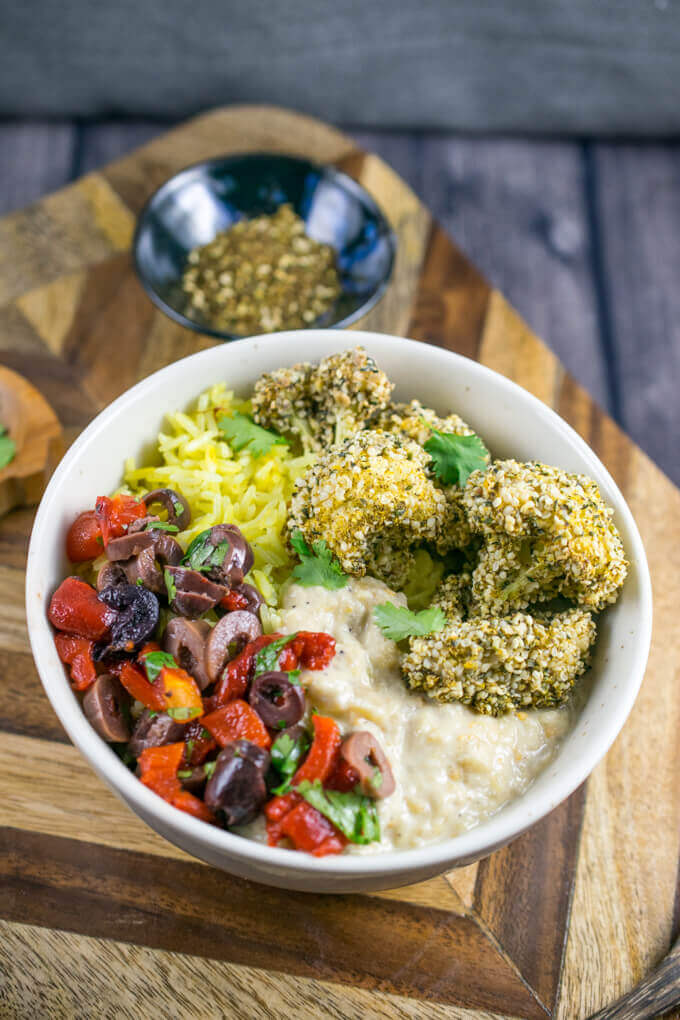 Don’t worry, the saffron is totally optional! I know that stuff is crazy expensive. If you were a reader of my blog about 5 years ago, you may remember my story about my former roommate accidentally dumping saffron into a recipe, thinking it was oregano. I actually STILL have that exact same bottle of saffron, even after SaffronGate. So I used it to make the golden yellow rice for these za’atar cauliflower bowls, but you can also use a pinch of turmeric for color – or just make regular rice however you like it.

And yes, I am sharing ANOTHER recipe served in a bowl. I’m such a broken record right now, but honestly I have no regrets. This is simply the best thing I’ve eaten in weeks and you really needed the recipe. 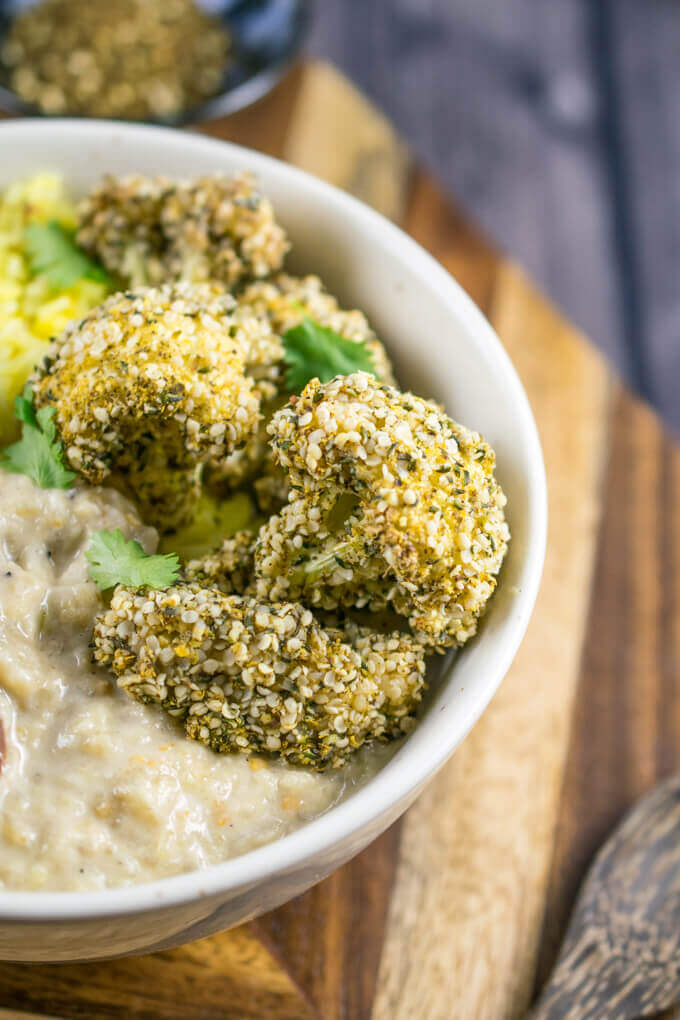 The trick to getting that amazing hemp seed and za’atar crust on the cauliflower is to first dip the cauliflower in a slightly thickened non-dairy milk mixture. I used chickpea flour, but other flours will work. After shaking off the excess, you have just a slightly clingy coating on the florets that will take to the za’atar mixture like peanut butter to jelly.

I would not describe the final texture of the za’atar and seed crusted cauliflower after baking, as “crispy”. Similar to my sticky sesame cauliflower wings, the coating has a bite to it but is also tender in a way. The really cool thing we realized about this recipe halfway through eating it is that the entire thing is oil-free, although I admittedly wasn’t trying for that specifically. The baba ghanoush (grilled eggplant dip, often served alongside hummus as a mezze) that I usually buy is made with tahini only – no added oil. So you will need to use an oil-free hummus or baba ghanoush if you avoid oils. 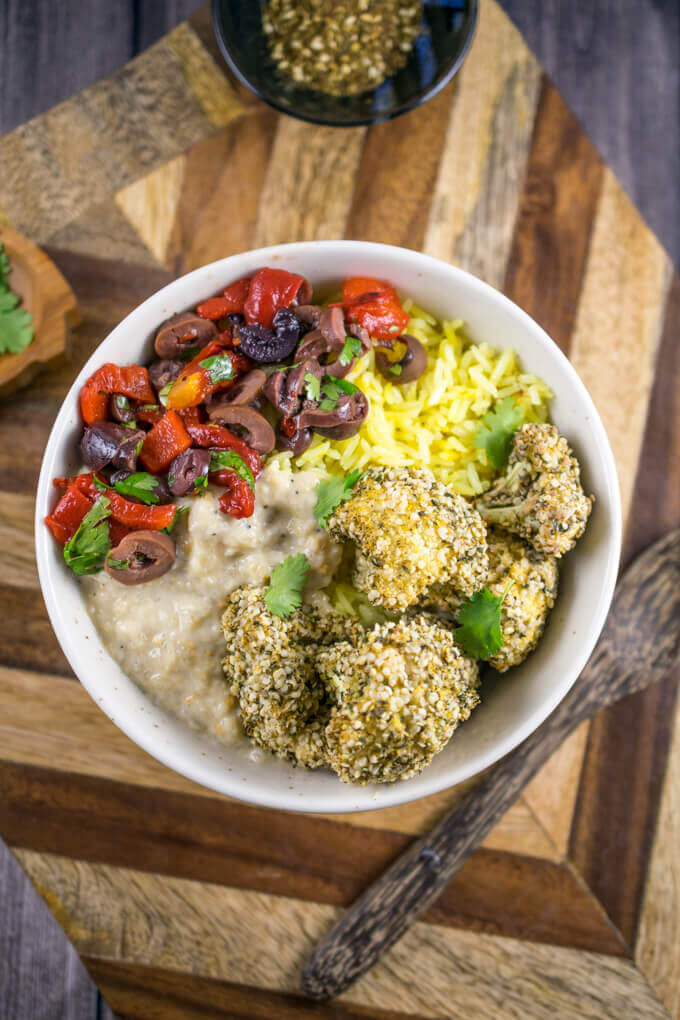 Originally I was going to make a cheery pomegranate salsa, but after not finding any fresh pomegranate at the second grocery store I tried, I called an audible and got some juicy kalamata olives. With a jar of roasted red peppers still in my fridge from making roasted pepper chickpea pasta, and some cilantro leftover from another cool recipe I’ll be sharing soon, this relish was meant to be. It’s as simple as chopping a few things and stirring them together, and can easily be done while the cauliflower and rice are cooking.

I hope you enjoy these nourishing vegan za’atar bowls, which are also naturally gluten-free, grain-free without the rice, no sugar added, and soy-free. They can truly be enjoyed by almost everyone! The leftovers are definitely getting us through our involuntary adult snow day and I hope that they make your week better too. 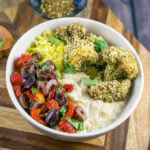 For the Mediterranean saffron rice:

For the hemp za'atar crusted cauliflower:

For the roasted red pepper and kalamata olive relish:

For the Mediterranean saffron rice:

For the za'atar crusted cauliflower:

For the roasted red pepper and kalamata olive relish:

For the za'atar crusted cauliflower bowls:

SAFFRON: Saffron can be pricey; I get it. Substitute 1/3 tsp ground turmeric (for color only), or just leave it out for a delicious non-yellow rice. OLIVES: It has come to my attention that some people do not like olives. If you can get your hands on fresh pomegranate arils, mixing those with cilantro, salt and pepper, and the roasted red peppers would make a great alternative chutney. You can also simply omit the olives and increase the peppers or use another vegetable of your choosing, such as fresh tomato. Just be sure to add some salt that will be lost from removing the olives. GRAIN-FREE: Serve with quinoa instead of rice if you eat pseudograins; or a veggie-based rice (normally I'd recommend cauliflower rice but that seems a little redundant here) or bed of sauteed greens.

Looking for a homemade hummus to serve with these za’atar cauliflower bowls? Here are a few suggestions from the site: 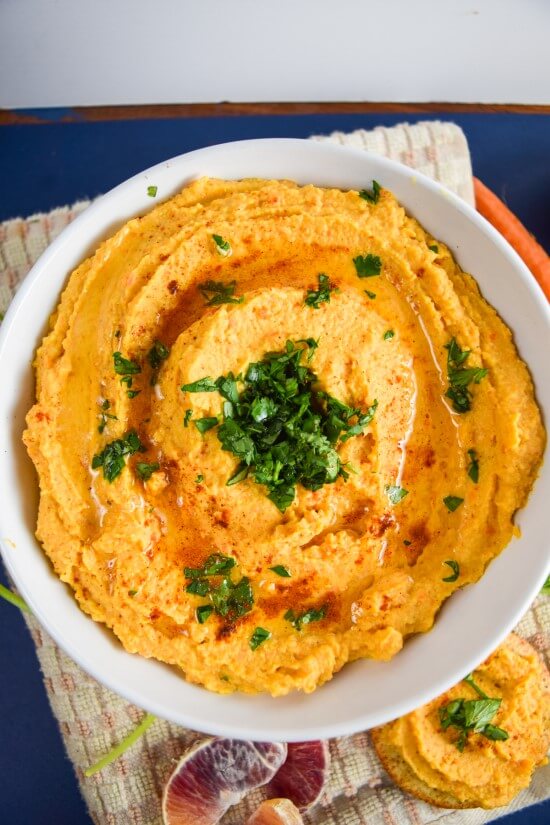 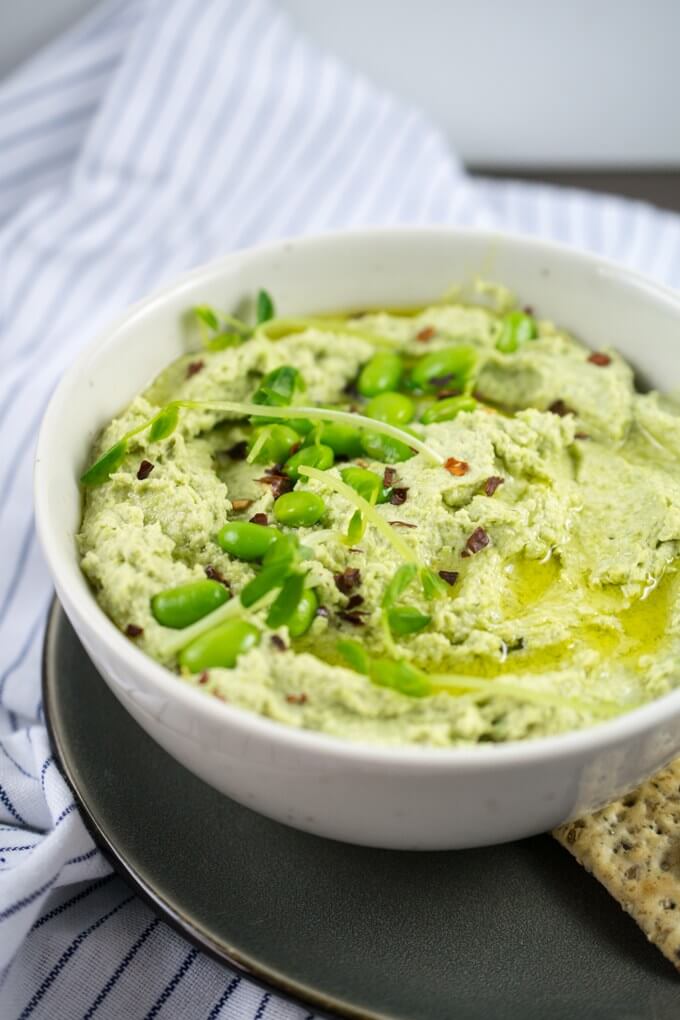 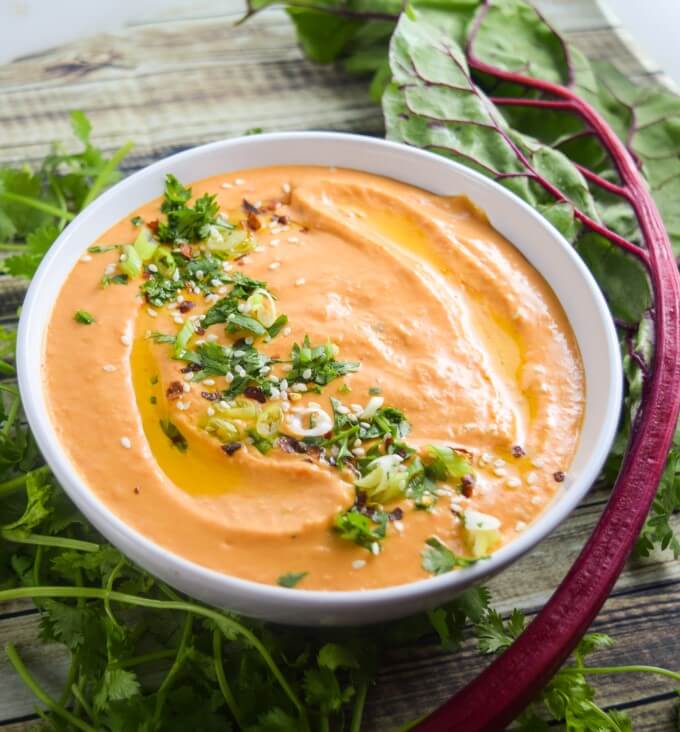