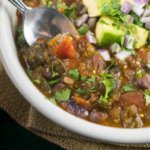 Cozy up to a bowl of black bean tomatillo chili this spring! Made with char roasted poblano peppers, tomatillos, and spices, this stew is full of flavor without needing to simmer for hours. 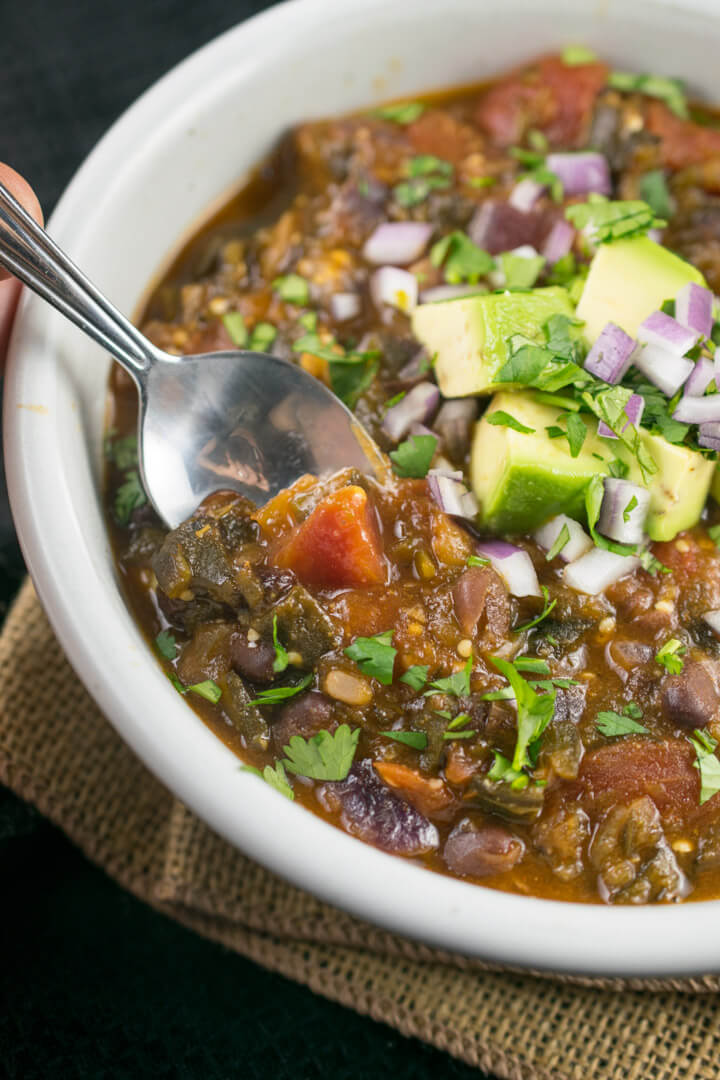 This recipe was inspired by a bowl of tomatillo black bean chili I had at a cafe in Whitefish, Montana last summer. Even eaten on a 95-degree day, it was good enough to remember. I had nothing to go off of except for the name, so I invented a completely new recipe using poblano peppers I grew in my garden. I don’t think it resembles the original; it’s even better!

And no, it’s not pretty, but anything can be beautiful with a nice avocado and red onion garnish 🙂

Where to find the ingredients for this tomatillo chili

Tomatillo may sound like an unusual ingredient to track down, and I used to only get them in my CSA farm share. However, in recent years, I’ve noticed them at grocery stores, and they’re fairly inexpensive too. I found the ones for this recipe at Whole Foods and it cost less than 2 bucks for the amount I needed. 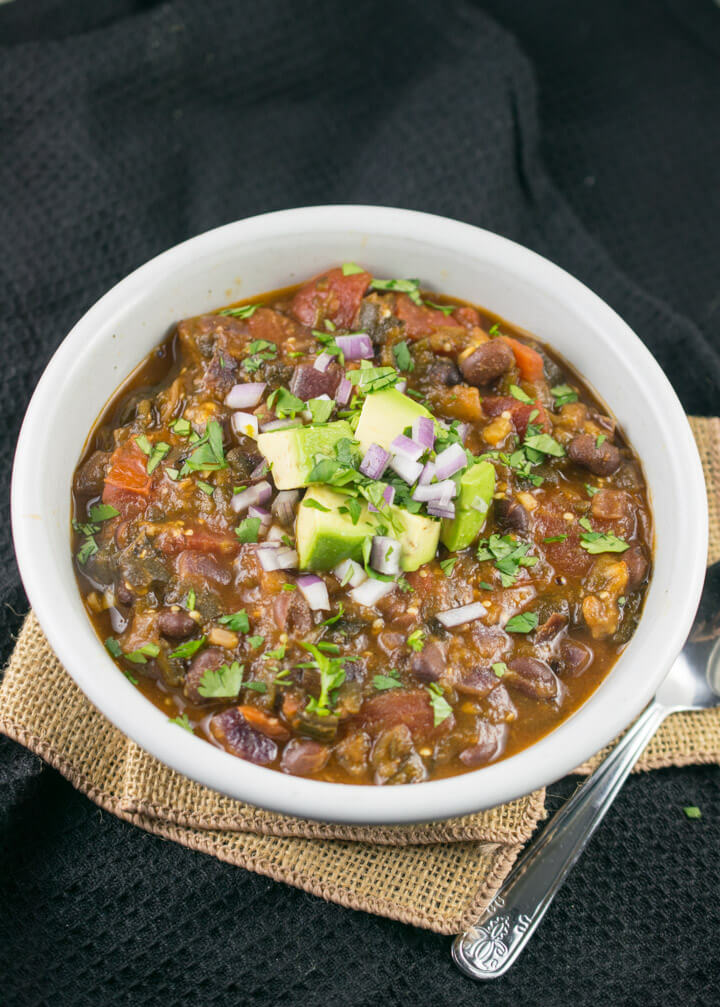 Everything else in this vegetarian stew should be pretty easy to find, but if you have trouble sourcing poblano peppers you can try using another type of mild green pepper, adjusting the amount to taste. If you use something like jalapeno be careful about the heat level before adding all of it to the dish.

How to use tomatillo in chili

If you’ve cooked with tomatillos before there’s a good chance you used them in salsa. But tomatillo is also amazing in chili.

I’ve seen a few recipes that have you chop up the tomatillos and cook them in the pot with the other chili ingredients. In my opinion your results will be better if you cook them separately first, and then throw them in the pot to simmer. 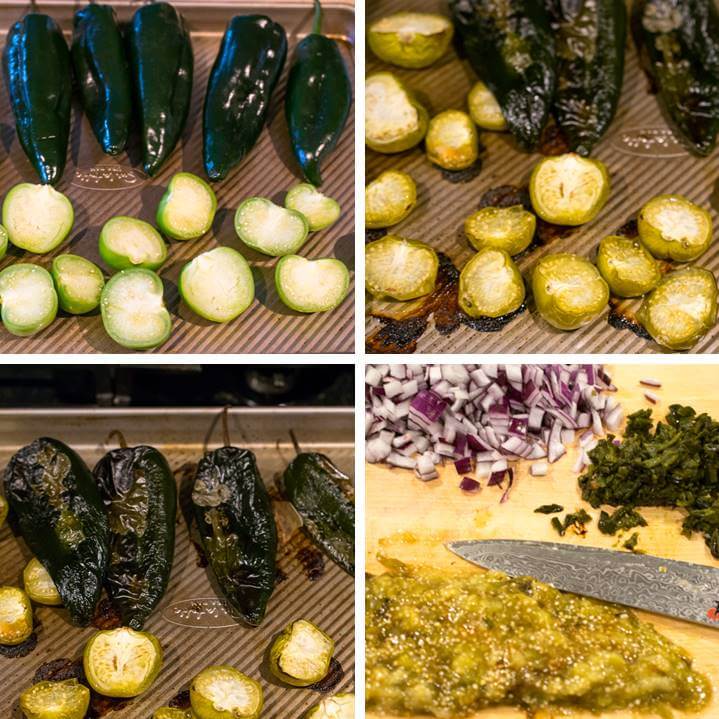 Tomatillos really benefit from being roasted or broiled in the oven at high heat, to get a little bit of char on them. It helps balance out their extreme tanginess and improves their texture, which unroasted can be a little slimy.

In this recipe, the tomatillos, along with the poblano peppers, are roasted until soft and just slightly blackened. Then, you can either chop them finely with a nice sharp knife, or throw them in a blender or food processor. This will break up the (edible) skins and release their bright and smoky flavor.

This recipe as written doesn’t make a proper green chili, since it also uses tomatoes, and black beans. If that’s what you’re after, you could try omitting the tomatoes, swapping in white beans for the black beans, and adding a bunch of chopped cilantro leaves and stems.

This isn’t a super long-simmered stew, so I wouldn’t recommend throwing it in the slow cooker. There just wouldn’t be much benefit. A lot of the flavor comes from the roasted vegetables anyway.

If your poblanos are less spicy than average and you’re looking for more of a kick, adding a few dashes of green hot sauce would be wonderful in this.

Any vegetarian protein would probably be a nice addition. Some vegetables that I think would taste good added to this black bean tomatillo chili are zucchini, potato, or green bell pepper. 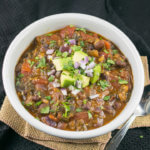 I recommend getting the tomatillos and poblanos in the oven and then starting on chopping and prep for the rest of the chili, in order to reduce the total duration needed to prepare this recipe. This recipe is pretty light in calories so if you are a higher calorie eater like me, I recommend pairing it with some cornbread, brown rice, or perhaps a plant-based protein!

Other chili recipes on the site: