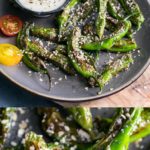 A couple of weeks ago we went out for a nice meal at a certain supertrendy Baltimore restaurant and one of the vegan items they offered to make us was a shishito peppers appetizer, so naturally I took them up on that. But I was disappointed when they arrived as just the basic salted version and for upwards of $10 for the lot. I resolved to find some more creative ways to cook and season shishitos this summer. Today it begins with everything bagel shishito peppers. 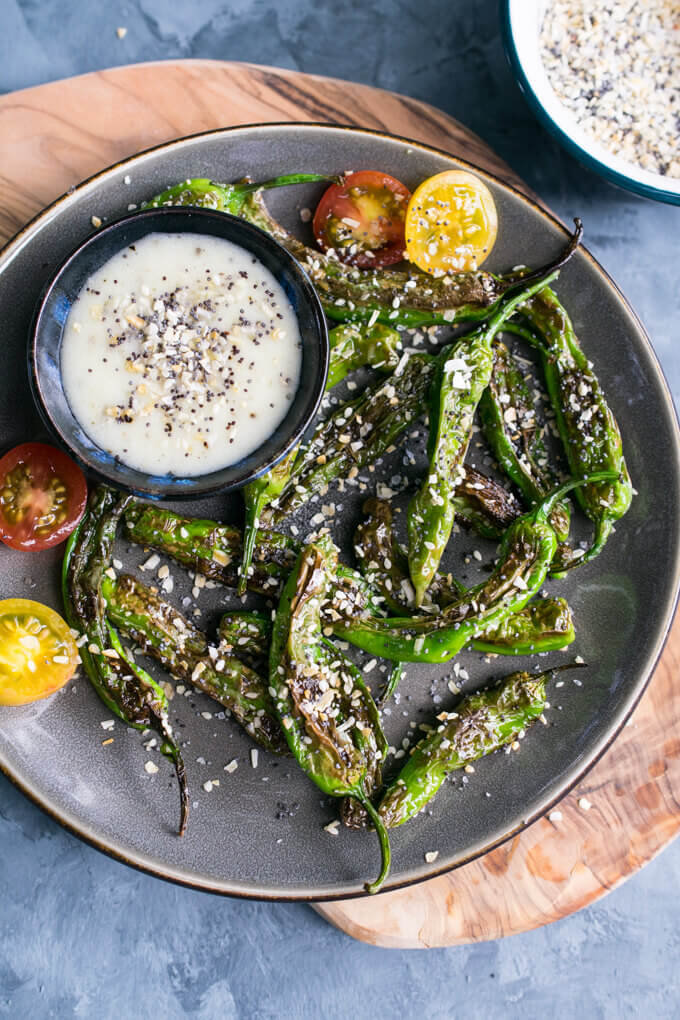 I adore shishito peppers. I don’t remember when I first tried them exactly, but a plate full of piping hot, charred peppers with flaky sea salt and little else… just tastes like summer to me. So it’s not like I disliked the dish we tried that day. I just expected more out of an eatery known for creating magical dishes from local produce. I’m not saying my everything shishitos belong on their menu, but maybe they could take a page out of this book and season them with something more creative than only salt!

My new (kinda) everything bagel seasoning is perfectly suited for this type of dish because it’s toasted, doesn’t require further blooming, and can be used in a similar manner to finishing salt. Sprinkle it generously on your pan-charred shishito peppers and then, if you like, whip up a quick creamy dip with your favorite vegan yogurt and it will feel like you’re eating an everything bagel in the form of peppers. Yep, that sentence just got written. 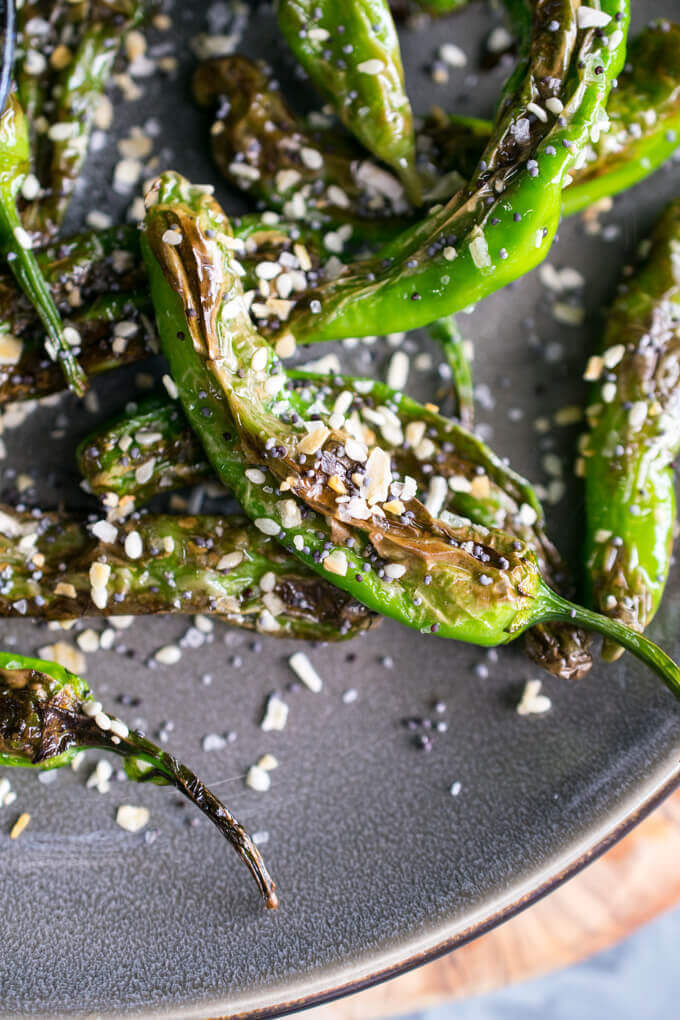 Unfamiliar with shishito peppers? They’re a small, sweet pepper with a long shape and slightly wrinkly surface. They have a thinner skin than other peppers, which makes them a good candidate for pan-roasting since they’ll blister and char quickly. Legend and empirical data say that 1 out of 10 peppers is super spicy and the rest are mild, so you get to play a little bit of pepper roulette every time you make them. That day at the restaurant, my boyfriend and I each got one incredibly hot shishito, so much so that I fear I made a scene. 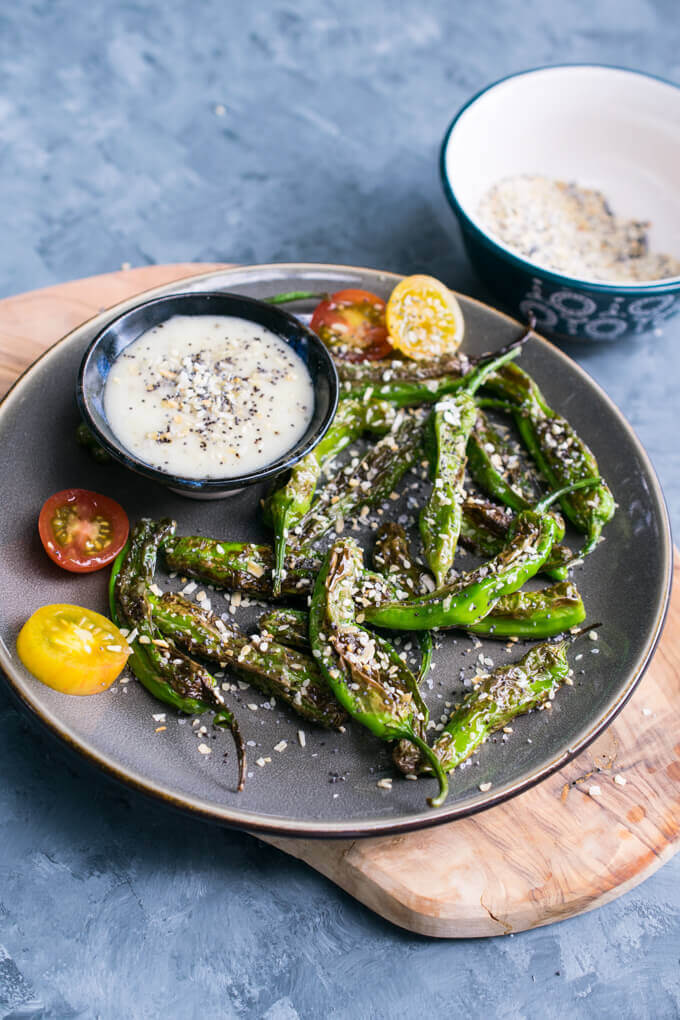 Give these everything bagel shishito peppers a try and please report back in the comments section or on Instagram with your experiences! 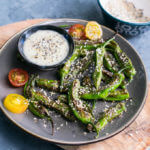 MEASUREMENTS: Exact quantity is not very important for the shishito peppers here. Just don't crowd the pan and cook in batches if needed, and season to taste! LEFTOVERS: Chop up any leftovers that you're unable to finish and add them to salsa, vegan omelettes, flatbreads, hummus, and beyond!